‘Best that we can do’: DNC viewers adjust to virtual format

BALLWIN, Mo. (AP) — Nick Zingarelli relished Michelle Obama’s speech at the Democratic National Convention this week, especially when the former first lady used President Donald Trump’s own words — “It is what it is” — to sum up Democrats’ disappointment in his presidency.

But the moment on the first night of the first virtual convention was bittersweet for Zingarelli. A line that good deserved a thunderous applause from a crowded convention hall, he thought.

“Not having that response — yeah, there was something that was taken away from that,” said Zingarelli, a 41-year-old lawyer from suburban St. Louis. “But it’s the best that we can do in this environment.”

In other words, it is what it is.

Many Americans who have tuned in to Democrats’ experiment in socially distanced political theater have come away with similar reactions. They believe that a traditional nominating convention — a boisterous and quirky affair staged for a packed audience of hyped-up political activists — had to be sacrificed for safety and public health. But its replacement — a mashup of homemade videos, slickly produced montages and speeches with no applause — takes some getting used to.

They are at home watching on TV and computer screens, or passing around clips of the highlights the day after. Some were in their cars at drive-in movie-style viewing stations Democrats set up in a few states. Some have tried for a social experience by jumping on a Zoom watch party.

Zingarelli organized a video conference for 25 attendees on Monday night and said the communal experience was lively.

“My wife and I were sitting side by side, rocking our Joe Biden aviators from the dollar store, just promoting the fun, and my wife was making signs,” Zingarelli, an ardent Biden supporter, said.

Through two nights, television viewership is sharply down from the 2016 convention. Monday’s first night reached 19.7 million viewers, the second night 19.2 million; the audience was around 25 million four years ago, the Nielsen company said. It’s hard to judge how much is due to the format, since people in general are watching less TV than they did four years ago.

The Biden campaign says an additional 10.2 million streamed the first night. Although that couldn’t be independently verified, this year’s programs appears tailor-made for that format, easily consumed in snippets and bites. The speeches have been shorter and less formal than the behind-the-podium oratory of conventions past.

The new virtual format has spawned some creative reimagining of old traditions — including a new roll call vote quickly embraced as a success. Viewers praised the montage of clips featuring delegates announcing their states’ vote tallies from state landmarks and scenic landscapes.

Laura DeGroff Simoes of Concord, New Hampshire, who voted in the Democratic primary but considers herself an independent, said it’s a welcome change that offered a glimpses of the places homebound Americans miss.

“There was much more diversity represented, there were different languages. I loved seeing the backdrop of where people were from,” said Simoes, who watched on TV alongside her husband and two sons.

Lynn Hart, a South Dakota farmer who is both Black and a member of the Yankton Sioux Tribe, would have been in Milwaukee, the original site of the convention, as a first-time delegate. While disappointed about the change, he said there have been perks. The video conference format allows him to network with other Democrats while moving seamlessly between a lineup of meetings.

“I can sit here in my shorts, T-shirt or my pajamas and pick and choose who I listen to,” he said.

But some delegates missed the in-person action.

Jackie Craig, a Minnesota delegate, watched from her home — sometimes from a closet so she wouldn’t distract the rest of the family. A self-described “obnoxious extrovert,” she said it was a “little deflating” missing the in-person experience.

“I would have been like one of those dogs who wags its tail so hard it probably passed out,” Craig, 49, said.

Republicans are watching, too. Carol Wessel Boyer of Troy, Missouri, has been active in GOP politics for decades and knows the kind of bounce conventions can give to a candidate. She doesn’t see the virtual DNC generating that sort of excitement, and doesn’t expect the Republican version will, either.

“They’re just not going to get the enthusiasm you normally pick up from a convention,” Boyer said. “It’s hard to get excited about something virtually.”

Republicans will get their shot next week. President Donald Trump is due to give his nomination acceptance speech at the White House. But GOP convention planners have said little else little about the details of their programming or format.

Nanda Nunnelly served as a delegate at the 2016 convention in Philadelphia, and she’s a delegate again. This time, she’s been watching with another delegate, Genevieve Williams, from Williams’ home in Neosho, Missouri.

Nunnelly, 53, says they miss the crowds, drama and excitement — not just from the soaring speeches and historic moments, but at the parties afterward. 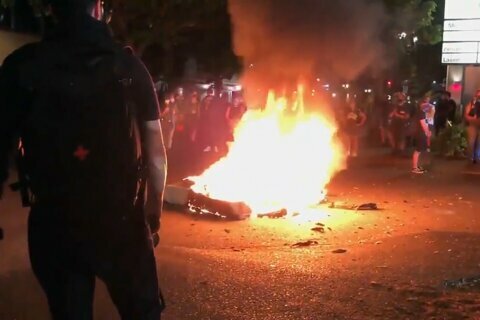 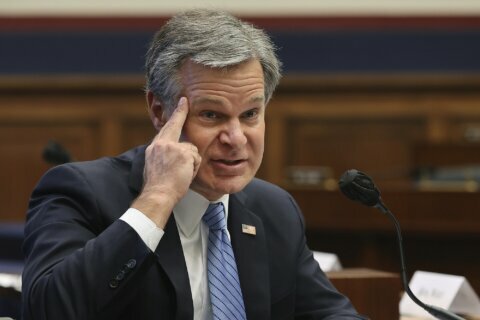 FBI director says antifa is an ideology, not an organization 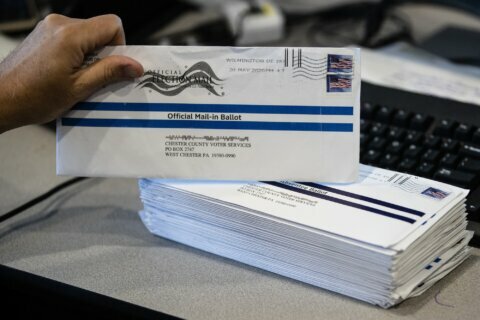