TOPEKA, Kan. (AP) — A state court judge has rejected a freshman Kansas congressman’s request to remove the Topeka area’s prosecutor from a criminal election fraud case against him.

Attorneys for Republican Rep. Steve Watkins failed to show that District Attorney Mike Kagay in Watkins’ home of Shawnee County had “an axe to grind” in filing three felony charges against Watkins, District Judge David Debenham said in a ruling this week. Both Watkins and Kagay are Republicans, but Watkins argued that Kagay was colluding with Watkins’ main primary opponent because they shared a campaign consultant.

Watkins lost his GOP primary race to State Treasurer Jake LaTurner, who made the criminal case a key issue in their eastern Kansas district. Watkins made his request to disqualify Kagay from the criminal case before the state’s Aug. 4 primary.

Debenham rejected Watkins’ argument that it was suspicious for Kagay to refuse to meet with the congressman during the investigation. Kagay said Friday that he has never met with the subject of an investigation while it is pending.

The judge also said he “could not see” how Kagay’s use of the same consultant as LaTurner “illustrates a conflict” even with the consultant’s public opposition to Watkins.

“Any connection is much too tenuous to find a valid conflict of interest,” Debenham wrote in his seven-page opinion.

Authorities began investigating in December whether Watkins broke state election laws by listing a postal box at a UPS Inc. store as his residence on a state voter registration form, but Kagay filed the charges just three weeks before the primary, a half hour ahead of the only televised debate between the GOP candidates.

Kagay said: “It is pretty straightforward and the order speaks for itself.”

Watkins is accused of voting illegally in a Topeka City Council race in November 2019 and of trying to mislead a sheriff’s detective who was investigating whether he broke state election laws. He listed the UPS store postal box as his residence last year for voter registration purposes but later corrected his residential address — twice. It’s now an apartment that lies outside the City Council district that includes the UPS store.

Watkins has said he made a mistake and corrected it, calling the criminal charges “bogus.”

He acknowledged during a Kansas City Star interview in late July that he voted in the wrong City Council district but said he did not intend to break the law. He suggested the voter registration resulted from “collegial” work with his staff but denied an allegation that he tried to mislead the detective by blaming the voter registration problem on his staff. 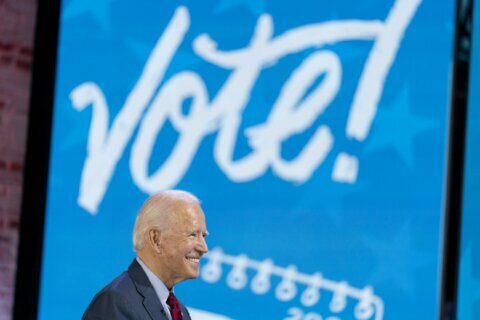