The Nevada lawsuit highlighted a practice that has long fueled Republicans’ suspicions about mail-in voting.

Although widely practiced and rarely found to be abused, the rule permitting a third party to collect and return multiple ballots remains a source of partisan dispute. Those fights are likely to continue up to Election Day as states adjust their laws for the pandemic. One of the few recent instances of fraud related to ballot collection happened in North Carolina in 2018, resulting in a congressional election being overturned.

More than half of states allow a third party to collect ballots. And political groups and campaigns from both parties have run ballot-collection programs aimed at boosting turnout and ensuring voters who are older, homebound, disabled, or live far from U.S. postal services can get their ballot returned.

“This is not new ground,” Nevada’s Democratic Assembly Speaker Jason Frierson said in a statement. “Allowing someone to assist a voter in turning in their ballot helps protect vulnerable populations, including our tribal and rural communities.”

Trump and the GOP contend “ballot harvesting” opens the door for fraud and have fought to restrict it. This has escalated as states prepare for greater reliance on absentee voting or vote-by-mail amid COVID-19.

“The issue has taken on heightened importance because there are so many people that are either confined to their homes or fearful of going to out to the post office because of the coronavirus,” said Wendy Weiser, director of the Democracy Program at the Brennan Center for Justice.

This year, Republicans and Democrats have squared off in lawsuits over the third-party collection of ballots in Pennsylvania, Florida and Minnesota. In Wisconsin, a conservative law firm known as the Wisconsin Institute for Law and Liberty requested that election officials outlaw the process. Though that state’s laws don’t specifically address “ballot harvesting,” officials said they weren’t aware of any efforts to systematically collect absentee ballots in the state and did not impose a rule prohibiting it.

The 9th U.S. Circuit Court of Appeals earlier this year struck down a 2016 law passed by Republicans in Arizona that made it a felony for someone besides a voter’s family member or caregiver to return an absentee ballot. While the appeals court sided with Democrats who had sued to challenge the law, the ruling is on hold while the state’s Republican Attorney General Mark Brnovich appeals to the U.S. Supreme Court. In the meantime, the ballot collection restriction remains in force for the 2020 election.

In Nevada, an easing of ballot collection rules was included in a new law that calls for automatically sending ballots to all active voters this November.

Trump’s reelection campaign, the Republican National Committee and Nevada GOP filed a lawsuit last week asking a judge to strike down the law. The complaint makes a brief mention of “ballot harvesting,” alleging without supporting evidence that it is among changes that “facilitate fraud and other illegitimate voting practices.”

Nevada’s Democratic attorney general asked a judge this past week to dismiss the lawsuit. A hearing has not yet been held.

Election security experts say voter fraud is rare among all forms of voting, including by mail. They point to a 2018 congressional election in North Carolina as one of the few instances where there were reports of fraud related to ballot collection. A state probe there found that a Republican political operative illegally gathered ballots and workers testified that they were directed to collect blank or incomplete ballots, forge signatures and fill in votes. Officials overturned the election.

North Carolina is among 10 states that generally only allow a family member or caregiver to drop off someone’s ballot, according to the National Conference of State Legislatures.

Nevada is among 26 other states allowing voters to more broadly designate someone to drop off their ballot. About a dozen of those states have imposed limits on how many ballots a person can submit. Minnesota limits a person to collecting and returning three ballots, for example.

California since 2016 has allowed for someone to collect an unlimited number of ballots from voters, though it does bar someone from being paid based on how many ballots they return.

California’s law became the source of controversy and GOP criticism after Democrats used the practice to their advantage in 2018, flipping Republican-held congressional seats after a flood absentee ballots came in before the deadline and were counted after Election Day.

Richard L. Hasen, a law professor and elections expert at the University of California, Irvine, School of Law, said that despite then-U.S. House Speaker Paul Ryan declaring it “bizarre,” there was no evidence in those contests that any ballots were tampered with.

Hasen said that’s particularly true for states like Nevada that plan to send ballots to voters in the mail regardless of whether they requested one.

Nevada’s law does not include limits on how many ballots can be collected or restrictions on payment. It does allow someone to be charged with a felony for blocking the ballot from being submitted or failing to return it after being entrusted to do so.

In addition to expanding ballot collection, Nevada’s law also allows voters who are over 65, have a disability or are unable to read or write to have someone assist them in physically marking their ballot. Those provisions have also drawn criticism from Trump.

Nevada requires anyone assisting a voter in physically marking a ballot to include a written statement with the name, address and signature of the person who assisted the voter. 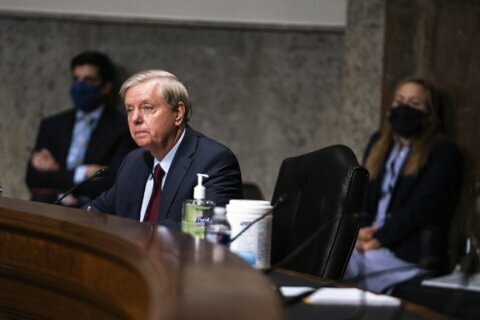 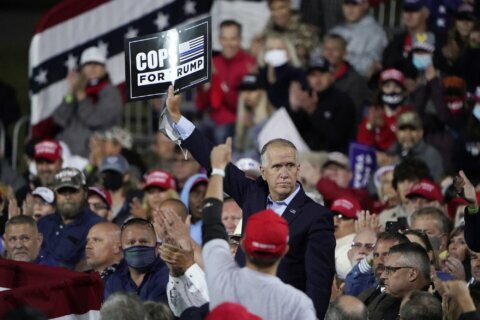