WASHINGTON (AP) — A federal appeals court in Washington appeared inclined Tuesday to let a judge decide on his own whether to grant the Justice Department’s request to dismiss the criminal case against former Trump administration national security adviser Michael Flynn.

Many members of the court expressed repeated skepticism at arguments from the Justice Department and Flynn’s attorneys that a judge was not empowered to probe the motives behind the government’s decision to abandon the prosecution of Flynn, who pleaded guilty as part of the special counsel’s Russia investigation to lying to the FBI.

The nearly four hours of arguments were the latest step in a long-running legal saga that has prompted an extraordinary power struggle between the executive and judicial branches. The case will almost certainly persist for months if the court rejects Flynn’s efforts to get a speedy dismissal and returns it to U.S. District Judge Emmet Sullivan, who refused to immediately grant the department’s request to drop the prosecution.

The court is not deciding whether the case should be dismissed or whether the Justice Department had good reason to move to drop it in May despite Flynn’s own guilty plea. Instead, the question is a more procedural one: whether Flynn’s attorney is entitled to leapfrog Sullivan and get an order from the appeals court forcing the judge to dismiss the prosecution before Sullivan himself has had a chance to rule.

A ruling against Flynn would not undo his guilty plea or end the case but simply return it to Sullivan for a hearing on the government’s request to dismiss.

The entire court took up the matter after a three-judge panel, in a 2-1 ruling in June, ordered Sullivan to dismiss the case. Several of the judges made clear through their questioning that they were deeply skeptical of arguments that Sullivan was not entitled to scrutinize the department’s decision and second-guess the motives behind it.

Judge Thomas Griffith, an appointee of President George W. Bush, bristled when Flynn’s lawyer, Sidney Powell, characterized as “pretty ministerial” the role of a judge when the government and the defendant both agree that a case should be dismissed.

Judge Cornelia Pillard, an appointee of President Barack Obama, said that though the Justice Department is generally entitled to deference, “the integrity and independence of the court” must also be respected.

She told Jeffrey Wall, the acting solicitor general, that by urging Sullivan to dismiss the case, it was asking him to contradict an action he had taken nearly two years ago when he accepted Flynn’s guilty plea ago at the urging of the Justice Department.

“He previously got on board,” Pillard said of Sullivan, “and you’re saying, ‘actually, never mind.'”

“What self-respecting … judge would simply jump and enter an order without doing what he could do to understand both sides?” Pillard asked, referring to the section of the Constitution that established the judiciary branch.

Wall denied that the Justice Department was asking Sullivan to contradict anything he had done earlier, but rather to simply recognize that the government no longer wants to pursue the case. He said just as the Justice Department cannot be forced to initiate a prosecution, no matter how questionable its motives may be, it also cannot be compelled to continue a prosecution that it no longer wants to pursue.

Wall also suggested that information not yet made public influenced Attorney General William Barr’s decision to drop the case.

“It may be possible that the attorney general had before him information that he was not able to share with the court, and so what we put in front of the court were the reasons that we could, but it may not be the whole picture available to the executive branch,” Wall said.

Flynn was the only White House official charged in special counsel Robert Mueller’s Russia investigation into ties between the Trump campaign and Russia.

He pleaded guilty to lying to the FBI about having discussed sanctions during the presidential transition period with the then-Russian ambassador to the United States. Those concerns prompted alarm within the FBI in part because White House officials had stated publicly that Flynn and the ambassador had not discussed sanctions.

Flynn was awaiting sentencing when the Justice Department announced in May that it was abandoning the case following an internal review.

That review concluded that the FBI had insufficient basis to question Flynn about his conversations with the diplomat, which Barr says were appropriate, and that statements he made during the interview were not material to the broader counterintelligence investigation into ties between Russia and the Trump campaign.

The lawyers also argued Tuesday about whether Sullivan should be removed from any future proceedings in the case because of a perceived bias against Flynn. Sullivan appointed a retired federal judge, John Gleeson, to argue against the Justice Department’s position. Gleeson said the motion to dismiss amounted to a gross abuse of power.

Powell, Flynn’s lawyer, accused Sullivan of having usurped his authority and argued that he needed to be disqualified from the case because of an appearance of bias. Wall, too, said the Justice Department had grown troubled by Sullivan’s actions.

“Only the government can decide when to stop a prosecution, and that’s the authority he is intruding on,” Powell said. “He’s not entitled to ask any questions about that whatsoever.”

Beth Wilkinson, a lawyer for Sullivan, said the judge is simply doing what judges do: preparing to rule on a motion.

“The parties’ speculation and fears about what the district court might do are not a proper basis” to take the case away from Sullivan, she said. Had the hearing been held as scheduled last month, she noted, the case could have already been over by now. 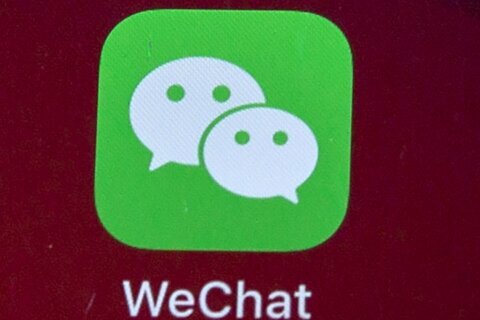