Rep. James Clyburn said Wednesday the COVID-19 crisis is “much, much worse” than the 2008 Great Recession because the U.S. is without a national strategy to contain the coronavirus.

“Our entire economy is at stake,” Clyburn told The Associated Press in a Newsmakers interview.

The third-ranking House Democrat said he’s hopeful that negotiators on Capitol Hill can reach an agreement soon on a new virus aid package. But he said it’s a direr situation than the financial crisis more than a decade ago.

Clyburn said, “That’s not the way you run a national government.”

As the virus crisis scrambles the summer political conventions, Clyburn said he won’t be attending the Democratic National Convention in Milwaukee, which officials said Wednesday will be almost entirely virtual.

But he said it’s not appropriate for President Donald Trump to use the White House as the backdrop to accept the Republican Party’s nomination, as Trump has suggested.

“Let him do it from the golf course,” Clyburn said.

He warned that Trump may be trying to sway the election by discouraging voter turnout or the use of mail-in ballots during the pandemic.

“We got bar codes that can identify every stick of chewing gum in a grocery store and you are telling me that we cannot have bar codes to identify every ballot that goes out and certify it as it comes in?” he said.

“We can do this. That’s what we’ve got to do. Put the money in this budget. And so that we can have a fair, unfettered election,” said Clyburn, who is the House Democratic whip. “This guy is trying to do everything he possibly can to prevent that from happening.”

The South Carolina Democrat was widely seen as instrumental in Joe Biden’s sweep of the early-primary state, and as the highest-ranking Black lawmaker he has been an influential voice as the presumed Democratic nominee chooses a running mate.

Clyburn said he hopes Biden will consider naming a Black woman as the vice presidential pick, but it’s not a “must.”

“The only real must is to win the election,” he said. “I’m the father of three black women. I would be very proud to see a black woman on the ticket. But having said that, I’ve also said I don’t think that’s a must.”

Clyburn dismissed concerns being raised over one potential vice presidential contender, Rep. Karen Bass, D-Calif., over comments she has made that were seen as sympathetic to Cuba under its former leader Fidel Castro.

“Well, this seemed to concern a lot of people, but, you know, I was a 19-year-old one time myself,” he said. “One should not hold people responsible for the rest of their lives for something they may have said as a 19- or 20-year-old child. You know, when I was a child, I spoke as a child and understood as a child. But when I became a man, I put away childish things. I think the same thing applies to women as well.”

He also took in stride the apparent defeat of a longtime colleague, Rep. Lacy Clay of Missouri, in Tuesday’s primary to newcomer Cori Bush, as simply the flow of the times.

Bush was a leader of the Black Lives Matter movement that emerged from the police shooting of Michael Brown in Ferguson, Mo. “This issue has been looming over the political process in Missouri,” Clyburn said.

He praised Clay’s tenure as a lawmaker and welcomed Bush’s candidacy. “I hope that we can continue to move forward,” he said. “Everybody get their turn to do whatever they can do. And she’s going to have her turn. And I will be as helpful for her as I can possibly be.”

As negotiations churn in Congress on the next aid package, Clyburn noted that Democrats already approved their sweeping COVID-19 aid bill months ago while Senate Majority Leader Mitch McConnell criticized it and hit pause on further assistance.

“The House did its work,” he said. “And, of course, Mitch McConnell told us at the time that it was literally a joke. He didn’t see the seriousness of it.” 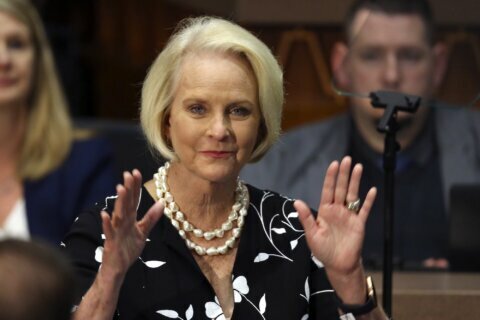 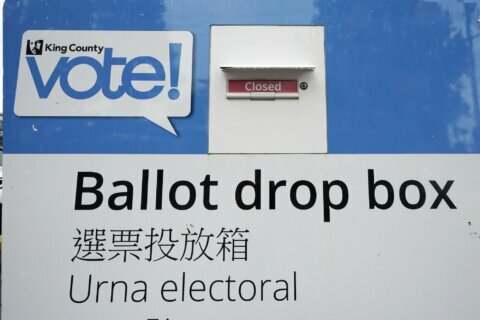