2020 Watch: Can Trump expand his coalition beyond his base?

Joe Biden’s Democratic Party just pulled off the first national convention of the coronavirus era, an all-virtual affair that felt like an extended infomercial at times but was praised by Republicans and Democrats alike for its production value and outreach to voters across the political spectrum. Biden’s prime-time speech earned bipartisan approval as well, aided, perhaps, by the rock-bottom expectations Republicans helped set by spending much of the year questioning the former vice president’s mental acuity.

With Election Day just 10 weeks away, the Republican president has four nights of prime-time television to convince America’s pessimistic electorate that he deserves another four years in office. Given the out-of-control coronavirus pandemic and the sagging economy, it will be no easy task.

We’re about to see whether Trump’s GOP has the capacity or willingness to expand his coalition beyond his base. It’s an essential question for the Republican president. Pollsters in both parties say that there simply aren’t enough Trump base voters out there to ensure he wins reelection.

The convention program suggests that the president will continue to seize on the nation’s cultural divides, particularly around issues of racial injustice and policing. This may motivate his largely white base, but it’s unlikely to help him improve his standing among women, college-educated voters or minorities who have turned against him.

But the Republican convention will also feature a collection of more diverse Trump supporters. South Carolina Sen. Tim Scott, the only Black Republican senator, is scheduled to deliver Monday’s opening address; and Alice Johnson, a Black nonviolent drug offender Trump pardoned in 2018, is set to appear on Thursday.

Such voices could be significant — if they’re able to break through the higher-profile figures on the conservative media circuit planning to deliver red meat for the president’s base.

Can the GOP convention meet the Democrats’ bar?

Whether they agreed with the message, leaders in both parties complimented Biden’s team for hosting a well-run convention despite unprecedented logistical challenges. Maybe it doesn’t matter to many voters, but such execution speaks to a candidate’s ability to govern under difficult circumstances.

Trump’s 2020 campaign has been run much more professionally than his first, but a deep sense of chaos continues to haunt Trump’s presidency. With time running out to improve his standing, Trump’s team can ill afford any embarrassing stumbles that could stain what is typically the most scripted week of a presidential campaign.

It’s no secret that presidential campaigns typically get a modest polling bounce after their conventions. It’s also no secret that the television ratings for last week’s Democratic convention were down significantly compared with four years earlier. Biden’s campaign insists that the online numbers made up for the drop in TV viewership, but it remains to be seen whether the overall ratings will help Biden’s polling numbers.

It’s worth noting, of course, that Biden has held a significant polling lead over Trump for much of the year, so he doesn’t exactly need a big bump. But pollsters on both sides tell us the race was narrowing, at least a bit, heading into last week’s convention. And given Trump’s surprise victory four years ago, Democrats are desperate for any advantage they can get.

We’re particularly interested in whether Democrats are any more excited to vote for Biden — instead of just voting against Trump. As we’ve stated here repeatedly, it is a distinction that could matter in a close election.

How do Republicans address the pandemic?

More than 176,000 Americans have been killed by COVID-19 under Trump’s watch. Roughly 1,000 people are still dying each day.

Trump has consistently downplayed the threat of the coronavirus. But with the eyes of the nation on him this week, he and his party will be under intense pressure to acknowledge the worst public health threat in a century in a responsible and reassuring way.

Monday’s program will feature a Montana coffee shop owner who received federal loans to pay her employees during the pandemic. Trump will need more than that to reassure an anxious nation.

As the political world focuses on the messaging and stagecraft of the Republican convention, Biden’s team has a week alone to focus on the grunt work of identifying and persuading the people it needs to turn out to vote this fall.

It’s a difficult task under the best of circumstances, but this year offers the most complicated get-out-the-vote challenge in modern history as voters navigate shifting state election laws in the midst of the pandemic. Democrats have largely avoided face-to-face voter contact given health concerns, but with early voting set to begin next month in several states, it’s unclear if phone calls, texts and mail will get the job done.

Postmaster General Louis DeJoy committed to delivering election mail “securely and on time” last week, but it’s impossible to ignore the mounting problems at the federal agency responsible for delivering tens of millions of mail ballots.

The latest: Food is rotting and animals are dying because of postal delays, including nearly 5,000 baby chickens shipped to Maine farmers last week.

Over the weekend, the Democrat-led House, backed by more than two dozen Republicans, approved a $25 billion package to strengthen the U.S. Postal Service. Senate Republicans are expected to kill the measure, and if they don’t, Trump has promised a veto.

Given the potential impact on voting, it’s getting harder and harder to understand the Republicans’ resistance. 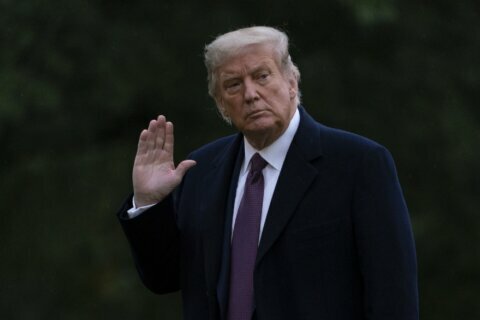 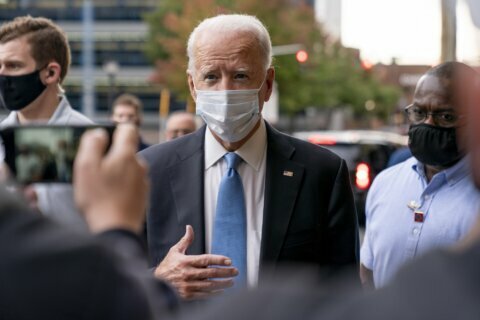