WASHINGTON (AP) — President Donald Trump is resuming in-person fundraising events after a three-month hiatus as his campaign works to maintain a cash advantage over Democrat Joe Biden that it believes is vital to victory in November.

Trump is traveling to Dallas on Thursday to raise more than $10 million for his campaign and the Republican Party, according to a GOP official who spoke on condition of anonymity to discuss the plan. He’ll hold another event Saturday at his private golf course in New Jersey.

The moves come at a critical moment in the campaign. Trump’s reelection plans have been rocked by the coronavirus pandemic, a severe economic recession and weeks of nationwide protests over racial injustice. That’s added to a sense of urgency to build on the more than $250 million Trump already has in the bank to overcome stiff headwinds.

“There is definitely pent-up excitement for in-person fundraisers,” said Republican National Committee spokesman Michael Ahrens. “Donors are eager to support the campaign and our party.”

Republican Party and Trump campaign officials held virtual fundraising events during the pandemic, but in-person events featuring the president are far more lucrative. Trump is planning a steady stream of fundraisers to keep his campaign flush with cash through Election Day.

The fundraising trip also marks the president’s first formal return to political activities since the pandemic and comes ahead of Trump’s planned resumption of political rallies later this month. Trump said the first event would be next week in Tulsa, Oklahoma, followed by rallies in Florida, Texas and Arizona — all states led by Republicans who have aggressively relaxed social distancing restrictions.

Trump’s return to the fundraising circuit comes after his cash intake slowed during the pandemic. He barely eked out a lead over Biden in April, taking in $61.7 million, compared to the $60 million Biden raised with the Democratic National Committee.

Biden’s April haul was all the more impressive because for much of that month he had not yet entered into a joint fundraising agreement with the DNC, a step that now allows him to rake in massive checks from wealthy donors that can top $600,000.

“After watching his approval rating steadily decline week after week, Donald Trump is now putting his own supporters at risk in the midst of a Texas coronavirus spike so he might breathe some semblance of life into his flailing campaign,” said Biden spokesman TJ Ducklo.

And while Trump has raised a record-breaking $742 million and sits on massive cash reserves, he will need a new influx of money as he seeks to redefine Biden and bolster his own approval rating.

One bright spot for Trump is his grassroots fundraising from donors who typically chip in small amounts online. While this important stream of revenue also dipped during the pandemic, it has significantly rebounded and accounted for about 44% of the money his presidential committee took in in April, records show.

Much of that has been raised through an aggressive small-dollar fundraising campaign flooding populous but less competitive states like California, New York and Texas with online advertising geared toward raising massive amounts of money that he could unleash in the general election campaign.

Trump campaign manager Brad Parscale likened the campaign on Twitter last month to the “Death Star,” charging up to unleash its fury on Biden. That effort was to have begun once Biden effectively clinched the nomination in March but was delayed by the pandemic. Now Trump’s campaign is readying to attack Biden in earnest.

In late May, the campaign placed a $5 million ad buy on broadcast and cable TV, according to Advertising Analytics. The spending targeted battlegrounds like Florida, Ohio, North Carolina, Pennsylvania, Arizona, Wisconsin and Iowa.

Facebook advertising figures show the campaign has run more than $11.5 million in ads over the last 90 days. And his campaign committees have spent $10.6 million on Google ads since early April.

So far, ads by Trump and his allies attacking Biden have shown little effect in polls, and many have been aimed at animating the president’s base rather than winning over the dwindling pool of undecided voters.

In a sign the campaign might be concerned about its prospects, it’s also spending aggressively in states he won by wide margins four years ago like Ohio and Iowa. That’s a shift from earlier in the year when the campaign boasted of expanding into Minnesota and New Mexico.

“Despite the fact that the Trump campaign has talked about going on offense in places like New Mexico, their spending tells a much different story,” said Guy Cecil, chairman of Priorities USA, the largest Democratic outside group. “The fact of the matter is, the entirety of the Trump campaign, at least at this point, is being spent on defending an ever-shrinking electoral map.”

That includes money he’s spent on national TV buys, an expensive drain of resources that could otherwise be spent targeting battlegrounds that will determine the outcome of the election. His campaign also recently spent six figures on Trump ads in the Washington, D.C., cable market. While voters in the heavily Democratic area are all but certain to cast ballots against the president, the ad buy had an intended audience — Trump.

It’s unclear whether money will play as pivotal a role in this election as compared to years past. The pandemic, the economic collapse and the civil unrest have delivered an unprecedented series of shocks that have diminished Trump’s standing in public opinion polls.

Add to that the fact most people have a pretty good idea of who Trump and Biden are, and there exists a scenario where money may not be as much of a difference maker. That’s unlike 2012, when Democrats unloaded a series of brutal ads targeting Mitt Romney, who was far more unknown to a national audience.

“I don’t believe money is going to be as important,” said John Morgan, a major Democratic fundraiser who supports Biden. “We’ve heard it all. Trump is defined. Joe Biden is defined.” 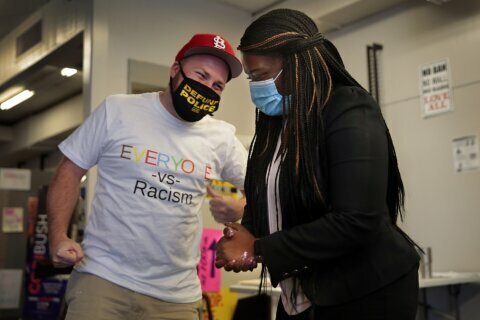 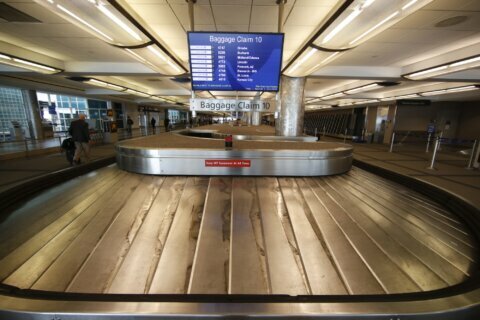