WASHINGTON (AP) — Building ramparts of secrecy around a $600 billion-plus coronavirus aid program for small businesses, Treasury Secretary Steven Mnuchin has moved from delay to denial in refusing outright to disclose the recipients of taxpayer-funded loans.

Mnuchin told Congress at a hearing this week that the names of loan recipients and the amounts are “proprietary information.” While he claimed the information is confidential, ethics advocates and some lawmakers see the move as an attempt to dodge accountability for how the money is spent.

Businesses struggled to obtain loans in the early weeks of the program, and several hundred publicly traded companies received loans despite their likely ability to get the money from private financial sources. Publicly shamed, a number of big corporations said they would return their loans.

“Given the many problems with the program, it is imperative American taxpayers know if the money is going where Congress intended — to the truly small and unbanked small business,” Senate Minority Leader Chuck Schumer said Friday. “The administration’s resistance to transparency is outrageous and only serves to raise further suspicions about how the funds are being distributed and who is actually benefiting.”

The Small Business Administration — an agency with about 3,200 employees and an annual budget shy of $1 billion — is shouldering the massive relief effort for U.S. small businesses and their employees left reeling by the economic punch of the pandemic. A signature piece of Congress’ multitrillion-dollar coronavirus rescue, and touted by President Donald Trump, the unprecedented lending program is intended to help small employers stay afloat and preserve jobs in a cratering economy losing tens of millions of them.

About 10 weeks after the Paycheck Protection Program was launched, the SBA says it has processed 4.5 million loans worth $511 billion. But it has yet to make public the recipients of taxpayer aid. The agency has only provided general information, such as the total amounts of loans awarded in a given time period.

The loans can be forgiven if businesses use the money to keep employees on payroll or rehire workers who have been laid off.

“Hiding recipients of federal funds is unacceptable and must end,” Clyburn, a Democrat, said in a statement to The Associated Press. “American taxpayers deserve to know if their money is being used to help struggling small businesses, as Congress intended, or instead is being siphoned off through waste, fraud and abuse.”

At least one Republican lawmaker shared the frustration over Mnuchin shutting the door on the data. Sen. Josh Hawley of Missouri was angered after SBA Administrator Jovita Carranza told him that confidentiality also applies to Paycheck Protection Program loans made to Planned Parenthood or its affiliates.

“We learned nothing new about what the SBA has been doing to rectify this, or if any of the funds have been paid back,” Hawley said in a statement Friday. “As far as we know, Planned Parenthood has taken $80 million in taxpayer money straight to the bank. It’s unacceptable and I won’t stop until I get answers.”

Asked previously by news organizations for information on the companies receiving loans, the SBA has said it’s too consumed by the urgent effort of helping small businesses through the economic downturn to provide the data. It said specific loan data may be released “in the near future.”

But Mnuchin ditched that ambiguous position this week, making it clear at a Senate hearing that the administration does not plan to disclose the recipient names and amounts. While the SBA administers the program, Mnuchin’s Treasury Department has ultimate control over it.

“We believe that that’s proprietary information, and in many cases, for sole proprietors and small businesses, is confidential information,” Mnuchin said during the hearing by the Senate Small Business Committee.

He said the emergency lending program is unlike SBA’s main traditional lending program, known as 7(a), for which the agency has regularly released information on businesses that have borrowed money.

Republican Sen. Susan Collins of Maine, who supports Mnuchin’s position, said in a statement Friday that the PPP is different from the 7(a) program because the amount of a PPP loan is calculated directly and only as a percentage of the business’ payroll. Therefore, Collins said, public disclosure of the new data “would reveal proprietary information.”

At the same time, Collins said, the Government Accountability Office, which is Congress’ auditing arm, and other government watchdogs should have access to the detailed data. Mnuchin promised in his testimony to give the GAO access to the PPP loan data.

The loan application for the Paycheck Protection Program includes this notice to potential borrowers: Under the Freedom of Information Act and with certain exceptions, the SBA “must supply information reflected in agency files and records to a person requesting it.”

Nearly a dozen news organizations, including The AP, The Washington Post and The New York Times, have sued the SBA in federal court for not having released the loan data despite several requests under the Freedom of Information Act. They accuse the agency of violating the FOIA law. The SBA has declined to comment on the lawsuit.

Mnuchin’s pledge to give the GAO’s auditors access to the PPP loan data appeared to satisfy some senators, who didn’t press him on public release of the information.

Praise for the small-business loan program flowed to Mnuchin and Carranza at the hearing from senators from both parties, who cited the positive economic impact across the country. Typical of the enthusiasm was Sen. Cory Booker, Democrat from New Jersey, who told them, “I just want to give my gratitude for the difference it has made in my state.”

Sen. Marco Rubio, the Florida Republican who heads the Small Business panel, said Friday he will “work closely with SBA and Treasury to ensure enough data is disclosed about the program to determine its effectiveness, and ensure there is adequate transparency without compromising borrowers’ proprietary information.” 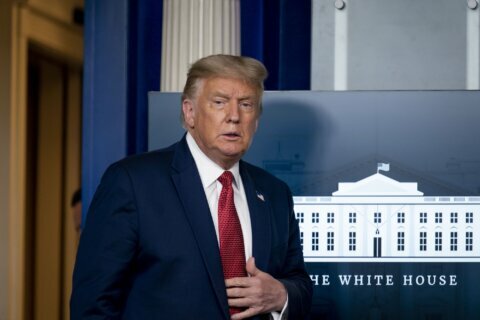 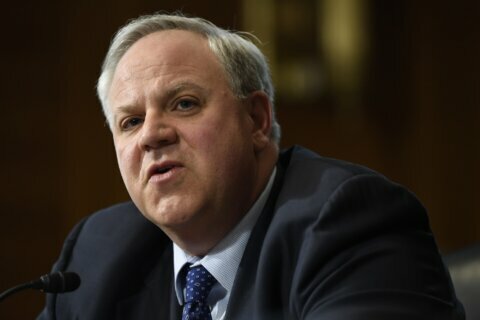 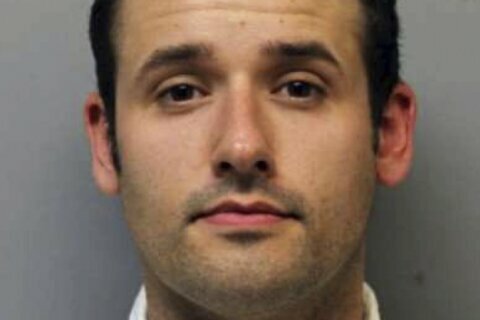 The Latest: Republican ends bid on primary day after arrest