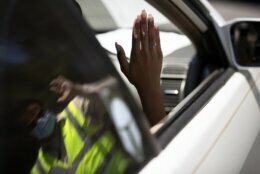 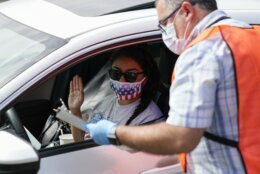 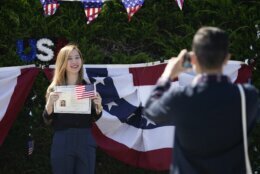 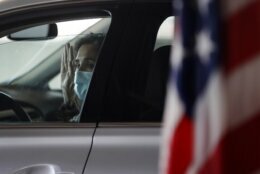 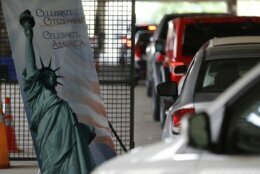 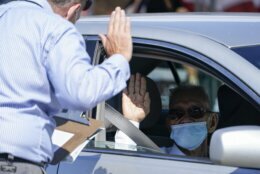 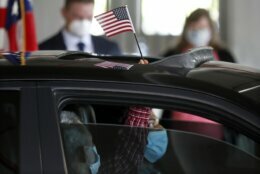 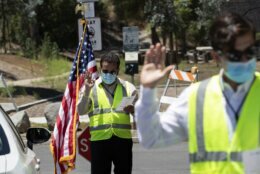 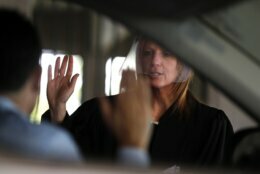 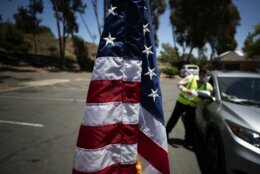 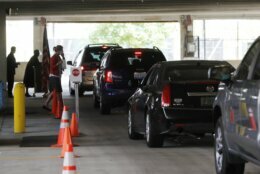 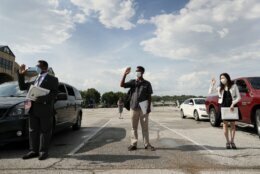 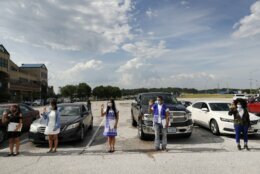 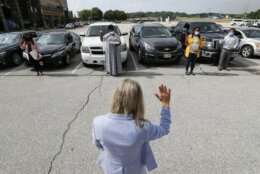 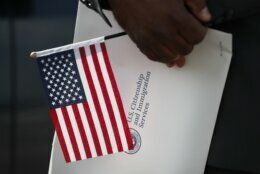 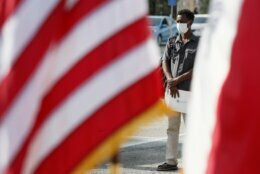 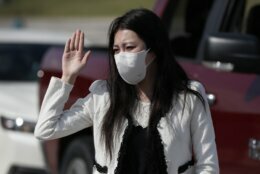 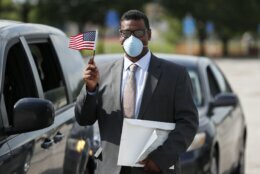 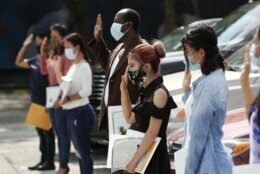 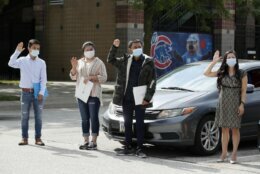 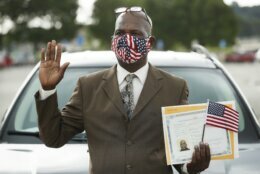 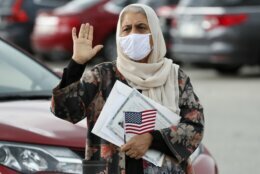 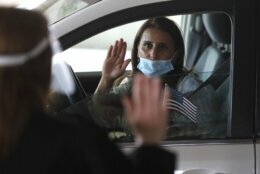 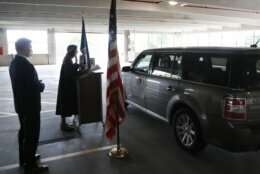 DETROIT (AP) — A 60-year-old U.K. citizen drove into a Detroit parking garage on a recent afternoon, lowered the window of her SUV to swear an oath, and left as a newly minted American.

It took less than 30 minutes.

Anita Rosenberger is among thousands of people around the country who have taken the final step to citizenship this month under COVID-19 social-distancing rules that have turned what has long been a patriotic rite of passage into something more like a visit to a fast-food restaurant.

“It was a nice experience in spite of the fact that I was in the car by myself with a mask on,” said Rosenberger, a sales manager for an electronics component company from suburban Detroit. “And I will say that I will remember this.”

Similar drive-thru ceremonies are being held around the country, but perhaps for not much longer. U.S. Citizenship and Immigration Services says a budget crisis could force the agency to furlough nearly three-quarters of its workforce, severely curtailing operations as tens of thousands of people wait to become citizens.

That could have potential political consequences, especially in states such as Michigan and Florida where the number of newly naturalized Americans already exceeds the narrow margin of victory for President Donald Trump in 2016.

“I wouldn’t be surprised if you have several hundred thousand people who are not in a position to vote in this election but would have been if business had been progressing normally at USCIS,” said Randy Capps of the Migration Policy Institute. “That’s been everyone’s concern.”

The citizenship agency has not detailed publicly how it will operate if it doesn’t get $1.2 billion in emergency funding from Congress before Aug. 3. It said in a written response to questions that “all USCIS operations will be impacted by a furlough” that covers more than 13,000 workers.

USCIS derives nearly all its $4.8 billion budget from fees it charges to people who apply to live or work in the country. Revenue was already in decline under Trump, whose administration has imposed a number of immigration restrictions. The agency says COVID-19 caused it to drop by half.

“The effects of the coronavirus pandemic are long reaching and pervasive, leaving few unscathed in its wake,” Acting Director Joseph Edlow said.

In written responses to questions, the agency says it would pay back the money it receives from Congress with a 10% surcharge on fees.

While the agency cites the pandemic for its budget woes, immigration experts and a USCIS employee union say other factors include administration policies of devoting more resources to vetting applications and searching for fraud.

The administration has also halted a number of programs — including a recent freeze on H-1B visas for skilled workers — that provide an important source of revenue for USCIS.

“The agency has really moved away from its mission and become more of an enforcement agency that carries out the agenda of the Trump administration,” said Diego Iñiguez-Lopez, policy and campaigns manager for the National Partnership for New Americans, an immigrant advocacy organization.

USCIS typically swears in 15,000 new citizens per week. The agency said there were about 110,000 people waiting to take the oath when they shut down in-person operations in March because of the virus. It said it expects to work through the backlog by the end of July, thanks in part to ceremonies like the one held at the federal building in Detroit or similar ones outside a minor league baseball stadium in Des Moines, Iowa, and a community recreation center near San Diego.

Some in Congress have pushed to allow virtual swearing-in ceremonies, but the agency has refused.

Behind those waiting for the ceremony are a long line of some 700,000 people who have submitted applications for naturalization, facing an average time to process that has risen to 10 months from six months in the last year of the Obama administration.

That backlog has a number of causes, including a surge in interest due to the election of a president who has made restricting immigration a centerpiece of his administration and the increased scrutiny of applications, said Capps, director of research for U.S. programs at the Migration Policy Institute.

Acting Deputy Department of Homeland Security Secretary Ken Cuccinelli presided over a naturalization ceremony Monday in Washington for 20 people, including an Afghan interpreter credited with saving five U.S. soldiers. “Welcome to you and your country from a grateful nation,” he said later on Twitter.

Others who are sworn in are as varied as the country. Rosenberger, whose father brought her to the U.S. in 1968 so he could work for an electronics manufacturer, put off applying for citizenship for years in part because she liked having a U.K. passport. Then, when she did attempt it, her paperwork was lost. She re-applied in November. “I thought, the way this country is going I better get my citizenship now.”

Others are more recent arrivals. Mulugeta Turuneh came to the United States as a refugee from Eritrea in 2011 and settled in Iowa City, where he works as a truck driver. He took the oath Friday in Des Moines after a delay of several months because of the outbreak.

Iris Lapipan, who came to the U.S. from the Philippines as a child in the 1990s, was among those naturalizing at a recreation center in El Cajon, California. She said she is looking forward to being able to travel outside the United States and participate in the election. She said she was leaning toward former Vice President Joe Biden. “I’m excited that I can vote, especially with what is going on now,” she said.

Rosenberger is leaning the other way, saying she is generally conservative and would most likely support Trump. “Now that I’m a citizen I’m very excited about voting,” she said. “You have the right now, so use it.”