WASHINGTON (AP) — A federal appeals court appears skeptical of arguments that it should order the dismissal of the criminal case against former Trump administration national security adviser Michael Flynn despite a Justice Department bid to abandon the prosecution.

Two of the three judges on the panel repeatedly signaled during arguments Friday that they were inclined to remain out of the fray and to instead permit U.S. District Judge Emmet Sullivan to evaluate on his own the department’s unusual dismissal request. The pointed questioning suggested that the tussle over Flynn’s fate is likely to continue until at least next month, when Sullivan has scheduled a hearing in the case.

“There’s nothing wrong with him holding a hearing as far as I know. I don’t know of any authority that says he can’t hold a hearing before he takes action,” said Judge Karen LeCraft Henderson, a nominee of former President George H.W. Bush.

With the arguments, the court waded into a power struggle between two branches of government as it weighed what role the judiciary should play when the Justice Department wants to dismiss one of its own cases. It’s not only an important legal question but a political one too, given President Donald Trump’s own personal interest in the case and the potential to undo one of the signature prosecutions from special counsel Robert Mueller’s Russia investigation.

The department last month moved to dismiss its case against Flynn, who pleaded guilty as part of Mueller’s investigation to lying to the FBI about his contacts with the Russian ambassador during the presidential transition period.

Justice Department officials say they’ve concluded that Flynn’s interactions with the diplomat, in which the men discussed sanctions imposed on Russia for election interference, were appropriate and that there was insufficient basis for the FBI to interview him. The officials say Flynn’s statements to the FBI were not material to the broader counterintelligence investigation into the Trump campaign and Russia.

But rather than immediately dismiss the case, Sullivan appointed a retired federal judge to argue against the Justice Department’s position and to consider whether Flynn — who previously admitted guilt but now asserts his innocence — should be held in criminal contempt for perjury. That ex-judge, John Gleeson, said in a filing this week that the move to dismiss the case amounted to an abuse of power.

The dismissal motion is one in a series of steps Attorney General William Barr has taken to scrutinize the Russia investigation and decisions made by both subordinates and predecessors at the Justice Department. He appointed prosecutors to investigate the handling of the Flynn case and the origins of the Russia probe, and overruled a sentencing recommendation for Trump associate Roger Stone that he thought was unduly harsh.

The focus Friday was not on the merits of the Justice Department’s position but rather on whether Flynn’s attorneys could bypass Sullivan and go straight to the appeals court to force him to dismiss the case.

Flynn’s lawyer, Sidney Powell, told the court there was no role for the judge to play now that prosecutors have abandoned their pursuit of Flynn. She said Sullivan had no authority to do anything further in the case or to scrutinize the basis for the Justice Department’s decision.

“The government has quit, and it’s time to leave the field,” she added.

Deputy Solicitor General Jeffrey Wall, arguing on behalf of the Justice Department, said Sullivan should not be permitted to undertake an “intrusive, fact-intensive inquiry” to second-guess the department’s actions. He balked at the idea that the government should have to defend itself, in a “politicized environment,” against arguments from Gleeson that he said impugn the integrity of Barr and the Justice Department.

“This has already become, and I think is only becoming more of, a public spectacle,” Wall said. “It threatens to harm not just the integrity of the executive and its prosecutorial discretion and its deliberative processes, but I think frankly it threatens to do harm to the judiciary as well.”

The court appeared skeptical of arguments from lawyers for both Flynn and the government.

Judge Robert Wilkins, an appointee of former President Barack Obama, asked why Sullivan was not empowered to conduct an independent evaluation of the case and the department’s new position. He noted that if Sullivan were to reject the motion to dismiss, Flynn’s lawyers could simply return to the appeals court to press their case again.

And Henderson said Flynn’s attorneys were seeking a “drastic remedy” in urging the appeals court to weigh in before Sullivan has had a chance to, especially since Sullivan may ultimately reject Gleeson’s position and decide in favor of the Justice Department.

“I don’t see why we don’t observe regular order and allow him to rule,” Henderson said, describing Sullivan as an “old hand.” “For all we know, he will say, ‘This amicus brief is over the top. The dismissal motion is granted.’”

Sullivan’s lawyer, Beth Wilkinson, faced multiple questions from the third judge on the panel, Trump appointee Neomi Rao, who asked whether Sullivan was creating a controversy where none existed by discounting the wishes of both Flynn and the Justice Department to dismiss the case.

Wilkinson said Sullivan had not made up his mind and that there was no reason to believe at this point that he would definitely reject the Justice Department’s dismissal motion. She said the judge simply wanted input from all sides.

“He is considering the government’s motion and receiving briefings from all the parties,” she said. “After hearing the arguments, Judge Sullivan will do what he is called on to do on a daily basis. He’ll decide the motion.” 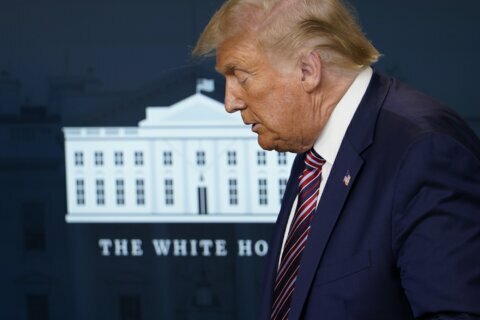