LAS VEGAS (AP) — The Latest on the 2020 presidential campaign (all times local):

Amy Klobuchar is trying to make amends for not being able to name Mexico’s president recently — but she’s still making a small mistake.

The Minnesota senator was unable to name Mexican President Andres Manuel Lopez Obrador when asked by a Telemundo reporter during a candidate forum in Nevada last Friday.

She was asked about that flub during a CNN town hall Tuesday night and said, “I would like to give my greeting to Andre Manuel Lopez Obrador” mispronouncing the president’s first name slightly.

Klobuchar offered the excuse that she’d had a long day in the Senate and landed in Nevada late before the forum.

Pete Buttigieg, the former mayor of South Bend, Indiana, has criticized Klobuchar for not remembering Lopez Obrador’s name. Klobuchar responded Tuesday, “This isn’t like a game of ‘Jeopardy.’”

Biden spoke Tuesday to a largely Asian American audience at a seafood restaurant in Chinatown, not far from the Las Vegas strip. He said Obama’s deferred deportation program for young immigrants living in the country illegally, called “Dreamers,” has benefited young Asian Americans, too.

“It’s not just the Latino community. It’s beyond that, and my plan is going to legalize Dreamers,” Biden said.

More than 220,000 Asian Americans live in Clark County, home to Las Vegas, and caucus materials were printed in Tagalog, the language spoken by many immigrants from the Philippines.

But the openly gay former mayor of South Bend, Indiana, also says, “It’s important to recognize that change on these issues and acceptance and equality — even though it’s got a long way to go — is happening at a pace that a lot of people are struggling with.”

During a CNN town hall from Nevada on Tuesday night, Buttigieg said that society at large is “inching toward the direction of acceptance.” He added that people should help anyone who isn’t yet there “to get there instead of clubbing them over the head and telling them they’re bad people.”

He also answered criticism from Rush Limbaugh, who suggested the country wasn’t ready for a gay president. Buttigieg noted that the conservative radio personality has defended President Donald Trump despite his many moral transgressions.

Bloomberg is competing with Buttigieg for the presidency, but has promised to pour vast sums of his own fortune into helping whoever wins the Democratic nomination to defeat Donald Trump.

Buttigieg, the former mayor of South Bend, Indiana, was asked Tuesday night at a CNN town hall in Las Vegas if he’d accept Bloomberg’s support and said “sure.” That came shortly after Vermont Sen. Bernie Sanders refused to answer the same question during an earlier CNN town hall.

But Buttigieg went on to criticize Bloomberg for spending so much of his personal fortune to run for president himself in the meantime. He said there was no question Bloomberg was trying to buy the election.

Elizabeth Warren has a cold.

The Massachusetts senator addressed a gathering of female immigrant house cleaners at Las Vegas’ Culinary Workers Local 226 on Tuesday evening. Her voice was still hoarse from the illness she has been fighting for several days.

With the ninth Democratic debate coming up Wednesday, it’s bad timing for Warren, who is fighting to stay in the mix in the fight for the presidential nomination. Warren told the all-female crowd that the White House was a mess, and “when there’s a mess, you call a woman to clean it up.”

She talked about her hardscrabble Oklahoma upbringing and promised to fight for the housekeepers’ families “as I fought for my own.”

The Minnesota senator told a forum of immigrant female housekeepers at Culinary Workers Local 226 on Tuesday about her grandfather, who came to the U.S. from Switzerland and had to appear at a court hearing to be allowed to stay in the country. She said he may not have been able to stay in the U.S. under the Trump administration.

Klobuchar also recalled that her fourth-grade Spanish name was “Elena.”

The 78-year-old Vermont senator suffered a heart attack on Oct. 1. He said that he would make public detailed medical records by the end of last year, and he released letters from three physicians on New Year’s Eve concluding he was healthy enough for the rigors of the presidency.

Sanders was asked during a CNN town hall from Las Vegas on Tuesday night if he planned to release more medical records. Sanders said the doctor’s letters provided much of the same level of detail that other candidates have released on their health.

He said: “I think we have released a detailed medical report and I’m comfortable on what we have done.” He added that he didn’t think he’d divulge more.

Bernie Sanders is suggesting he won’t compromise on working to push “Medicare for All” through Congress if elected president.

During a CNN town hall from Nevada on Tuesday, the Vermont senator was asked about comments from one of his highest-profile supporters, New York Rep. Alexandria Ocasio-Cortez. In an interview with HuffPost last week, she conceded that Sanders getting a fully government-funded health care system under “Medicare for All” through Congress would be difficult for any president.

Ocasio-Cortez said: “The worst-case scenario? We compromise deeply, and we end up getting a public option.” That would create government run health insurance to compete with private insurers.

Sanders didn’t address Ocasio-Cortez’s comments directly but said Medicare for All was already a compromise and he wasn’t willing to make further concessions.

The billionaire former mayor of New York has pledged to spend lavishly to help the party’s nominee defeat Donald Trump in the November general election, no matter who wins.

Appearing at a CNN town hall from Las Vegas on Tuesday night, Sanders said he didn’t think Bloomberg should be able to buy the presidency, a reference to Bloomberg using his personal wealth to compete in the primary race.

Asked repeatedly if he’d accept Bloomberg’s support should he win the nomination, Sanders refused to answer. He finally offered that he didn’t think he’d “need that money,” and can rely on his own extensive donor network.

Mike Bloomberg has qualified for next week’s primary debate in South Carolina after another poll showed him winning double-digit support among Democrats nationwide.

The survey, released by NBC News and the Wall Street Journal on Tuesday afternoon, gave him 14% among Democrats nationwide. The South Carolina debate is scheduled for Feb. 25, ahead of the state’s Feb. 29 primary.

It was the second poll released that day giving him support in the teens, and the second debate-qualifying poll for Bloomberg.

To qualify for each debate, candidates had to receive 10% in four national polls that were approved by the Democratic National Committee and released in a certain time period.

The surge in polling comes as Bloomberg has avoided campaigning in the four early primary states and instead focused on the 14 states that vote in the March 3 Super Tuesday primaries while blanketing the airwaves nationwide with more than $400 million worth of ads. He is not on the ballot in Nevada.

Vermont Sen. Bernie Sanders is pledging to take on the NRA if he’s elected president.

Sanders made the vow at a rally Tuesday afternoon in Las Vegas, the site of the largest mass shooting in modern American history.

Former Vice President Joe Biden has knocked Sanders for backing a bill to make the gun industry immune from lawsuits in 2005. Sanders has since taken a tougher stance against gun rights.

On Tuesday, he vowed to pass universal background checks and an assault weapons ban. Sanders says “the American people and not the NRA” will determine gun policy.

On Oct. 1, 2017, a gunman perched in the window of a hotel on the Las Vegas Strip killed 58 people down below at an open-air music festival. More than 850 people were injured.

More than 36,000 Democrats voted in the first three days of a four-day early voting period ahead of the Nevada caucuses.

The Nevada Democratic Party says just over 10,000 people cast a ballot on Monday. Fifty-five early voting locations were open around the state on Tuesday, the last day for Democrats to fill out a ballot ahead of the Saturday caucuses.

Nevada’s Democratic Party is offering early voting for the first time. Voters can fill out a paper ballot marking at least their top three choices for president. Those votes will be combined with in-person votes at about 2,000 precinct caucus meetings on Saturday.

About 84,000 people participated in Nevada’s Democratic presidential caucuses in 2016.

Nevada’s governor says he wants successful caucuses on Saturday and “above all else” wants the state to remain first-in-the-West in the presidential nominating process.

Other than that, aides to Democratic Gov. Steve Sisolak wouldn’t say Tuesday whether he supports changing from party caucus balloting to traditional primary voting.

Black didn’t respond to questions from The Associated Press about a Reno Gazette Journal report that Sisolak told people Monday at a caucus station in Reno there was a “real possibility” the Legislature would reexamine using state-overseen primaries. Sisolak said caucus lines were “way too long.”

Election administrators at the Nevada secretary of state’s office declined to comment.

The state Democratic Party moved the date of Nevada’s caucuses to third in the nation in 2008.

Pete Buttigieg says he’d use the “symbolic powers of the presidency” to call out and reject anti-Semitism, saying it’s urgent to confront white supremacy.

Buttigieg said at a Las Vegas town hall Tuesday that white supremacy has come closer than any foreign nation or terrorist group to destroying the United States, a reference to the Civil War fought over slavery.

He says Donald Trump’s presidency has seen the rise of bigotry that has been simmering beneath the surface. And he criticized the president’s response to deadly violence by white nationalists in Charlottesville, Virginia, when Trump said there are “very fine people on both sides.”

“I think we might live to see which side wins,” Buttigieg said. “The American dream, the American project — or these forces of white supremacy, of white nationalism.”

At a speech in Louisville, Kentucky, on Tuesday during a conference for the Distilled Spirits Council, McConnell said he’s “never seen a Democratic party like we’re confronted with today.” He said even the centrist Democrat candidates who support a “public option” are supporting government-based insurance.

He said he is “hoping the Senate will still be in Republican hands after this election. If the worst were to happen, if the president were not re-elected and the House were not to become Republican, we (the Senate) would be the firewall.”

McConnell said that any public option or “Medicare for All” proposal would not make it through the Senate.

Democratic presidential candidate Mike Bloomberg is pledging to reduce police use of deadly force and lower recidivism rates as part of his criminal justice plan.

Bloomberg released the additional details Tuesday. Some parts would require congressional action, such as his commitment to sign a bill ensuring that deadly force is only used by federal agents to prevent serious injury or death, or his promise to sign the Violence Against Women Act.

Much of it outlines new administration policies and investments in criminal justice reform with the goal of cutting the incarceration rate in half by 2030. The proposal includes $22.5 billion to launch a Justice Department program to evaluate and fund criminal justice reform programs in the states, and $2.5 billion over 10 years on public defense.

The new details expand upon a plan he first released in December. Bloomberg launched his campaign by apologizing for his past support of “stop-and-frisk” policing practices, which have been found to disproportionately target minorities. 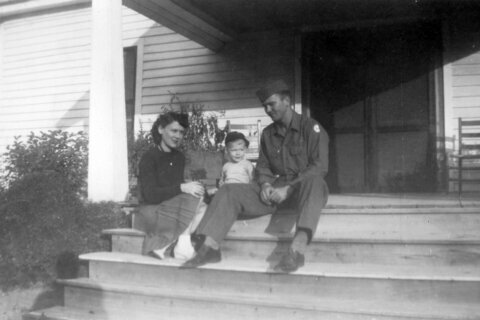 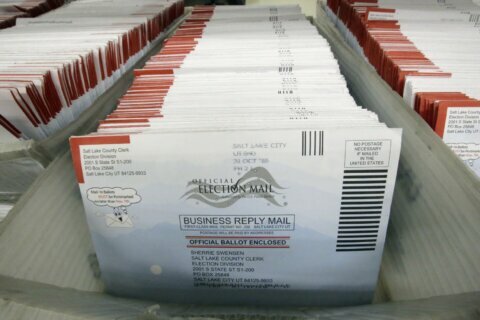 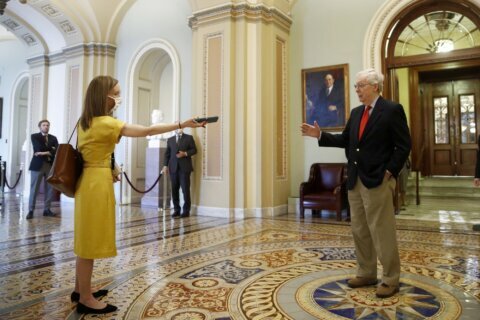