LAS VEGAS (AP) — As a diverse crowd filled a college student union this week, they swapped stories of seeking refuge in the U.S. or living in households that were a mix of U.S. citizens and people in the country illegally. They hoped to share their experiences with presidential candidates seeking support ahead of Saturday’s Nevada caucuses.

But only one White House hopeful showed up: Tom Steyer, a billionaire long shot. Most other campaigns sent surrogates to the event, sponsored by Amnesty International, while the candidates themselves appeared on cable television or stumped in other states.

The caucuses mark the first time this primary season that the Democratic contest moves to a state with a significant minority population. About one out of five residents in Nevada is an immigrant and President Donald Trump’s hard-line stance on immigration has turned the issue into a cultural and political touchstone. But by avoiding forums like the one held at the College of Southern Nevada, candidates left some residents with the impression that Democrats don’t want to talk about immigration even as they seek their votes.

“This is an issue that we know Donald Trump has absolutely been weaponizing to expand his base and that he’s been weaponizing to target every person of color,” said Lorella Praeli, who was Hillary Clinton’s Latino outreach director in 2016and is now president of the activist group Community Change Action. “I’m enraged at the fact that candidates and the media are operating in a different world where none of these things are happening.”

Activists complain that few immigration questions were asked at several of the nine Democratic debates, and were upset after the issue got only one question on Wednesday night in the Las Vegas face-off. Candidates have also been careful about getting into too much detail on the stump about a subject that has become a political minefield.

Many of the leading Democratic candidates have baggage on the issue, a reflection of how the politics of immigration have changed over the past two decades. Republicans and Democrats once strove to balance enforcement and humane treatment of immigrants. But since 2012, Republicans have doubled-down on immigration enforcement and deportations while Democrats have focused on fighting deportations and ensuring humane treatment.

Former Vice President Joe Biden has regularly been targeted by activists — including one Thursday night who said she wouldn’t feel safe if he were president — protesting the high rate of deportations under the Obama administration. Vermont Sen. Bernie Sanders helped kill a bipartisan immigration bill in 2007 by joining a group of liberals who compared its guest worker provisions to “slave labor.” Minnesota Sen. Amy Klobuchar once pushed for English to be made the official language of the United States, and former New York City Mayor Mike Bloomberg supported a “stop-and-frisk” police program that targeted Hispanics along with African-Americans for constant searches.

Immigration doesn’t rank as a top issue for Democrats in polls, but it’s important — especially to certain segments of the party. Among voters supporting Democrats in the 2018 midterm elections, AP VoteCast shows that 20% of Latinos called immigration the top issue facing the country, significantly higher than the 9% of Democratic voters who said that overall. Still, immigration wasn’t the top issue for Latinos supporting Democratic candidates. That was health care, clocking in at 29%.

When immigration did come up early in the primary, it triggered alarm among many Democratic operatives. During the first debate in Miami in June, most candidates agreed that illegally crossing the border should not be a crime and undocumented immigrants should get government health care. After polling showed those ideas were unpopular, the candidates stopped discussing them.

In Nevada, candidates have woven slightly more immigration into their stump speeches. Sanders talks about his pledge to suspend deportations, except of violent criminals. Former South Bend, Indiana, Mayor Pete Buttigieg has repeated a Spanish phrase assuring Dreamers that this is their country, and talks about the need to increase legal immigration. Biden speaks of the importance of immigration to the American identity.

But, notably, the candidates have’t held any immigrant-focused roundtables or events in the final days leading up to the Nevada caucuses. And when pressed, as in Wednesday’s debate, they tend to fall back on proposing comprehensive immigration reform — Washington-speak for a huge immigration bill that would be eventually lead to legal status for most people in the country illegally, expand legal immigration and increase border security.

The problem is that Trump has drastically changed the immigration picture since the last major piece of legislation was killed by House Republicans in 2013. Now more than 60,000 asylum-seekers are being held just across the border in Mexico, which has sealed its own southern frontier to limit the ability of Central Americans to head north and seek asylum in the United States. The administration has implemented dozens of new rules restricting legal immigration and tightening enforcement and is moving to eliminate protections from deportation for other groups, like immigrants who fled natural disasters.

To counter that, immigration advocates argue, candidates need to talk in detail about what they would do but also broadly about a new vision for what it means to belong in the United States.

“The answer is not ‘oh, of course we’re going to push for Dreamers and comprehensive immigration reform,’” Praeli said. “The word is not even frustration. There’s malpractice across the board — choosing not to center a conversation that is definitional.”

Immigration will likely return to center stage by June, when the Supreme Court is scheduled to rule on whether the Trump administration can end protections for most Dreamers. If the court, as is expected, allows that to move forward, Trump is expected to position himself as a deal-maker, offering Democrats a law protecting Dreamers in exchange for other restrictions on immigration.

“If by that point the country hasn’t heard a new vision from the Democratic nominee, what will he or she say?” asked Chris Newman of the National Day Laborers Organizing Network.

Todd Schulte of FWD.us, a group that advocates for comprehensive immigration reform in Washington, said that when Trump tried to use immigration to save the Republican House majority in 2018, it backfired.

“It has been a political liability for the president,” Schulte said of immigration.

While he thinks Democratic candidates should discuss immigration more on the trail, he sees the lack of fireworks as stemming from the fact that the party is fairly united on the issue.

That was the case at the immigration forum, where surrogates mainly filled in the many blanks on their candidates’ plans. Several dozen observers watched but the room was not even at full capacity as the discussion delved into the complex areas of immigration policy, the need to staff up immigration courts and how the United States could move the 60,000 asylum applicants from Mexico.

For Alfredo Santiago, a 36-year-old casino worker who is undecided, it was just in time. “They should make sure all those questions get to the candidates,” he said. “All these questions are of concern to everybody.”

Emily Swanson in Washington, DC contributed to this report. 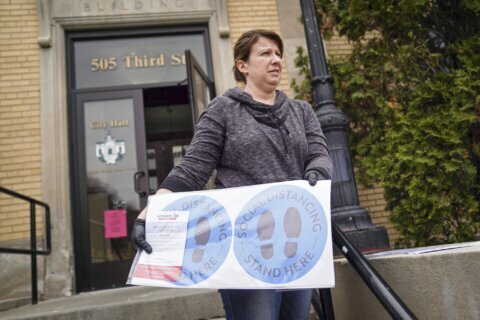 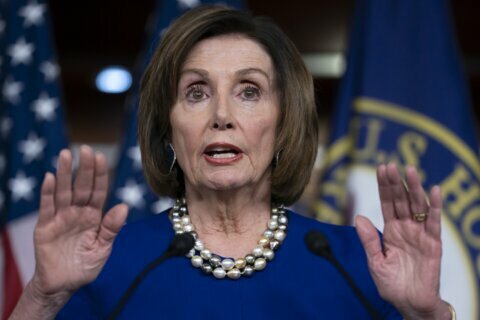