LAS VEGAS (AP) — Concerns have been growing that next week’s Nevada caucuses could offer a repeat of the chaos that ensnared the Iowa vote, with Nevada facing many of the same organizational and technical challenges that crippled Iowa’s process.

Volunteers who will be leading the Feb. 22 caucuses said key information had yet to be shared. There has been no hands-on training with iPads being deployed to caucus sites on Election Day nor opportunities to try out a new “tool” that will be loaded onto the iPads and used during the caucus process.

Adding to the mix is that Nevada also plans to offer early voting, a complicated step that Iowa did not attempt. That has prompted some confusion about how early voters would be included in the multistage caucus process.

“This sounds just dangerous, like people are still improvising and making up the rules as they go,” said Doug Jones, a University of Iowa computer scientist and expert on voting technology. “How do they expect to get training done for all the people doing these caucuses?”

Nevada, the third state to cast votes on the Democratic presidential field, is seen as the first test of a candidate’s strength before a diverse population and strong labor unions. Nevada Republicans are not holding caucuses this year.

Molly Forgey, a spokeswoman for the Nevada State Democratic Party, declined to respond to questions about how the reporting process will work and the security measures in place.

“We’ll train our volunteers as soon as the process is rolled out,” Forgey said Tuesday night. She added: “I think our confidence level is the same — still high.”

Concerns over elections and voting in general come as the nation prepares for the first presidential election since Russia interfered in the 2016 vote. But Iowa’s problems demonstrated that it doesn’t take a foreign government to cause chaos in an election. Technical glitches and shaky election administration can also create confusion and delay results.

As in Iowa, Nevada’s caucuses are run by the state party and not state and local election officials, who will administer the November election and statewide primaries, including Tuesday’s contest in New Hampshire.

In training sessions in recent days, Nevada Democrats told precinct leaders they will be using an iPad they will receive the day of the caucuses. Seth Morrison, a site leader who will oversee multiple precincts at a caucus site in the metro Las Vegas area, said he was told he would be trained on the iPads when he picks them up a few days before the caucuses and would be responsible for showing precinct leaders how to use them.

Nevada Democrats were initially working with the same app developer used in Iowa but scrapped those plans after the company’s app failed there. Instead, loaded on the iPads will be what’s been referred to in training materials as a “Caucus Tool” used to enter results. Party officials emphasized during the training sessions that it was not an app, but they have yet to explain how it’s different.

Caucus organizers said they thought the tool would be used to ultimately submit results electronically to the state party, but some were not certain. It also appeared the tool would contain information on early voting selections, but it was not known whether there would also be a paper record of the early votes at each precinct in case the iPad or tool failed.

Morrison said he was told by party officials the tool had been “professionally developed” but they would not tell him by whom, citing concerns the developer would be targeted by hackers. That was the same argument made by Iowa Democrats ahead of their caucuses, a deference to secrecy that experts say prevented scrutiny of the developer’s qualifications and security experience.

Two other caucus organizers expressed similar concerns over the lack of information and training but spoke on condition of anonymity so they could discuss the issue candidly.

Other organizers acknowledged they had limited information but said they were not concerned.

“I have full trust and faith in our state party,” said Alex Goff, a DNC member who will be a site leader and precinct chair.

Clark County Democratic Party Chair Donna West, who will oversee 10 precincts, said party leaders “understand what’s at stake and what they have to deliver.”

The party is expected to hold more training for volunteers this week.

In Iowa, the inability of some caucus organizers to download and use the app triggered a flood of calls to the party’s hotline and dramatically slowed the process of reporting unofficial results. And a “coding issue” within the mobile app muddied the data that was sent in, creating discrepancies that halted the reporting of initial results for nearly 24 hours.

Iowa Democrats relied on paper records of each voter’s candidate preferences along with a worksheet completed by caucus organizers to verify results. It appears Nevada will be using a similar paper-based backup system and will also have a hotline available.

“The party should be thinking about setting up expectations now that they may be getting the results out more slowly than what is typical,” said Lawrence Norden, an expert in voting systems with the Brennan Center for Justice at NYU’s School of Law.

On Tuesday, Nevada Democrats released a memo offering some details on early voting. The party, having abandoned plans to have early votes cast via an iPad app, is instead planning to have early voters fill out paper ballots that will be scanned electronically and tabulated.

To check in early voters, volunteers will use a PDF of the voter roll loaded onto iPads and have voters then enter information onto an online check-in form on an iPad.

“From the beginning, NV Dems’ priority has been to execute the most accessible, expansive, and transparent caucus yet,” executive director Alana Mounce said in the early voting memo, adding the party had “simplified the voting process and built in additional redundancies to streamline information and to ensure we minimize errors.”

Staffers with three Democratic presidential campaigns in Nevada who were not authorized to speak publicly said the campaigns had received little information from the party, leaving them concerned about the rollout of a new process. The party has held phone calls with the campaigns but didn’t provide much information, keeping the communication limited and scripted, the staffers said.

Another staffer, Terrence Clark, spokesman for the campaign of Massachusetts Sen. Elizabeth Warren in Nevada, said: “We’re focusing on what we can control — turning out our supporters and reaching people where they are.”

“The DNC is working with the Nevada Democratic Party, and we are confident that they are doing everything they can to implement the lessons that have been learned from this process,” Bergstein said. 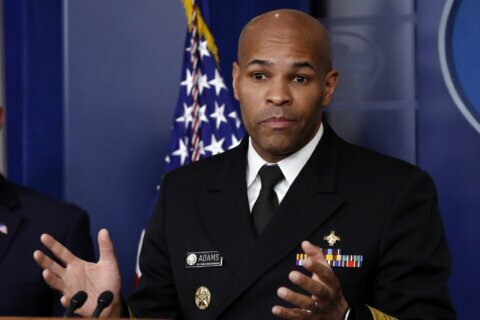 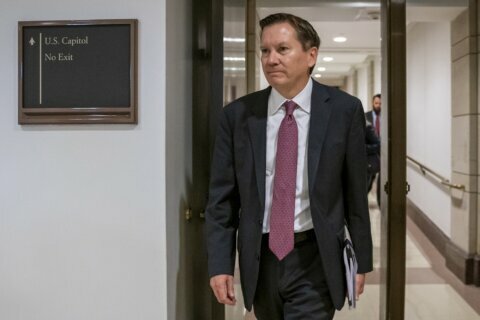 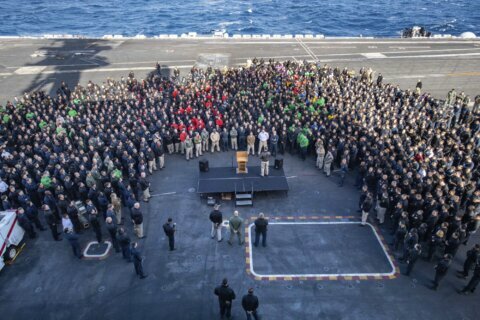