NEW YORK (AP) — They are circling each other like wary boxers, with taunts on Twitter, snarky asides and belittling…

NEW YORK (AP) — They are circling each other like wary boxers, with taunts on Twitter, snarky asides and belittling descriptions. They rose to prominence in Manhattan on parallel tracks, amassed wealth real and perceived and displayed a penchant for putting their names on things.

That’s where the similarities end. President Donald Trump and Michael Bloomberg could hardly be more different as people, but now they both want the same job: Trump’s.

Bloomberg is making the case that he is many things that Trump is not: a builder of a financial data and media company that employs 20,000 people, a billionaire whose worth Forbes estimates at $60 billion, a problem-solver with a steady temperament who was elected three times as mayor of the nation’s largest city, one of the world’s leading philanthropists.

“Bloomberg is someone Trump would have liked to have been: to have invented something everyone uses, to have real wealth, to be seen as a creative person. Trump had to create an image for himself,” said George Arzt, onetime press secretary to former New York Mayor Ed Koch. Arzt knows both men professionally and personally.

He said Bloomberg is someone who likes to solve problems, who likes to be hands-on, even including the design of new Department of Sanitation trucks, while Trump is “basically a showman.” Arzt added that Trump always sought the limelight while Bloomberg shied away from it until he ran for mayor.

Trump, who said he once considered Bloomberg a friend, had a brutal assessment of his now-rival during a CNBC interview this week: “He’s spending a fortune. He’s making a lot of broadcasters wealthy. And he’s getting nowhere.”

Howard Wolfson, Bloomberg’s senior adviser, jabs right back: “Mike hired Donald Trump to run a golf course in the Bronx but would not hire him for any other job. And the president knows that.”

Bloomberg is running for the Democratic nomination for president on a path no serious candidate in the party has ever taken, forgoing early primary states and debates while spending hundreds of millions of dollars on ads in larger Super Tuesday states, almost all of which take a hard shot at Trump. He doesn’t accept any campaign donations.

Trump has responded by calling Bloomberg “Mini Mike” on Twitter, trying to ridicule his 5-foot-8-inch stature. Bloomberg has hit Trump in another way that might hurt more. In Texas, when asked whether the country wanted a race between two New York billionaires, he replied, “Who’s the other one?”

Bloomberg has said that even if he fails to win the Democratic nomination, he is prepared to spend hundreds of millions of dollars, perhaps more, to deny Trump reelection.

On Thursday, he started running a new nationwide ad that condemns Trump’s treatment of decorated military leaders, and his campaign manager, Kevin Sheekey, went on Fox News to highlight it.

Their fight will be a test of the power of television and digital ads versus the impact of Twitter and the megaphone of the presidency. A key question is whether Bloomberg’s attacks on Trump will do damage to an incumbent who does not have a serious primary challenger.

The president and his campaign team have been warily watching Bloomberg’s spending spree since the former mayor’s late entry into the presidential race.

Trump’s campaign manager, Brad Parscale, recently told staffers he would not worry about Bloomberg until he cracked double digits (Bloomberg had 9% support in a Monmouth poll this week) while mocking the amount of money the former mayor was spending, according to two Republicans close to the White House who spoke on condition of anonymity to discuss private conversations.

But others in the president’s orbit have not been so sanguine about Bloomberg — including Trump himself.

Trump, who has been fixated on the Democratic race even in the face of an impeachment trial, was initially irked by Bloomberg’s entry and has noted to confidants in recent weeks that the mayor has steadily picked up support.

Trump has also complained that Bloomberg has benefited from a disproportionate amount of positive news stories.

And he has avoided the counsel from aides, including senior adviser and son-in-law Jared Kushner, to ignore Bloomberg and thus avoid elevating him in a Democratic field that remains unsettled.

But Trump has been unable to do so, delivering several Twitter broadsides while obsessing in private over Bloomberg’s wealth.

Bloomberg has spent money at a rate of about $100 million a month and has trained his focus not on those with whom he is competing for his adopted party’s nomination, but on the president as if in a general election.

Trump’s campaign advisers have acknowledged that the impact of Bloomberg’s spending is impossible to model and are paying close attention to the president’s approval numbers in the swing states Bloomberg is blanketing with ads. And while the Trump campaign’s own formidable bank account could be overwhelmed by Bloomberg’s, the president’s team has tried to fight fire with fire, buying their own $10 million Super Bowl ad just after Bloomberg did likewise.

Bloomberg’s fortune dwarfs Trump’s wealth and has played into a number of insecurities Trump has long held about the former mayor, according to two presidential confidants who spoke on condition of anonymity to discuss private conversations.

Not only is Bloomberg vastly richer than Trump, but he has also had an easy entry into the most elite Manhattan social circles, the same ones that looked down on Trump as a tabloid creation and reality TV star.

The two men, for a time, enjoyed friendly relations, though they never were close. By the time Bloomberg became mayor in 2002, Trump had largely transitioned from real estate development to licensing and television, so the pair did not butt heads at City Hall in the way Trump did with some of Bloomberg’s predecessors.

The two occasionally would rub shoulders at golf tournaments and charity events, and both attended one of Rudy Giuliani’s weddings, with Trump as a guest and Bloomberg officiating. They also crossed paths at Yankees games and when Bloomberg hosted the International Olympic Committee at his Upper East Side townhouse.

Meanwhile, Bloomberg appeared on an episode of “The Apprentice” in 2004. At the same ribbon-cutting ceremony three years later, he said, “If there is anybody who has changed this city, it is Donald Trump.”

Bloomberg campaign advisers talk about a two-track operation that’s focused on winning the nomination and defeating Trump in November. And Bloomberg has already pledged to pay for operations in key states through the general election even if he’s not the Democratic nominee.

In addition to the ad Bloomberg released Thursday, he is running ads in 27 states calling for the Senate to convict and remove Trump in the impeachment trial. A digital ad blasts Trump for failing to repair the nation’s infrastructure.

Before this cycle, both men had talked about running for president. But their differences were also clear. In 2011, when Trump was flirting with a 2012 presidential run, then-Mayor Bloomberg called Trump a friend but said Republicans were “making a terrible mistake” in questioning whether President Barack Obama was born in the U.S. — a conspiracy theory that Trump championed. As for Trump running, Bloomberg said, “Anybody can run for president if you’re 35 and an American citizen.”

The last time the two men spoke, according to Wolfson, was when Bloomberg called Trump after the 2016 election to congratulate him and urge him to surround himself with great people.

Says Wolfson, “You can see how well he took that advice.” 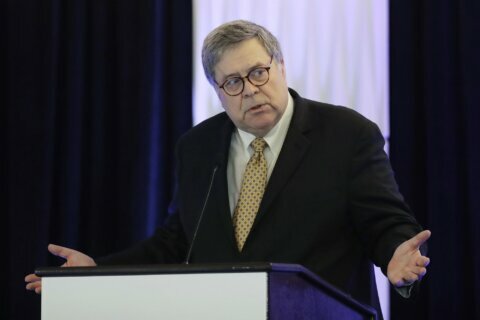 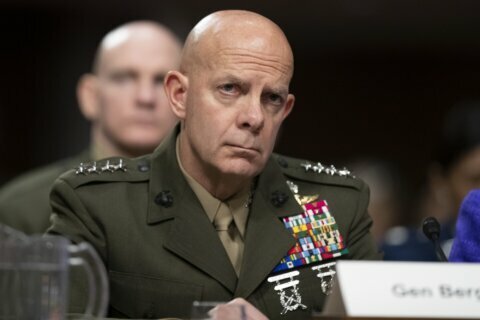 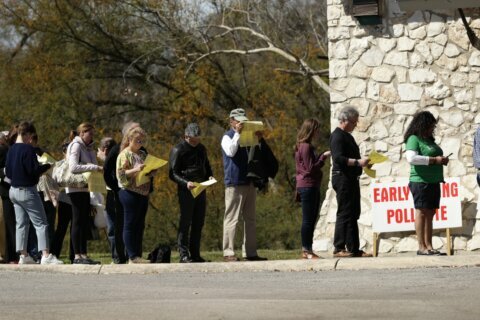