President Donald Trump's legal team prepared to wrap up arguments in his impeachment trial Tuesday as Senate Republicans wrestled with whether to allow witnesses, including John Bolton who appears poised to contradict a key Trump claim.
(1/14) 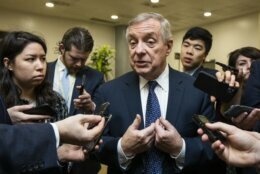 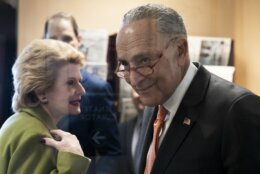 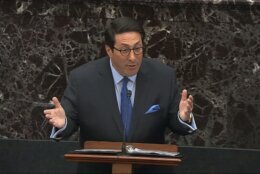 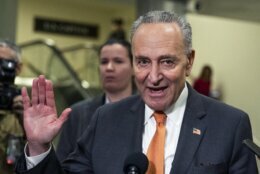 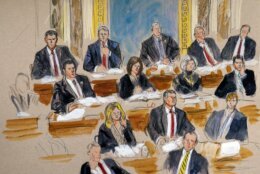 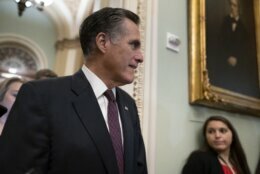 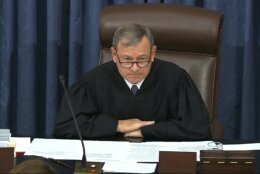 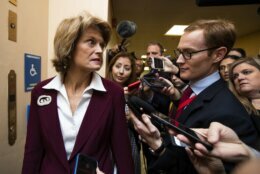 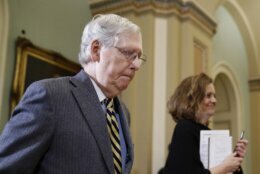 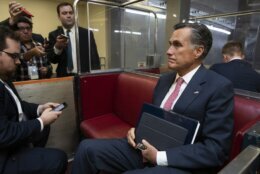 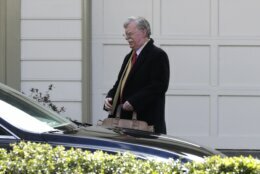 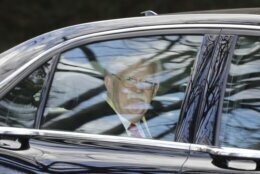 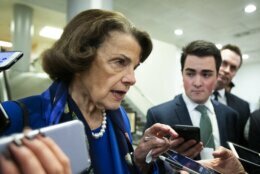 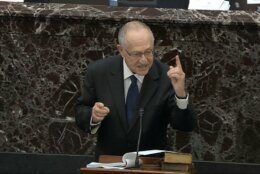 Even after sitting through days and late nights of argument, several Republicans apparently are ready to join Democrats in considering in-person testimony from former National Security Adviser John Bolton and perhaps others.

Trump’s lawyers made their closing case for a speedy acquittal Tuesday, but to no avail.

McConnell told colleagues in a private meeting that he did not yet have the votes to block Democrats from summoning witnesses. That outcome would prolong an election-year trial that Trump and his legal team had hoped was on track, as one lawyer said, to “end now, as soon as possible.”

McConnnell’s statement, in a closed-door meeting of senators, was an acknowledgment of the extent to which revelations from Bolton have scrambled the trial’s schedule and the desire for testimony. Bolton writes in a forthcoming book that Trump told him he wanted to withhold military aid from Ukraine until it helped with investigations into Democratic rival Joe Biden. That assertion, if true, would undercut a key defense argument and go to the heart of one major article of impeachment against the president.

Trump complained anew at a rally in Wildwood, New Jersey, focusing on Democrats rather than Republican senators.

“While we are creating jobs and killing terrorists, the congressional Democrats are obsessed with demented hoaxes, crazy witch hunts and deranged partisan crusades,” he said.

There are still several days before any potential witness vote would be taken. A decision to call more witnesses would require 51 votes to pass. With a 53-47 majority, Republicans can only afford to lose three. If senators agree they want more witnesses they would then have to vote again on who to call.

McConnell convened the private meeting shortly after Trump’s legal team concluded their arguments in the trial, arguing forcefully against the relevance of testimony from Bolton and insisting that nothing Trump had done amounted to an impeachable offense.

While scoffing at Bolton’s book manuscript, Trump and the Republicans have strongly resisted summoning him to testify in person about what he saw and heard as Trump’s top national security adviser.

A day after the defense team largely brushed past Bolton, attorney Jay Sekulow addressed the controversy head-on by dismissing the book — said to contradict a key defense argument about Trump’s dealings with Ukraine — as “inadmissible.”

“It is not a game of leaks and unsourced manuscripts,” Sekulow said.

A night earlier Trump attorney Alan Dershowitz said that nothing in the manuscript — even if true — rises to the level of an impeachable offense. Sekulow also sought to undermine the credibility of Bolton’s book by noting that Attorney General William Barr has disputed comments attributed to him by Bolton.

Senate Republicans spent considerable time in private discussing how to deal with Bolton’s manuscript without extending the proceedings or jeopardizing the president’s expected acquittal. Those lost steam, and Democrats showed no interest.

Chuck Schumer, the Senate’s top Democrat, called a proposal for senators to be shown the manuscript in private, keeping Bolton out of public testimony, “absurd.”

“We’re not bargaining with them. We want four witnesses, and four sets of documents, then the truth will come out,” Schumer said.

‘Senators are being warned that if they agree to call Bolton to testify or try to access his book manuscript, the White House will block him, beginning a weeks-long court battle over executive privilege and national security. That had seemed to leave the few senators, including Sen. Mitt Romney of Utah, Susan Collins of Maine and Lisa Murkowski of Alaska, who have expressed a desire to hear new testimony without strong backing.

Also, other Republicans including Sen. Pat Toomey want reciprocity — bring in Bolton or another Democratic witness in exchange for one from the GOP side. Some Republicans want to hear from Biden and his son, Hunter, who was on the board of a Ukrainian gas company when his father was vice president.

The Bidens were a focus of Trump defense arguments though no evidence of wrongdoing has emerged. The lawyers also delved into areas that Democrats see as outside the scope of impeachment, chastising former FBI Director James Comey and seizing on surveillance errors the FBI has acknowledged making in its Russian election interference probe.

Trump’s attorneys argued that the Founding Fathers took care to make sure that impeachment was narrowly defined, with offenses clearly enumerated.

“The bar for impeachment cannot be set this low,” Sekulow said. “Danger. Danger. Danger. These articles must be rejected. The Constitution requires it. Justice demands it.”

Before consideration of witnesses, the case now moves toward written questions, with senators on both sides getting 16 hours to pose queries. By late in the week, they are expected to hold a vote on whether or not to hear from any witnesses.

“I don’t know that the manuscript would make any difference in the outcome of the trial,” said Roy Blunt of Missouri, a member of GOP leadership. And some Republicans said they simply don’t trust Bolton’s word. Rand Paul of Kentucky called Bolton “disgruntled”’ and seeking to make money off his time at the White house.

But John Kelly, Trump’s former White House chief of staff, told an audience in Sarasota, Florida, that he believes Bolton.

White House officials privately acknowledge that they are essentially powerless to block the book’s publication, but could sue after the fact if they believe it violated the confidentiality agreement Bolton signed against disclosing classified information.

Trump is charged with abusing his presidential power by asking Ukraine’s leader to help investigate Biden at the same time his administration was withholding hundreds of millions of dollars in security aid. A second charge accuses Trump of obstructing Congress in its probe.

Trump and his lawyers have argued repeatedly that Democrats are using impeachment to try to undo the results of the last presidential election and drive Trump from office.

“What they are asking you to do is to throw out a successful president on the eve of an election, with no basis, and in violation of the Constitution,” said White House Counsel Pat Cipollone. “Why not trust the American people with this decision? Why tear up their ballots?”

Democrats, meanwhile, say Trump’s refusal to allow administration officials to testify only reinforces that the White House is hiding evidence. The White House has had Bolton’s manuscript for about a month, according to a letter from Bolton’s attorney.

No matter the vote on witnesses, acquittal still seems likely given that Republicans hold a majority in the Senate and conviction would require a two-thirds majority against Trump.

According to data compiled by C-SPAN, the House managers used just under 22 of their 24 hours over three days, while the White House team used almost 12 hours, or half their time.