Highlights of Thursday’s session , which wrapped around 10:30 p.m. ET, and what’s ahead as senators conduct just the third impeachment trial of a president:

Pressing their case for a second day, Democrats said there was no evidence that former Vice President Joe Biden did anything improper in dealings with Ukraine. Rebutting a central Trump claim, Democrats said the president sought a political investigation of Biden by Ukraine to sway the 2020 election in his favor.

“There was no basis for the investigation the president was pursuing and pushing. None. He was doing it only for his own political benefit,” said Rep. Sylvia Garcia of Texas, a Democratic prosecutor.

Similarly, Democrats said Trump and his allies, including his personal attorney Rudy Giuliani, pushed a bogus, Kremlin-pushed conspiracy theory that Ukraine, not Russia, meddled in the 2016 U.S. election.

“Trump put himself first,” ahead of U.S. policy and the national interest, said Rep. Adam Schiff, the chairman of the House Intelligence Committee and lead Democratic prosecutor.

Democratic senators laughed as Schiff joked that Trump had “made a religious man out of Vladimir Putin,” a reference to a comment by Putin last November: “Thank God,” he told an economic forum in Moscow, ”no one is accusing us of interfering in the U.S. elections anymore; now they’re accusing Ukraine.”

The discredited theory that blames Ukraine for interfering in the 2016 elections is no laughing matter, Schiff said, calling it central to the impeachment charges. Trump is accused of seeking the Ukraine investigation — and a probe of Joe Biden and his son, Hunter — for his own political benefit while holding back congressionally approved military aid as leverage.

FIDGET SPINNERS TO THE RESCUE

As senators sat through endless hours of arguments, they found another outlet to focus their attention: fidget spinners.

Sen. Richard Burr, R-N.C., handed out the toys to his colleagues before Thursday’s trial proceedings began. A fidget spinner is a small toy designed to be spun between the fingers, relieving stress or boredom.

Burr was seen playing with a blue spinner while listening to arguments by Rep. Jerrold Nadler, D-N.Y., an impeachment manager. Other senators, including Sen. Tom Cotton, R-Ark., and Pat Toomey, R-Pa., were also seen with spinners on their desks.

SPEAKING UP OUTSIDE THE SENATE

While senators are pledged to silence during the trial proceedings — and deprived of their phones and other electronics — they are speaking out during breaks in the action.

Sen. Lindsey Graham, R-S.C., a top Trump defender, challenged the Democratic argument about the Bidens’ dealings in Ukraine. The White House and some congressional Republicans have raised questions about Hunter Biden’s lucrative job on the board of a Ukrainian natural gas company, and Joe Biden’s successful efforts to force the firing of a corrupt Ukrainian prosecutor. There’s been no evidence of wrongdoing by either Biden.

“I know a lot about the Trump family and their dealings in Russia,” Graham said. “I don’t know anything about the Biden connection. You’re going to hear more about that.”

“If they want new stuff, there is plenty of it,” Schumer said at a news conference before Thursday’s session. ”As the (Democratic) managers made clear, a lot of the documents are sitting there, all compiled, all ready to go, with simply a vote of four Republicans to subpoena them.”

Democrats are expected to wrap up their arguments Friday, with Trump’s legal team set to make its case for up to three days beginning Saturday. Jay Sekulow, a lawyer for Trump, deflected rumors that the defense may wrap up in a single day.

“We’re going to use a sufficient amount of time to defend our case and point out the inconsistencies of their case. We’re not going to run out the clock,” he said. ”I am confident that whether it is (completed) Saturday or Monday or Tuesday that the case will be made defending the president. I have no doubt.” 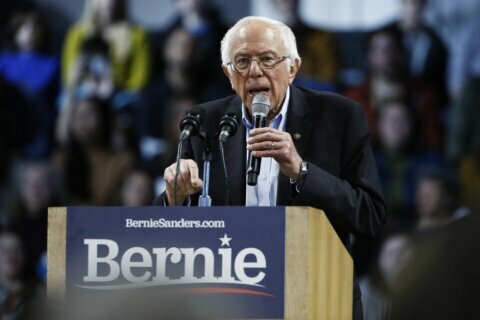 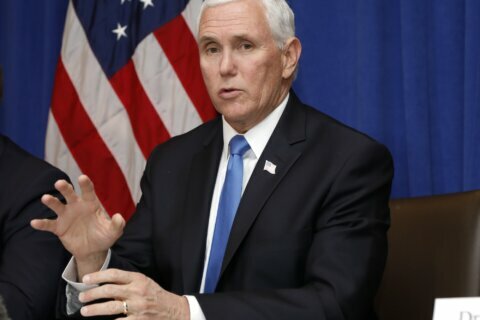 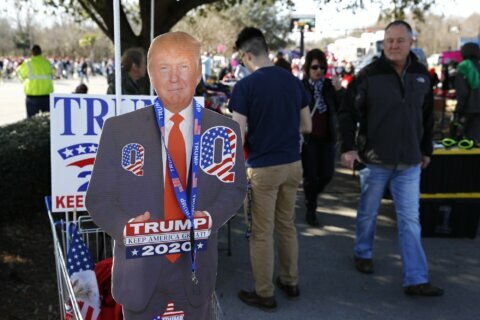