Attack on US Embassy exposes widening US-Iraq divide on Iran

WASHINGTON (AP) — The New Year’s Eve attack on the U.S. Embassy compound in Baghdad has exposed a deepening divide between the United States and Iraq over Iran’s role there, even as the Pentagon embarks on a more aggressive mission to counter Iranian influence across the Mideast.

Esper spoke before Iraqi TV and three Iraqi officials said Friday that Gen. Qassem Soleimani, the head of Iran’s elite Quds Force, had been killed in an airstrike at Baghdad’s international airport.

The officials said the strike also killed Abu Mahdi al-Muhandis, the deputy commander of Iran-backed militias known as the Popular Mobilization Forces. The PMF blamed the United States for the attack, but there was no immediate comment from the U.S. or Iran.

The U.S. had previously retaliated to a Dec. 27 rocket attack, which killed one American, by launching air strikes that killed 25 fighters of an Iran-back militia.

And on Wednesday, upwards of 700 U.S. Army paratroopers arrived in Kuwait from their base at Fort Bragg, North Carolina. Esper said they are “defensive support” that can be used if there is more trouble in Baghdad or elsewhere in the region. Gen. Mark Milley, chairman of the Joint Chiefs of Staff, said additional forces are on alert to deploy, although he said no decision has been made yet to augment the battalion of paratroopers.

Milley, who has combat experience in Iraq, said Iraqi security forces are capable of preventing Iran-backed groups from threatening U.S. interests in Iraq.

“It’s a question of political will,” he said, alluding to the central issue of whether Iraq will choose to sustain its U.S. partnership, which many Iraqis see as an infringement on their sovereignty.

Parts of Iraqi society, on the other hand, detest Iran’s influence, including the role of Iran-backed militias in the PMF, an auxiliary of the Iraqi security forces and nominally under Iraqi government control. The political influence of the PMF has risen in recent years, and their allies dominate the parliament and government. That has made them the target of anti-government protesters, who have attacked Iranian diplomatic missions and the local headquarters of parties affiliated with the militias across southern Iraq.

The U.S.-Iraq relationship, shaped in large part by the 2003 U.S. invasion to topple President Saddam Hussein, has been shaky for years. The invasion unleashed Sunni insurgent violence that had abated by 2011 but was followed in 2014 by the rise of the Islamic State extremist group, which swept across the Syrian border to capture wide swaths of Iraqi territory. U.S. forces returned to help Iraq regain control, but Iranian influence since has grown more overt.

The tensions in Iraq are amplified by the Trump administration’s campaign to squeeze Iran. In 2018 it withdrew from the Iran nuclear deal and imposed economic sanctions, hoping to compel Tehran to negotiate a new and broader nuclear agreement. Iran in response has targeted military, diplomatic and economic interests of the United States and its Gulf allies through proxy forces like the group that attacked the U.S. Embassy compound in Baghdad.

The U.S. has about 5,200 troops in Iraq, mainly to train and advise Iraqi security forces fighting Islamic State remnants. Esper said the Pentagon has been studying a possible scaling down of that force, but he stressed that this is distinct from determining the type and number of combat forces that are needed to deal with Iran-related attacks like Tuesday’s. The U.S. has thousands of forces elsewhere in the Gulf, including in Kuwait, Qatar, Saudi Arabia and Bahrain.

In his remarks at the Pentagon, Esper said the Iraqi government has fallen short of its obligation to defend its American partner. While saying the government’s effort has “greatly improved” since Tuesday’s storming of the U.S. Embassy compound by members of Kataeb Hezbollah, or KH, an Iran-supported militia proxy, Esper made clear his disappointment.

Asked by a reporter whether the Trump administration is asking the Iraqi government to disband or disarm Iran-backed militias, Esper said, “I don’t think it’s up to us to prescribe the steps they should take.” He added, however, that the government needs “to double down” on efforts, thus far unsuccessful, to bring these groups more directly under government control. Some of them played significant roles in fighting the Islamic State group in northern and western Iraq.

In an interview Tuesday with CBS Evening News, Secretary of State Mike Pompeo spoke less directly about U.S. disappointment with Baghdad, saying the Iraqis had been “reminded” of their responsibility to protect the embassy compound. “And we told them where we thought there was risk that things weren’t happening the way we needed it to happen,” he said.

On Thursday, Pompeo spoke by phone with Mohammed al-Halbousi, the speaker of Iraq’s Council of Representatives, and thanked him for his condemnation of the Dec. 31 attack on the U.S. Embassy compound, according to State Department spokesperson Morgan Ortagus. She said al-Halbousi agreed Iraq is obliged to prevent further attacks.

Esper said that for months the Iraqi government was urged “over and over” by senior American officials to do more to control the Iran-sponsored militia groups, such as KH, and to investigate those who instigate attacks on U.S. targets.

“We haven’t seen sufficient action on their part,” he said, adding that Iraqi leaders must “get the Iranian influence out of the country.”

The defense chief said Baghdad also must hold the militia’s leaders to account for recent violent acts, including the rocket assault last week on an Iraqi base near Kirkuk where about 100 U.S. troops were present and one American contractor was killed.

American retaliatory airstrikes on KH-linked facilities on Sunday were followed Tuesday by a protest demonstration in Baghdad that culminated in a breaching of the outer perimeter of the U.S. Embassy compound.

Esper said Iran or its proxy forces may be planning further strikes on American interests in the Middle East. Without providing details, he said the U.S. has “indications” that more Iranian provocations may be in the offing. If that happens, he said, the U.S. will take action — preemptively, if it has enough warning.

Separately, in a written statement Thursday, Esper said the U.S. is certain the attack on the embassy compound was carried out by Iran-supported Iraqi Shiite militias because key leaders of them were seen in the crowd. He specifically referred to Kataeb Hezbollah.

Asked specifically about the likelihood of further provocations by Kataeb Hezbollah following the embassy attack, Esper said: “Do I think they may do something? Yes, and they will likely regret it.”

Milley, the Joint Chiefs chairman, said the U.S. now has sufficient forces at the Baghdad Embassy to defend it.

“We are very confident that the integrity of that embassy is strong, and it is highly unlikely to be physically overrun by anyone,” Milley said. “There is sufficient combat power there, air and ground, that anyone who attempts to overrun that will run into a buzz saw.” 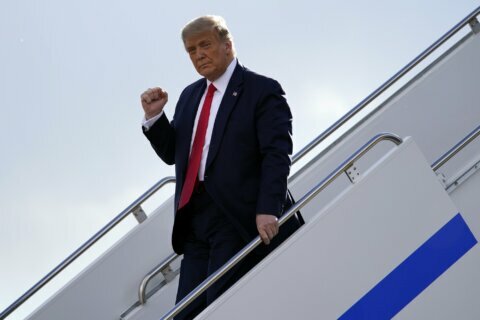 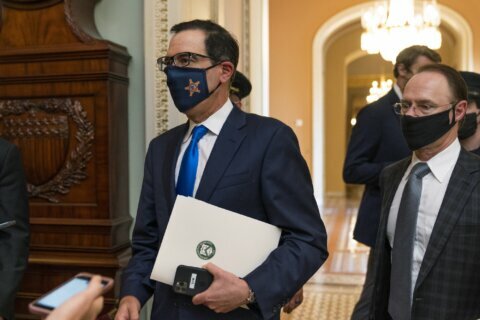