WASHINGTON (AP) — President Donald Trump indicated Saturday that his personal attorney Rudy Giuliani wants to take the information he has gathered from his investigations in Ukraine to the U.S. attorney general and to Congress.

Trump said Giuliani had not yet told him what information he has gathered, though the president said he’s heard it was plentiful.

“He’s going to make a report, I think, to the attorney general and to Congress,” Trump told reporters outside the White House before he departed for Florida. “He says he has a lot of good information. I have not spoken to him about that information.”

Giuliani, the former New York City mayor, has been traveling to Ukraine to pursue investigations into Trump’s potential 2020 Democratic rival Joe Biden and Biden’s son, as well as a discredited conspiracy theory that Ukraine, not Russia, interfered in the 2016 U.S. election to help Trump’s Democratic rival, Hillary Clinton.

Trump’s push to undermine special counsel Robert Mueller’s investigation into Russian interference in the 2016 election — which led to a determination that Russia meddled to help Trump win — has ultimately landed him facing down articles of impeachment, which House Democrats are drafting at House Speaker Nancy Pelosi’s request.

Trump is accused of pressuring Ukrainian President Volodymyr Zelenskiy into announcing investigations into the Bidens while the White House held back crucial security aid for the country that had been approved by Congress.

Joe Biden’s son Hunter was on the board of a Ukrainian energy company while his father was vice president, and Trump has alleged without evidence that the father got a Ukrainian prosecutor fired because the prosecutor was looking into the company. In fact, the U.S. and many other Western governments had pushed for the prosecutor’s ouster, believing that he was soft on crime.

Trump said he believes Giuliani wants to present his information to congressional investigators and to the Justice Department.

“I think he wants to go before Congress … and also to the attorney general and to the Department of Justice,” Trump said. “I hear he’s found plenty.’’ 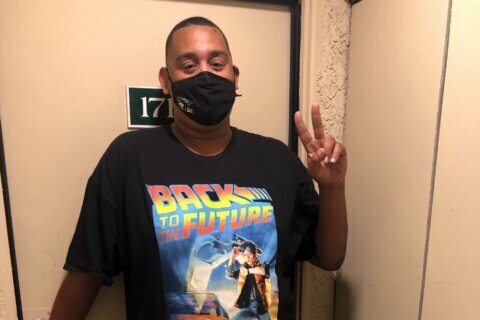 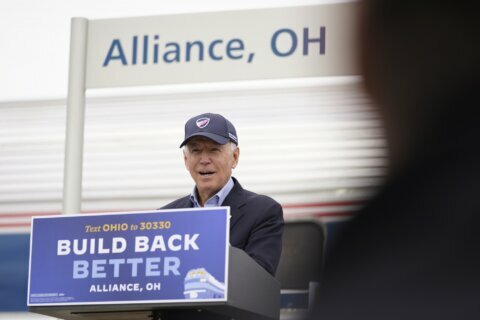