WASHINGTON (AP) — Attorney General William Barr leveled blistering criticism at how the Russia investigation was conducted, saying Tuesday that it was based on a “bogus narrative” that the Trump campaign might have conspired with Russia during the 2016 presidential election.

Barr spoke to NBC News one day after the release of a Justice Department inspector general report that found problems with the FBI’s investigation into ties between the Trump campaign and Russia, but also concluded that there was a proper basis for opening the probe and that it was free of political bias.

Barr, a vocal defender of President Donald Trump, said he disagreed with the inspector general that the FBI had enough information to open the investigation and particularly to use surveillance on a former Trump campaign aide. He said that law enforcement officials involved in applying for those warrants had withheld from judges what he said was key exculpatory information that they had received.

He also blamed the Obama administration for telling Russia not to interfere in the 2016 presidential election and not sharing the same warnings or concerns with the Trump campaign. The FBI discussed whether to give a so-called “defensive briefing” to the Trump campaign, but ultimately concluded that if someone in the campaign was working with Russians they could be tipped off and cover-up their potential criminal behavior, the report said.

“I think our nation was turned on its head for three years based on a completely bogus narrative that was largely fanned and hyped by an irresponsible press,” Barr said.

He said he saw “gross abuses” in the process of obtaining the surveillance warrant and “inexplicable behavior that is intolerable.”

He added: “The attorney general’s primary responsibility is to protect against the abuse of the law enforcement and intelligence apparatus, and make sure it doesn’t play an improper role in our political life. That’s my responsibility, and I’m going to carry it out.”

Barr’s disparagement and dismissal of a key finding of the inspector general’s report is likely to deepen the criticism from Democrats that he acts more like the president’s personal lawyer than the attorney general. Barr has enthusiastically embraced Trump’s political agenda and faced intense criticism after he cast special counsel Robert Mueller’s report as a vindication for the president and launched a probe to investigate the investigators— something Trump has repeatedly said should happen.

During an appearance at a Wall Street Journal event in Washington, Barr said he thought the evidence used to open the Russia investigation was “very flimsy.” He also criticized the FBI for not briefing the Trump campaign about its investigation and for withholding exculpatory information from the court that issued secret surveillance warrants.

The long-awaited report issued Monday rejected theories and criticism spread by Trump and his supporters, though it also found “serious performance failures” up the bureau’s chain of command that Republicans are citing as evidence that Trump was targeted by an unfair investigation.

The review by Inspector General Michael Horowitz knocked down multiple lines of attack against the Russia investigation, finding that it was properly opened and that law enforcement leaders were not motivated by political bias. Contrary to the claims of Trump and other critics, it said that opposition research compiled by an ex-British spy named Christopher Steele had no bearing on the decision to open the investigation known as Crossfire Hurricane. And it rejected allegations that a former Trump campaign aide at the center of the probe was set up by the FBI.

Barr, echoing Trump’s comments from earlier this month, suggested that Americans should wait for the findings of John Durham, the prosecutor Barr selected to investigate how intelligence was gathered in the Russia probe. Both Barr and Durham have rejected the inspector general’s conclusion that there was sufficient evidence to open the FBI investigation

Durham, in a brief statement Monday, suggested his own investigation would back up his disagreement.

“I think he will have a broader appreciation of all the facts and a determination can be made,” Barr said of Durham. “I don’t know what the motivations were and I’m not saying there was an improper motivation, but I think it is premature to rule definitively there wasn’t.”

The inspector general’s report found that the FBI had an “authorized purpose” when it opened its investigation in July 2016 into whether the Trump campaign was coordinating with Russia to tip the election in his favor. The report said the FBI had cause to investigate a potential national security threat.

The inspector general identified 17 “significant inaccuracies or omissions” in applications for a warrant and later renewals from the secretive Foreign Intelligence Surveillance Court to monitor the communications of former Trump campaign adviser Carter Page.

The research compiled by Steele, colloquially known as the Steele Dossier, which the FBI used as part of its application to the Foreign Intelligence Surveillance Court was “garbage,” Barr said.

“I think it was a gross abuse,” he added.

The report also details that the FBI used an informant to set up and record a September 2016 meeting with a high-level Trump campaign official. The official wasn’t identified by name, but was not a subject of the Russia investigation, the report said. While the information collected wasn’t used during the Russia probe, it does lend support to the assertions by Trump and Barr that the Trump campaign was spied upon.

FBI Director Christopher Wray acknowledged in an interview with The Associated Press that the report had identified significant problems with how agents conducted the investigation and that it was “important” the inspector general found the investigation was properly opened and not affected by political bias.

Trump lashed out at Wray on Twitter, saying he would never be able to fix the FBI.

“I don’t know what report current Director of the FBI Christopher Wray was reading, but it sure wasn’t the one given to me,” Trump tweeted. “With that kind of attitude, he will never be able to fix the FBI, which is badly broken despite having some of the greatest men & women working there!”

The tweet was a rare direct attack on Wray, who has largely been spared the public ire Trump vented at former FBI Director James Comey — whom he fired in May 2017 — and at Andrew McCabe, who temporarily replaced Comey but was later fired by the Justice Department. Wray inherited a year-old Russia investigation when he was installed in August 2017 and, by that point, the probe was already in the hands of Mueller. 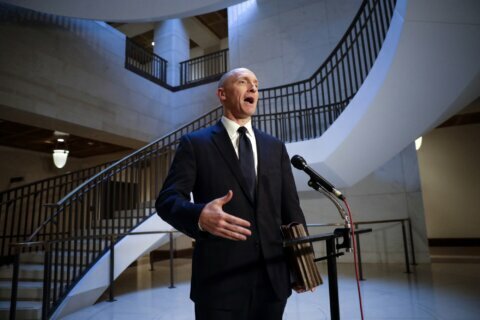 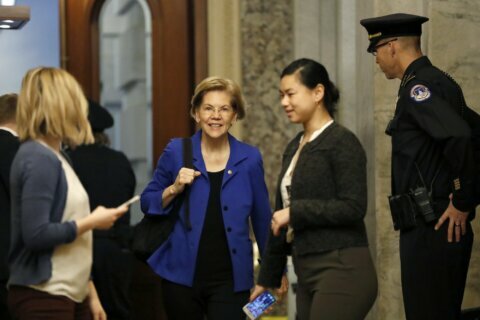