WASHINGTON (AP) — U.S. State Department officials were informed that Ukrainian President Volodymyr Zelenskiy was feeling pressure from the Trump administration to investigate former Vice President Joe Biden even before the July phone call that has led to impeachment hearings in Washington, two people with knowledge of the matter told The Associated Press.

In early May, officials at the U.S. Embassy in Kyiv, including then-Ambassador Marie Yovanovitch, were told Zelenskiy was seeking advice on how to navigate the difficult position he was in, the two people told the AP. He was concerned President Donald Trump and associates were pressing him to take action that could affect the 2020 U.S. presidential race, the two individuals said. They spoke on condition of anonymity because of the diplomatic and political sensitivity of the issue.

State Department officials in Kyiv and Washington were briefed on Zelenskiy’s concerns at least three times, the two sources said. Notes summarizing his worries were circulated within the department, they said.

The briefings and the notes show that U.S. officials knew early that Zelenskiy was feeling pressure to investigate Biden, even though the Ukrainian leader later denied it in a joint news conference with Trump in September.

Congressional Republicans have pointed to that public Zelenskiy statement to argue that he felt no pressure to open an investigation, and therefore the Democrats’ allegations that led to the impeachment hearings are misplaced.

“Both presidents expressly have stated there was no pressure, no demand, no conditions, no blackmail, no corruption,” one Republican lawmaker, John Ratcliffe of Texas, argued on the first day of public hearings last week.

The central allegation in the impeachment inquiry is that Trump, through his allies, demanded that Ukraine, which is fending off Russian aggression, launch an investigation that would benefit him politically in exchange for crucial military and strategic support.

Witnesses have detailed, in closed-door depositions and public impeachment hearings, that allies of Trump pressed Ukraine to investigate Biden and his son while withholding military aid and a coveted meeting between the newly elected Zelenskiy and Trump.

The U.S. briefings — and contemporaneous notes on Zelenskiy’s early anxiety about Trump’s interest in an investigation — suggest that Democrats have evidence in reach to contradict Republican arguments that Zelenskiy never felt pressure to investigate Biden.

The Associated Press reported last month about Zelenskiy’s meeting on May 7 with, two top aides, as well as Andriy Kobolyev, head of the state-owned natural gas company Naftogaz, and Amos Hochstein, an American who sits on the Ukrainian company’s supervisory board. Ahead of the meeting, Hochstein told Yovanovitch, the U.S. ambassador, why he was being called in.

Zelenskiy’s office has not replied to requests for comment about the May 7 meeting.

Notes circulated internally at the State Department indicated that Zelenskiy tried to mask the real purpose of his May 7 meeting __ which was to talk about political problems with the White House __ by saying it was about energy, the two people with knowledge of the matter said.

After the meeting with Zelenskiy, Hochstein separately briefed two U.S. Embassy officials, Suriya Jayanti and Joseph Pennington, about Zelenskiy’s concerns, said the two people who spoke to the AP. Jayanti and Pennington took notes on the meeting, the people said.

Hochstein told the embassy officials about Zelenskiy’s concerns and then traveled to Washington to update Yovanovitch on the meeting. The ambassador, who was facing a smear campaign, had just been called back to Washington, where she was informed that she no longer had the confidence of the president. She was relieved of her duties as ambassador on May 20.

Jayanti was also one of three witnesses to a phone call in which Trump discussed his interest in an investigation of Biden with his ambassador to the European Union, Gordon Sondland. The call occurred while Sondland was having lunch with three embassy officials in Kyiv. David Holmes, political counsel at the U.S. Embassy in Kyiv, has already detailed to House investigators what he overheard. Jayanti and the third witness, Tara Maher, have not been interviewed.

Hochstein, a former diplomat who advised Biden on Ukraine matters during the Obama administration, has also not been questioned in the impeachment proceedings.

The Republican arguments about Zelenskiy’s lack of concern stem from a Sept. 25 joint media appearance by the American and Ukrainian leaders in which Zelenskiy discussed the July call with Trump that effectively launched the impeachment inquiry.

The appearance came shortly after Trump released a rough transcript of the call.

“You heard that we had, I think, good phone call. It was normal. We spoke about many things. And I — so I think, and you read it, that nobody pushed — pushed me,” Zelenskiy said in the appearance with Trump on the sidelines of the U.N. General Assembly meeting in New York.

“In other words, no pressure,” Trump spoke up to add.

In the impeachment hearings, Democrats have countered that Zelenskiy’s public comments came when he was trying to calm the waters with the U.S. president in the immediate wake of the transcript’s release. The burgeoning scandal has brought further uncertainty for Ukraine with its most important Western partner as the country faces simmering conflict with Russia. Zelenskiy’s May 7 meeting suggests that he had been concerned about U.S. support from the start. 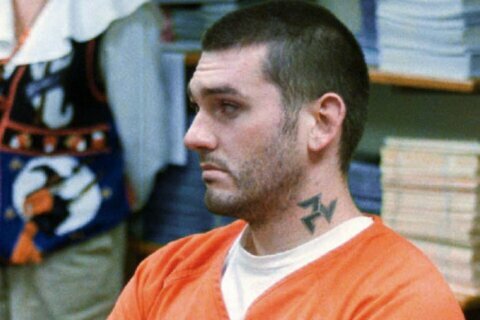 US appeals to proceed with 1st federal execution in 17 years 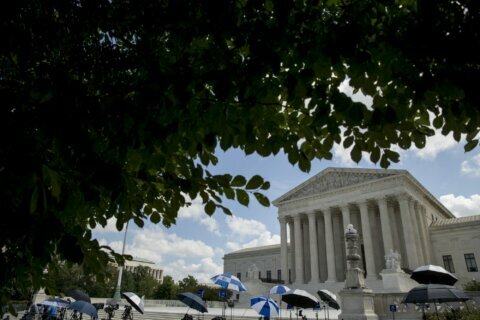 A look at the cases behind the Supreme Court rulings 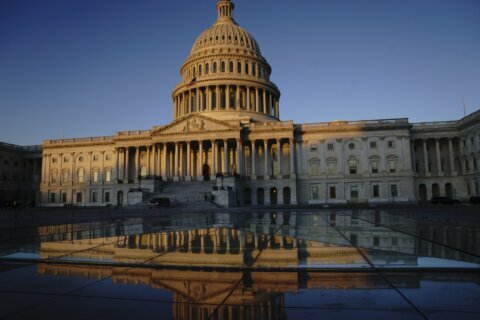