The Democratic presidential candidate will stage a “Rally Against Fear” the evening of Oct. 17 at The Theatre at Grand Prairie in suburban Dallas around the same time Trump is holding an event of his own at the American Airlines Center, home to the NBA’s Dallas Mavericks and the NHL’s Dallas Stars. Trump says he’ll highlight the strength of the Texas economy, which his campaign says has added nearly 775,000 jobs since he took office in 2017.

O’Rourke told The Associated Press that his event will be open to anyone who wants to stand up for the truth at an important moment in the nation’s history.

“Instead of the fear, the racism, the intolerance the violence of the president it is our ambitions, our aspirations and the fact that we don’t see the differences between us as in any way defining or limiting or dangerous, we see them as foundational to our strength and our success, as well as our safety,” O’Rourke said.

The Republican president flew to O’Rourke’s hometown of El Paso in February for a rally at a packed arena in support of expanding the U.S.-Mexico border wall. As he spoke, O’Rourke headlined an event that drew thousands protesting the Trump administration’s immigration policy at a nearby baseball diamond. The two venues were so close that at moments when the cheering quieted during O’Rourke’s speech, the echo of Trump’s address being broadcast on speakers outside the venue where he was speaking could be heard.

Next week’s competing events won’t be nearly that close in proximity, but O’Rourke said he nonetheless hopes for a similar result.

“I found that to be so powerful and so beautiful in the way people came together across all backgrounds and race, religion, age to come together as Americans first before we’re anything else,” O’Rourke said of the El Paso event. “And not so much against anything but for what we know this country to be at its best, and that is a country of immigrants and asylum seekers and their sons and daughters.”

Those dueling rallies showed that O’Rourke was capable of providing effective political counterprogramming to Trump in a way that few of the president’s opponents have been able to accomplish. The former congressman flew to Iowa about a month later and kicked off a presidential campaign that began as a whirlwind of rising poll numbers and strong fundraising but that has since seen both decline sharply in a crowded 2020 field.

O’Rourke shifted the focus of his campaign to promoting gun control and calling out what he says is Trump’s overt racism after a gunman — believed to have written an anti-Hispanic rant that echoed some of the president’s anti-immigrant rhetoric — drove 600 miles (965 kilometers) to El Paso to open fire at a Walmart on Aug. 3, killing 22 people.

As Trump was preparing to visit El Paso after that massacre, he recalled the dueling February rallies, tweeting that he’d “trounced” O’Rourke during them. 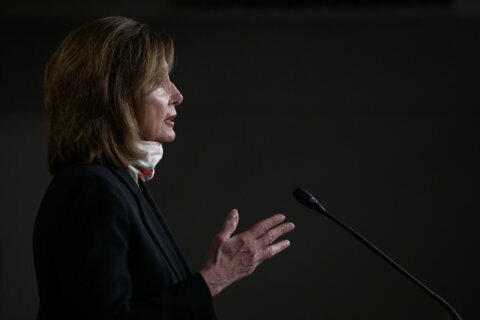 Pelosi to Trump: Be a ‘healer in chief’ 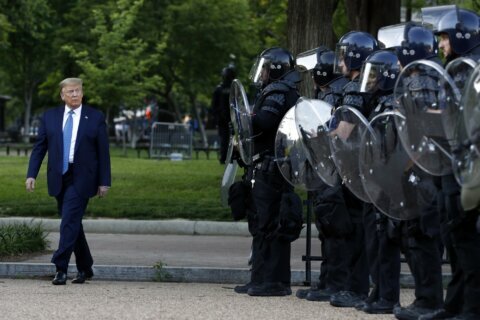 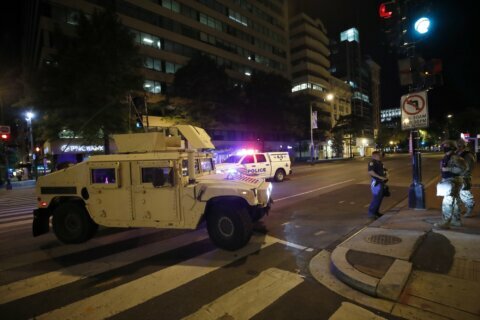 Presidents have leeway to use military for domestic purposes