President Donald Trump made a pocketbook appeal to New Mexico voters, assuring them at a rally Monday night near Albuquerque that his energy policies have made the state wealthier.

Trump warned that that those gains could disappear if the proposal known as the Green New Deal takes effect. He accused Democrats of wanting to annihilate New Mexico’s economy.

New Mexico hasn’t backed a Republican for president since 2004. Trump rallied supporters in suburban Rio Rancho as part of an effort to turn the state and expand his grip on the Electoral College in next year’s election.

President Donald Trump says he can win New Mexico and is boasting that an oil and gas boom has helped to grow the state’s revenues.

During a rally Monday night outside Albuquerque, the president asked supporters to give him more time in office. The crowd of thousands responded by chanting “Four more years.”

An El Paso, Texas, native who now lives in Albuquerque, Dianna Arvizu, is among those in the crowd. She says Trump has a strong chance at capturing New Mexico.

She calls his visit “big,” saying that “he’s coming for us in New Mexico because he cares.”

Trump told the crowd that the number of new business licenses in New Mexico is outpacing other states.

President Donald Trump has arrived in New Mexico and is on his way to a rally in a suburb of Albuquerque.

Thousands of people are gathered at the Santa Ana Star Center in Rio Rancho, awaiting the president’s arrival for Monday evening’s rally. Many have been waiting in line the morning hours to hear the president speak.

Near downtown Albuquerque, a few hundred Democrats are holding their own rally. Some elected leaders have spoken, including congresswoman Deb Haaland.

She describes the president as misogynistic and ego-driven, saying Democrats will fight to make sure New Mexico stays blue, referring to the hold Democrats have had on the state for years.

President Donald Trump is headed to New Mexico for a campaign rally that demonstrates his efforts to capture a few more Democratic-leaning states in next year’s presidential election.

Trump will speak at a rally near Albuquerque, New Mexico, on Monday. It’s the first stop on a three-day swing that will also take him to California for a quartet of fundraisers expected to raise more than $15 million.

Trump is looking to find the next Wisconsin or Michigan — states that Democrats generally win in presidential elections but that can surprise under certain conditions, as they did in 2016.

New Mexico has not voted for a Republican in the presidential election since 2004. 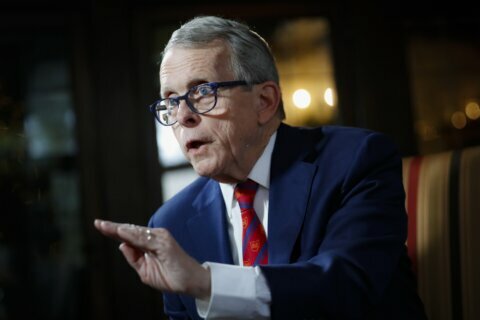 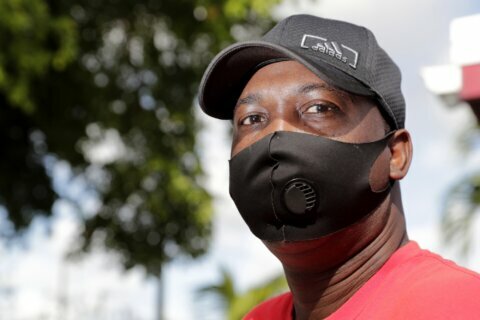 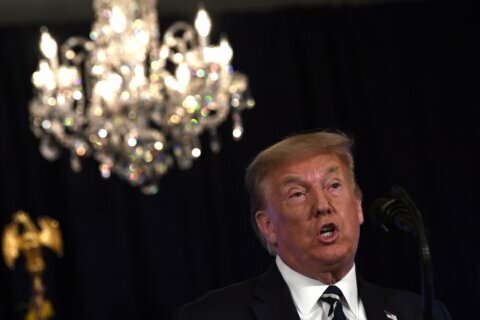