MANCHESTER, N.H. (AP) — Republicans in Iowa and New Hampshire are vowing to hold a caucus and primary next year,…

MANCHESTER, N.H. (AP) — Republicans in Iowa and New Hampshire are vowing to hold a caucus and primary next year, even as party leaders in a handful of other states have canceled their contests to help smooth President Donald Trump’s path to reelection.

“Under no circumstances will the New Hampshire primary ever be canceled, whether there’s token opposition or a serious contest,” Steve Duprey, New Hampshire’s national Republican committeeman, said in an interview.

“It was never even up for discussion,” echoed Iowa GOP National Committeeman Steve Scheffler in a separate interview. “We’re not going to shut the door on anyone and say, ‘You’re not welcome.'”

At least three Republicans have stepped up to challenge Trump’s claim to his party’s 2020 presidential nomination: former Massachusetts Gov. Bill Weld,former South Carolina Gov. and U.S. Rep. Mark Sanford and former Illinois congressman Joe Walsh. None of them is expected to generate enough support to defeat — or even embarrass — the incumbent president in the months leading up to the November 2020 general election.

Still, Trump allies on the ground in South Carolina, Nevada, Arizona and Kansas moved in recent days to cancel their 2020 primary contests altogether to eliminate the possibility of trouble. Some said the cancellations were simply a cost-cutting measure, yet they follow aggressive steps by the Trump campaign and the Republican National Committee in recent months to strengthen Trump’s reelection chances.

Canceling primaries is not unprecedented, but it is not common. Republicans and Democrats canceled presidential nominating contests to protect incumbents across 10 or fewer states in 1992, 1996, 2004 and 2012.

“It does lend itself to the whole sinister anti-democratic thing,” Kochel added. “I don’t think it’s quite that simple.”

While polls suggest the overwhelming majority of Republican voters support Trump, some veteran GOP officials were troubled by the decisions to cancel elections altogether, dismissing the cost-cutting motive as spin.

“This was a shady backroom deal where a small group of party insiders made a big decision that stops hundreds of thousands of voters from participating in the process,” said South Carolina Republican operative Rob Godfrey, who previously worked for the state GOP and former Gov. Nikki Haley.

“What’s the RNC and the Trump campaign afraid of?” asked Felkel, who worked for Jeb Bush’s 2016 presidential bid. “This to me, no matter how they spin it, suggests there’s weakness they don’t want to reveal.”

“This is the kind of thing that happens in autocratic nations led by dictators,” Cullen said. “One way to ensure that the president of Russia gets 98% of the vote is you don’t allow anyone else on the ballot.”

The Trump campaign has essentially ignored the prospect of a serious primary challenge when asked. The incumbent president is not expected to accept invitations for traditional primary activities, such as debates.

Campaign spokesman Tim Murtaugh would say only that “President Trump’s election is in November 2020.”

Trump himself, however, has already given his trio of challengers a derogatory nickname. “The Three Stooges, all badly failed candidates, will give it a go!” the president tweeted over the weekend after Walsh and Sanford formally joined Weld in the Republican field.

Both Walsh and Sanford have begun reaching out to potential supporters in New Hampshire, the state that has emerged as the unofficial staging ground of the GOP’s “Never Trump” movement. Former state party chair Jennifer Horn has become a fierce Trump critic, as have several former Republican officeholders in the state.

Cullen said that primary contest cancellations elsewhere mean that “New Hampshire is the only game in town” for a real Trump challenge.

“If anything, this means that the place to send a message is New Hampshire,” Cullen said. “It already was, but now there’s literally no other options.”

Even in the Granite State, however, Trump is expected to easily beat back primary challengers. And the bar may be high even for those Republicans hoping to embarrass Trump by denying him a significant portion of the vote.

President Barack Obama, for example, won New Hampshire’s 2012 presidential primary with only around 81% of the vote.

Still, New Hampshire Republicans will at least get a chance to be heard. The first-in-the-nation primary can only be canceled by changing state law.

New Hampshire GOP Chairman Stephen Stepanek, who ran the Trump campaign’s New Hampshire efforts in 2016, said he could “never conceive of the New Hampshire primary ever being canceled for any reason.”

The level of enthusiasm for Trump among New Hampshire Republicans “is just overwhelming,” he said. He also predicted that Trump will get “well into the 90s” in the state’s 2020 GOP primary.

“I think they’re going to be very excited to vote for him just to show their support for him,” Stepanek said. 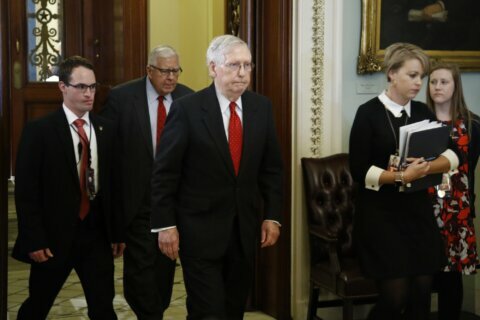 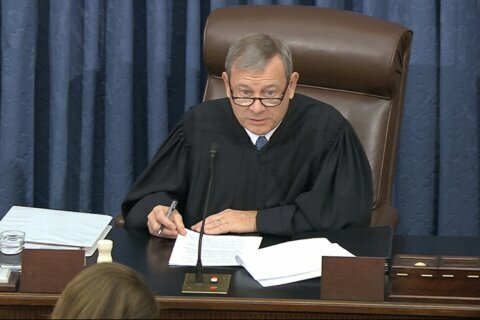