WASHINGTON (AP) — Raising the stakes in an ideologically charged standoff over women’s health, Planned Parenthood said Wednesday it will…

WASHINGTON (AP) — Raising the stakes in an ideologically charged standoff over women’s health, Planned Parenthood said Wednesday it will soon leave the federal family planning program unless a court puts a hold on Trump administration rules that bar clinics from referring patients for abortions.

The administration responded that it is ready to operate the Title X family planning program without the organization that has been the largest provider. About 4 million women are served nationwide under the program, which distributes $260 million in grants to clinics. It’s unclear how many patients would be affected.

Planned Parenthood spokeswoman Erica Sackin said that its affiliated clinics “will be formally out of the Title X program” by Monday, passing up federal funding, unless the full 9th U.S. Circuit Court of Appeals in San Francisco halts the new rules. The appeals court is weighing a lawsuit by Planned Parenthood and others to overturn the rules; a panel of judges in effect had earlier allowed the administration to go ahead with enforcement.

Monday also is the deadline set by the federal Department of Health and Human Services for participants in the family planning program to submit plans on how they would comply with the rules, which are set to take effect Sept. 18.

In a notice to the court Wednesday, Planned Parenthood said it “will be forced to withdraw” by close of business on Monday unless the full court intervenes. Planned Parenthood says the administration’s new policy is “unethical and dangerous,” amounting to a “gag rule” on clinicians.

“To the extent that Planned Parenthood claims that it must make burdensome changes to comply with the final rule, it is actually choosing to place a higher priority on the ability to refer for abortion instead of continuing to receive federal funds to provide a broad range of acceptable and effective family planning methods,” Heck said in a statement.

The immediate impact for patients remained unclear. Planned Parenthood says it serves about 40% of patients, but it has also pledged to keep its doors open as it contests the administration’s policy change. Other program participants unaffiliated with Planned Parenthood have warned they’d leave the program as well.

It seemed likely that disruptions to the 50-year-old program would vary from state to state. Some states have said they would step in to take over from the federal government. In addition to birth control, clinics provide basic health services and cancer screenings for many low-income women.

Although federal family planning money cannot be used to pay for abortions, clinics had been able to refer women seeking abortions to another provider. In many cases, that would be a Planned Parenthood facility.

The administration’s family planning rule is part of a series of efforts to remake government policy on reproductive health to please conservatives who are a key part of President Donald Trump’s political base. Religious conservatives see the program as providing an indirect subsidy to Planned Parenthood, which runs family planning clinics and is also a major abortion provider.

Along with the ban on abortion referrals by clinics, the rule’s requirements include financial separation from facilities that provide abortion, designating abortion counseling as optional instead of standard practice and limiting which staff members can discuss abortion with patients. Clinics would have until next March to separate their office space and examination rooms from the physical facilities of providers that offer abortions.

HHS says it does not want to see a disruption of services, and officials are willing to accommodate clinics that are making a “good-faith” effort to comply.

Abortion is a legal medical procedure, but federal laws prohibit the use of taxpayer dollars to pay for abortions except in cases of rape or incest or to save the life of the woman.

Planned Parenthood and other opponents of the administration’s rule say it would interfere with a medical professional’s duty to provide complete information to their patients. Also seeking to overturn the rule are several states and professional groups, including the American Medical Association.

“For all intents and purposes, (the new policy) imposes a gag rule on what information physicians can provide to their patients,” the AMA said in a statement this year. “The patient-physician relationship relies on trust, open conversation and informed decision making and the government should not be telling physicians what they can and cannot say to their patients.”

“Women across America are going to find out for themselves that they don’t need Planned Parenthood after the nation’s largest abortion vendor pulls out of a program that they never should have been in at all,” said Students for Life president Kristan Hawkins in a statement. 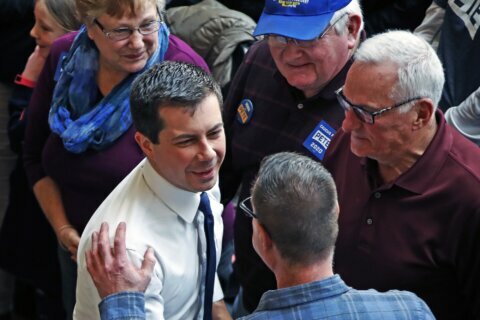 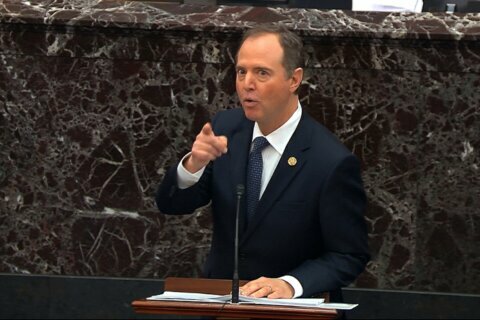 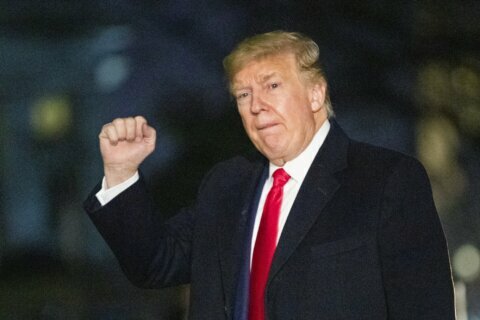 Democrats not alone in soliciting votes in Iowa; GOP is, too