YUMA, Ariz. (AP) — The acting secretary of Homeland Security said Friday that he expected 25% fewer migrants to cross the border this month, as officials in Yuma unveiled the newest temporary facility meant to detain children and families.

That number of illegal crossings would still be too high, but it was a start, Kevin McAleenan said, crediting Mexico with a concentrated effort to stop Central Americans before they arrived even to Mexico — a push prompted by threats of tariffs from President Donald Trump.

The president has seen numbers of migrants crossing the U.S.-Mexico border skyrocket under his term despite his hardline policies and tough talk. More than 100,000 people, mostly families from Central America, have crossed the border each month over the past few months. Trump sees the monthly border numbers as a benchmark for success, and in the past when he felt numbers were too high, he threatened to shut down the border.

McAleenan dismissed the idea that a projected decrease in June was due in part to hot summer months, traditionally a time fewer people cross.

“These initiatives are making an impact,” he said.

Meanwhile, facilities that house detained migrants are vastly overcrowded and advocates and attorneys have decried conditions inside. Border facilities are meant as temporary holding stations, built to hold a maximum of about 4,000, but have routinely held as many as 15,000.

Teens and children, detained days or weeks by U.S. border authorities, described frigid cells where flu-stricken children in dirty clothes ran fevers, vomited and cried with no idea when they would get out, according to court documents in a case that governs how children are cared for in government custody.

Congress sent Trump a $4.6 billion package on Thursday that bolsters care for the tens of thousands of migrants taken into custody. McAleenan praised the move, but also cautioned there was much more work to do.

In Yuma, construction on the new 500-person tent facility in the back parking lot of a Border Patrol headquarters began about two weeks ago. Large air conditioning units set up for them hum loudly.

The facility is composed of two large tents: One for processing and another that’s divided into pods for holding and is expected to open in the next day, said Yuma Sector Chief Anthony Porvaznik.

The facilities will be exclusively for families traveling with children and for unaccompanied children. The agency spent just under $15 million for the setup and services for four months, including meals, laundry and security. There are thick mats to sleep on, showers, playpens for infants and aluminum blankets.

“I think we were able to manage the process very well although we were at the breaking point, we were under-resourced. This humanitarian crisis has stretched our resources,” he added.

He said despite extra room, agents will continue to drop off some immigrant families to a local shelter.

The Border Patrol in Yuma had capacity for 400 people, but regularly went over that number as agents struggled to process the large number of people, most from Central American and many of them asylum seekers.

Nearly 11,000 families and 6,000 unaccompanied kids have crossed the Yuma sector since October, making it the third-busiest area in the Southwest.

McAleenan also spoke of the tragic image of a father and his toddler, drowned on the banks of the Rio Grande.

“The situation should not be acceptable to any of us,” he said of the deaths. “It should galvanize action and real debate … And yet here in Washington we have collectively failed to end this crisis. This is not on the men and women of DHS. They deserve better and so do the families of children.” 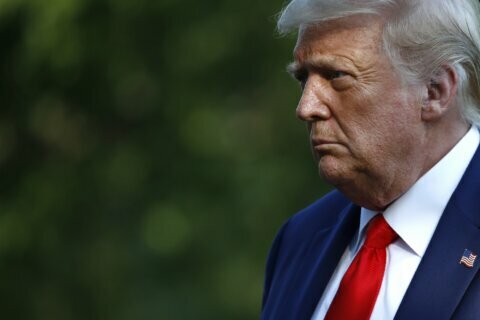