The Latest: Klobuchar takes a ‘relative’ look at gun laws

The Latest on the presidential candidates (all times EST): 11:30 p.m. Minnesota Sen. Amy Klobuchar says that she comes at…

The Latest on the presidential candidates (all times EST):

Minnesota Sen. Amy Klobuchar says that she comes at gun safety legislation from the perspective of: “Would this hurt my Uncle Dick in the deer stand?”

Appearing Monday night at a CNN town hall in New Hampshire, the 2020 Democratic presidential candidate says her state values the outdoors as well as hunting and fishing.

She says banning assault weapons wouldn’t hurt her Uncle Dick in the deer stand, nor would background checks.

Her voice broke as she recalled the mother of a Sandy Hook school shooting victim describing how her little boy died in the arms of his school aide.

Klobuchar says, “We should join the majority of Americans and actually many gun owners in having the courage to pass common sense gun safety legislation.

Minnesota Sen. Amy Klobuchar referenced the late singer Prince in saying that doctors need to change the prescribing habits of opioids in the United States.

The Democratic presidential hopeful spoke Monday night at a CNN town hall in New Hampshire. She says her state still hasn’t gotten over the 2016 death of Prince, one of Minnesota’s most famous residents. He died of an accidental fentanyl overdose.

Klobuchar says the U.S. should pay for addiction treatment by taking money from the drug companies who are selling the opioids.

She referenced a bill she has co-sponsored along with Democratic Sen. Joe Manchin of West Virginia and Republican Sen. Rob Portman of Ohio that would require all states getting certain federal funding to electronic prescription drug monitoring and share information across state lines.

Sen. Kirsten Gillibrand says it would be an “inappropriate” use of the U.S. military to intervene in Venezuela.

Visiting a popular bar near the University of Iowa campus, the New York Democrat weighing a 2020 presidential campaign is responding to President Donald Trump’s warning to Venezuela’s military. Trump said if the military continues to stand with President Nicolas Maduro’s government it “would find no safe harbor” and that “all options are open.”

Gillibrand says, “We should be using diplomatic and political support for the new government and we should consider sanctions against Maduro, but military action is inappropriate in this case.”

Trump spoke Monday at a rally in Miami, as the months-long political crisis in Venezuela stretched on. The Venezuelan military has blocked the U.S. from moving tons of humanitarian aid airlifted in recent days to the Colombian border with Venezuela.

Weighing a bid for president, Gillibrand visited Cedar Rapids, Iowa, on Monday. She said she thinks Ocasio-Cortez’s point is that subsidies given to Amazon were outrageous, not that she didn’t want the jobs in New York.

Amazon faced opposition from some New York officials who were unhappy with the tax incentives the retailer was promised.

Gillibrand told reporters that taxpayers were going to be “left holding the bag” and that shows the deal was outrageous.

Democratic Sen. Kamala Harris has held her first New Hampshire town hall in snowy Portsmouth along the coast. Before the event began, Harris stood on the steps of South Church and addressed a swelling overflow crowd that had been waiting outside in the still-falling snow.

She said Monday: “It’s cold. It’s snowing. It’s beautiful to this Californian.” She promised that those who couldn’t fit inside the church would have “many opportunities” to spend time with her.

Inside, Harris fielded a dozen questions from attendees, including whether she would support an effort to change Columbus Day as Indigenous Peoples Day at the federal level. (She would.) Harris didn’t mention President Donald Trump by name, but implicit in many of her responses was a rebuke of the administration and the president’s policies.

She will continue to campaign in New Hampshire on Tuesday.

California Sen. Kamala Harris says she won’t comment again on the investigation into a reported attack on “Empire” actor Jussie Smollett until an investigation is completed.

Speaking to reporters in Concord, New Hampshire, on Monday during her first 2020 presidential campaign trip here, Harris says that “the facts are still unfolding” and that while she is “very concerned” about Smollett’s initial allegation and that it should be taken seriously, “there should be an investigation.”

She says, “I think that once the investigation is concluded, then we should all comment, but I’m not going to comment until I know the outcome of that investigation.”

Harris previously tweeted that the alleged attack was “an attempted modern day lynching.”

She will hold a town hall later Monday in Portsmouth, her first of the 2020 cycle.

Sen. Kamala Harris is letting voters in New Hampshire know that she does not consider herself a democratic socialist.

On Monday, the California Democrat stopped by The Common Man restaurant in Concord, greeting patrons and having lunch with Democratic Rep. Annie Kuster. Soon after, she went to Gibson’s Bookstore and took questions from shoppers, telling the group: “I plan on competing in New Hampshire. I plan on spending a lot of time here.”

Vermont Sen. Bernie Sanders, who calls himself a “democratic socialist” won a commanding victory in New Hampshire in 2016. Asked whether she’d have to lean that way in order to compete here, she said she would not.

She says, “The people of New Hampshire will tell me what’s required to compete in New Hampshire, but I will tell you I am not a democratic socialist.”

Several Democratic presidential candidates are closing out the long holiday weekend by campaigning across states key to securing their party’s nomination.

On Presidents Day, much of the attention turned to New Hampshire, home to the first presidential primary. Three candidates, Sens. Kamala Harris of California, Cory Booker of New Jersey and Amy Klobuchar of Minnesota, were making their first visits to the state since launching their 2020 presidential bids.

Booker has been in the state for a few days and will wrap up his trip with a house party in Nashua. House parties are a staple of campaigning in the state.

Harris planned an afternoon town hall in Portsmouth and will participate in the Politics & Eggs breakfast on Tuesday.

Klobuchar will hold a meet-and-greet in Goffstown on Monday before a CNN town hall.

Meanwhile, Sen. Kirsten Gillibrand of New York was back in Iowa, the leadoff caucus state, with plans to meet voters in Cedar Rapids and Iowa City.

Former Rep. John Delaney of Maryland, who also is running for president, was campaigning in Iowa as well. 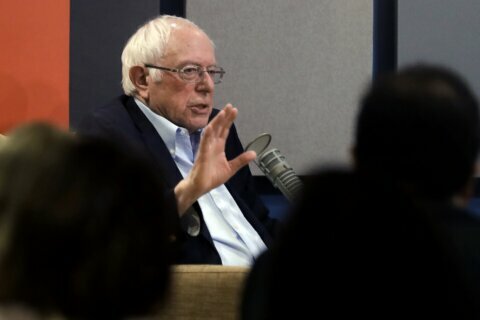 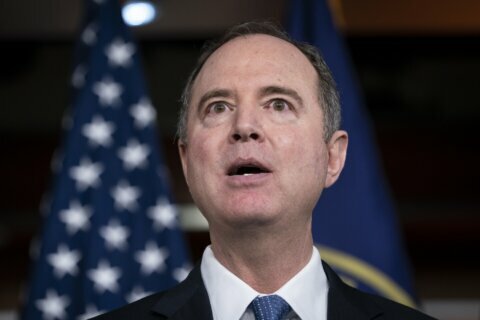