A stern memo about Manafort says he ‘brazenly violated’ law

WASHINGTON (AP) — Former Trump campaign chairman Paul Manafort committed crimes that cut to “the heart of the criminal justice system” and over the years deceived everyone from bookkeepers and banks to federal prosecutors and his own lawyers, according to a sentencing memo filed by special counsel Robert Mueller’s office.

In the memo, submitted Saturday in one of two criminal cases Manafort faces, prosecutors do not yet take a position on how much prison time he should serve or whether to stack the punishment on top of a separate sentence he will soon receive in a Virginia prosecution. But they do depict Manafort as a longtime and unrepentant criminal who committed “bold” crimes, including under the spotlight of his role as campaign chairman and later while on bail, and who does not deserve any leniency.

“For over a decade, Manafort repeatedly and brazenly violated the law,” prosecutors wrote. “His crimes continued up through the time he was first indicted in October 2017 and remarkably went unabated even after indictment.”

Citing Manafort’s lies to the FBI, several government agencies and his own lawyer, prosecutors said that “upon release from jail, Manafort presents a grave risk of recidivism.”

The 25-page memo, filed in federal court in Washington, is likely the last major filing by prosecutors as Manafort heads into his sentencing hearings next month and as Mueller’s investigation approaches a conclusion. Manafort, who has been jailed for months and turns 70 in April, will have a chance to file his own sentencing recommendation next week. He and his longtime business partner, Rick Gates, were the first two people indicted in the special counsel’s investigation. Overall, Mueller has produced charges against 34 individuals, including six former Trump aides, and three companies.

Manafort’s case has played out in stark contrast to those of other defendants in the Russia investigation, such as former national security adviser Michael Flynn, who prosecutors praised for his cooperation and left open the possibility of no jail time.

Manafort pleaded guilty to two counts of conspiracy arising from his Ukrainian political consulting work and his efforts to tamper with witnesses. As part of that plea, he agreed to cooperate with Mueller’s team, a move that could have helped him avoid a longer prison sentence. But within weeks, prosecutors say he repeatedly lied to investigators, including about his interactions with Konstantin Kilimnik, a business associate who the U.S. says has ties to Russian intelligence. That deception voided the plea deal.

The sentencing memo comes as Manafort, who led Donald Trump’s 2016 campaign for several critical months, is already facing the possibility of spending the rest of his life in prison in a separate tax and bank fraud case in Virginia. Mueller’s team endorsed a sentence of between 19.5 and 24.5 years in prison in that case.

Prosecutors note that the federal guidelines recommend a sentence of more than 17 years, but Manafort pleaded guilty last year to two felony counts that carry maximum sentences of five years each.

Prosecutors originally filed a sealed sentencing memo on Friday, but the document was made public on Saturday with certain information still redacted, or blacked out.

In recent weeks, court papers have revealed that Manafort shared polling data related to the Trump campaign with Kilimnik. A Mueller prosecutor also said earlier this month that an August 2016 meeting between Manafort and Kilimnik goes to the “heart” of the Russia probe. The meeting involved a discussion of a Ukrainian peace plan, but prosecutors haven’t said exactly what has captured their attention and whether it factors into the Kremlin’s attempts to help Trump in the 2016 election.

Like other Americans close to the president charged in the Mueller probe, Manafort hasn’t been accused of involvement in Russian election interference. 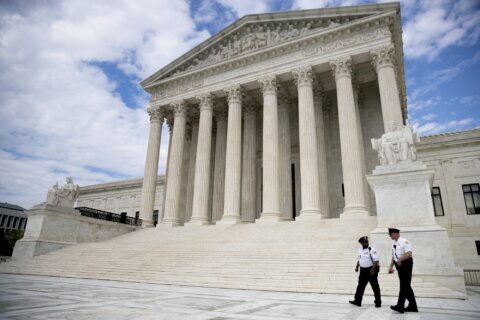 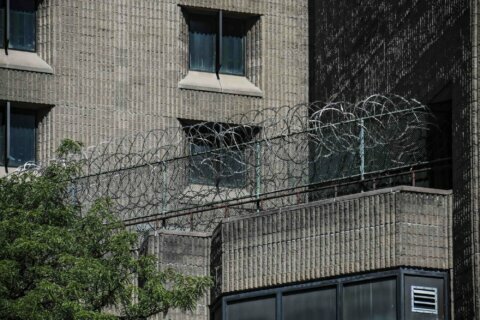