The House oversight hearing with President Donald Trump's former attorney, coming in advance of special counsel Robert Mueller's report, heralds what Democrats in Congress view as the long days ahead providing checks and balances on the Oval Office. For some, the outcome may — or may not — lead to grounds for impeachment.

The House oversight hearing with President Donald Trump’s former attorney, coming in advance of special counsel Robert Mueller’s report, heralds what Democrats in Congress view as the long days ahead providing checks and balances on the Oval Office.

For some, the outcome may — or may not — lead to grounds for impeachment. For others, impeachment cannot come fast enough.

What is certain, though, is the mounting tension. As the hearings and investigations unfold, Democrats, particularly those running for the White House, may be speeding toward a moment when they have no choice but to consider the I-word.

Newly elected Democratic Rep. Rashida Tlaib, among the most outspoken lawmakers on impeachment, says that as the 2020 presidential candidates visit her Detroit-area district, “most residents are going to ask where they stand on this issue.”

Voters are less concerned with Mueller’s Russia investigation, Tlaib said, than with the day-to-day White House operations and “whether or not there’s a crooked CEO in the Oval Office.”

“They’re putting a lot of meat on the bone,” Shurtleff said in an interview. “It could be a one-two punch,” he said of the Cohen hearing and Mueller report. “I think it’ll connect a lot of dots.”

Trump allies have tried to use the prospect of impeachment as a political weapon. The president’s former chief counselor, Steve Bannon, had warned before the 2018 elections that Democrats would impeach the president if they won control of Congress.

Republicans are taking up that mantle. At the start of the Cohen hearing, the top Republican on the panel, Rep. Jim Jordan of Ohio, said the only reason for the session was so Democrats could pursue impeachment. Another committee Republican, Rep. Chip Roy of Texas, called the hearing a “circus” not worth Americans’ time. And newly elected Republican Rep. Carol Miller of West Virginia said the sole purpose was “discrediting the president.”

“If it was not already obvious,” Miller said, “there are members here with a singular goal in Congress to impeach President Trump.”

House Speaker Nancy Pelosi has kept calls for impeachment at bay by insisting that Mueller first must be allowed to finish his work, which reports suggest could happen in the coming weeks, and present his findings publicly — though it’s unclear whether the White House will allow its full release.

“Impeachment is a divisive issue in our country and let us see what the facts are,” Pelosi said Thursday. “When the facts are known, we’ll make a judgment then.”

“The American people expect us to hold the administration accountable,” said Rep. David Cicilline, D-R.I, a member of House leadership. “And if during the course of that we come upon sufficient evidence that warrants his removal, I think they expect us to do that.”

But Democrats are not there yet, at all.

So far, the Democratic Party’s potential 2020 class has tried to avoid the impeachment question altogether, fearful that calling for impeachment before the Mueller report is out could undermine the process and trigger a voter backlash.

Among them, only former Texas Rep. Beto O’Rourke has directly called for Trump’s impeachment. Others approached the Cohen hearing in more cautious and creative ways.

Sen. Kamala Harris of California, used the hearings as a fundraising opportunity. “Are you watching Michael Cohen testify before Congress today?” campaign manager Juan Rodriguez wrote. “There’s a lot to unpack, but it’s abundantly clear: if we are finally going to get to the truth, Congress must act to protect Robert Mueller from being fired before his findings in the Russia investigation are made public.” He asked for donations of between $10 and $250.

Sen. Elizabeth Warren of Massachusetts sent an email during the hearing promising, if she becomes president, not to pardon anyone implicated in the Trump investigations. She set down a challenge for others running to do same.

Sen. Amy Klobuchar of Minnesota tweeted that Cohen’s testimony “is a big deal.” Sen. Cory Booker of New Jersey said in a brief chat that he wasn’t watching the hearing but was “looking to digest it.”

And Howard Schultz, the former Starbucks CEO considering an independent bid, said the testimony is “another stark reminder of President Trump’s utter disregard for honesty and decency.”

The liberal base is restive, though. A new group, By the People, launched a pledge drive urging members of both parties in Congress to show leadership by extending the legislative branch’s oversight to the next step of impeachment.

“We already know Donald Trump has committed impeachable offenses,” said Alexandra Flores-Quilty, a spokesperson for the group. “We can’t wait any longer and want our representatives to move forward now.”

So far only Tlaib and fellow newly elected Rep. Ilhan Omar of Minnesota have signed on.

Another new Democrat, Rep. Joe Cunningham of South Carolina, said impeachment was not central to his campaign for office. “Our constituents back home sent me up here to do a job and focus on certain issues and that’s not something I’m focused on right now,” he said.

Surveys show impeachment has merit for some voters. In a January Washington Post-ABC News poll, about as many Americans said Congress should begin impeachment proceedings (40 percent) as said they approved of the job Trump is doing as president (37 percent).

Billionaire liberal activist Tom Steyer, who has poured millions of dollars into a campaign calling for Trump’s impeachment, said Cohen’s testimony marked a turning point in the debate because it’s clear Trump broke the law. His group is launching a TV ad over the next week to highlight that point.

“It ended the argument. It didn’t end the fight,” Steyer said in an interview.

Steyer says Democrats can only wait on the Mueller report for so long before they have to make their own decisions. His group is hosting town halls in the hometown districts of key House chairmen — including Rep. Elijah Cummings of Maryland, who presided over the Wednesday’s hearing.

But as the Oversight Committee chairman exited the hourslong sessions, Cummings told reporters the only people using the I-word were the Republicans.

“Not one person on our side mentioned the word impeachment,” the chairman said. 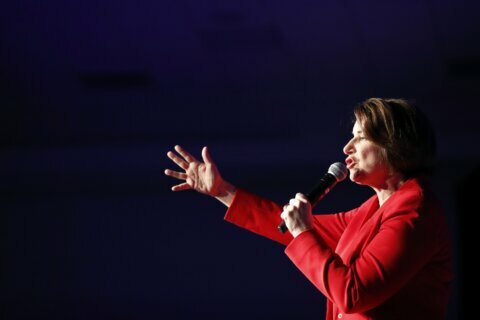 The Latest: Over 26,000 cast early votes in Nevada so far 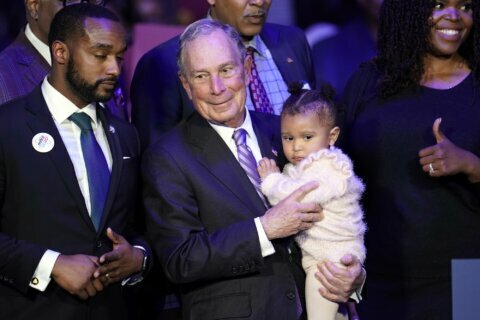