Ramey closed with a 5-under 67, completing a two-putt par on the par-4 18th after Martin missed a 6-foot birdie try that would have forced a playoff.

“It was honestly like I always thought it would be,” Ramey said. “It was very stressful, very nerve-wracking coming down the stretch, but I just grinded it out, kind of stuck to my process, stayed within myself and pulled it out.”

Two strokes behind Martin entering the round, Ramey made four straight birdies on Nos. 13-16 to take the lead and parred the par-3 17th at Corales Golf Course.

“I’ve been rolling the putter good all day, they just hadn’t been going in,” Ramey said. “I was kind of all around the hole on the front side. I didn’t change a thing, I didn’t do anything different. They just started going in.”

With the tournament played opposite the Match Play event in Austin, Texas, Ramey earned an exemption into the PGA Championship but not the Masters. The 29-year-old from Mississippi finished at 17-under 271.

“I think it will take maybe a day or two to sink in,” Ramey said. “Everything’s pretty surreal, happening pretty fast, but I’m definitely excited.”

Martin, the leader after each of the first three rounds, closed with a 70. The 2014 Shriners Hospitals for Children Open winner for his lone PGA Tour title, Martin was making only his second PGA Tour start of the year.

“That was obviously difficult,” Martin said. “I’ve won out here before, won on the Korn Ferry, runner-up in the U.S. Am, but I guess maybe I wanted this one a lot more. I don’t think I’ve ever been this emotional about golf, so this is a first. I guess, to me, that’s a good thing. Means I competed hard and it obviously stung. Hit two such good shots into 18 to have such a good opportunity and then not capitalize I guess is the most difficult part.”

Smalley finished with a 67. The tour rookie from Duke had his best PGA Tour finish.

“Successful week,” Smalley said. “Kind of stings a little bit to come up a shot short. Left my 20-footer on the last 6 inches short right in the middle. Whatever’s meant to be is meant to be, so I take a lot of positives from this week.”

Jhonattan Vegas of Venezuela shot a 68 to tie for fourth with Cameron Percy (67) at 15 under.

Denmark’s Rasmus Hojgaard (67) was 14 under. Twin brother Nicolai, the highest-ranked player in the field at No. 77, missed the cut. 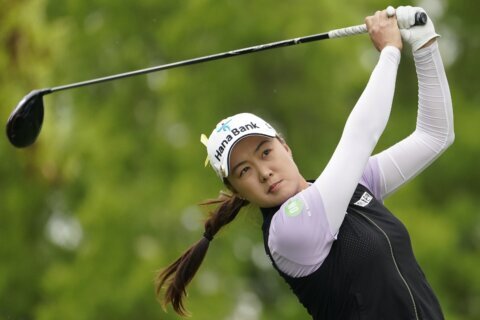 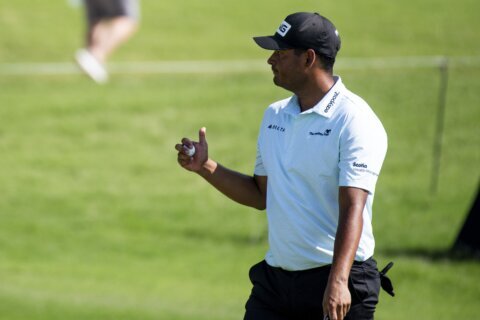 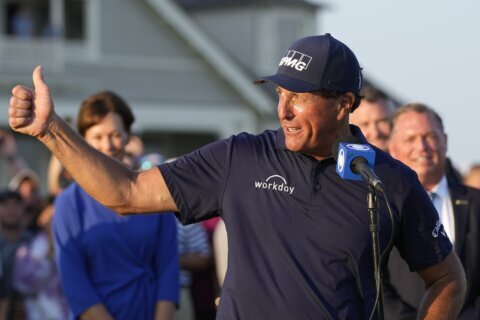 Mickelson decides not to defend title at PGA Championship