Column: New year starts with a familiar question about Woods

KAPALUA, Hawaii (AP) — The largest winners-only field ever assembled at Kapalua can make it seem as though getting to…
Listen now to WTOP News WTOP.com | Alexa | Google Home | WTOP App | 103.5 FM

KAPALUA, Hawaii (AP) — The largest winners-only field ever assembled at Kapalua can make it seem as though getting to paradise isn’t as difficult as it used to be.

Try telling that to Dustin Johnson, who will not be starting a new year on Maui for only the second time since he joined the PGA Tour in 2008. The locals have grown accustomed to Johnson sauntering into the Honolua Store at dawn to order his egg whites and brown rice.

Winning is hard, even for the best.

Equally difficult is predicting how a new year will unfold.

Strange as it would have seemed a year ago that Johnson would not be part of the 39-man field at the Sentry Tournament of Champions, consider who is here. Phil Mickelson, who 14 times over the last two decades turned down his invitation to the winners-only event, at age 51 found 8 million reasons to play.

By winning the Player Impact Program and its $8 million bonus, Lefty was required to add a new tournament to his schedule. So he decided to play golf on Maui.

Where will it lead? Here are five topics to ponder for the new year, which starts with a question that seems to repeat itself each year: What next for Tiger Woods?

The road to recovery from multiple injuries to his right leg in a Feb. 23 car crash remains long. All it took was three days playing with his son in the PNC Championship, where they finished second, to get the golf world buzzing about his next comeback.

The only certainty is that Woods won’t be playing a full schedule. The swing hasn’t left him. But he was allowed to ride in a cart at the PNC Championship, and the format was a scramble. That’s a long way from anything remotely resembling serious competition.

Bank on him being at The Players Championship, at least for his induction into the World Golf Hall of Fame. It’s also a safe bet he’ll be at Augusta National for the Masters Club dinner for champions. As for playing? That depends on his ability to navigate the toughest walk on tour.

The only big hill to climb at St. Andrews is the Swilcan bridge, and given his love for links, an appearance at the 150th British Open is a popular pick.

In the meantime, he only needs to post an occasional video to keep everyone guessing.

Talk of a rival league backed by Saudi Arabia’s sovereign wealth fund is starting to sound like a game of chicken. Who will be the first to sign up?

It has been more than two months since Greg Norman hand-picked media outlets to cover the creation of his LIV Golf Investments and the $200 million investment in the Asian Tour, which he said was “only the beginning” and promised “additive new opportunities.”

Since then, the Shark has filled his C-Suite but has yet to name any players willing to join a new league. The PGA Tour is taking it seriously enough to push prize money closer to $500 million and draw up plans to compensate its biggest stars.

One pivotal date could be the first week in February, when more than two dozen PGA Tour players have signed up to take big appearance money to play in the Saudi International.

Mickelson proved age is just a number when it comes to winning a major. His victory in the PGA Championship at 50 made him the oldest major champion in history and created hope that a U.S. Open — the missing piece of the career Grand Slam — is still in play.

He isn’t alone in his pursuit, leading to another question: Is the next member of golf’s most elite club likely to be Rory McIlroy or Jordan Spieth?

McIlroy has gone to Augusta National the last seven years with a shot at getting the career Grand Slam with only a serious chance at it in 2018, when he played in the final group with Patrick Reed and shot 74.

Spieth captured the third leg in 2017 and now needs only the PGA Championship. His game appears to be back in order after winning the Texas Open. Unlike the Masters, the PGA Championship moves around and some venues are more suitable than others. Southern Hills in Tulsa, Oklahoma, would seem to provide one of the better opportunities for Spieth.

Collin Morikawa lost one opportunity to reach No. 1 in the world when he gave up a five-shot lead in the final round of the Hero World Challenge in the Bahamas. He gets another shot at Kapalua, though Jon Rahm will have a say in defending his top spot.

But this is about more than the No. 1 ranking, which comes and goes.

Morikawa has played two full seasons on the PGA Tour and already has two majors, and his profile gets stronger by the month. To win another major this year would put him in elite territory. Dating to 1960, only six players have won majors in three successive years — Arnold Palmer, Jack Nicklaus, Tom Watson, Tiger Woods, Phil Mickelson and Brooks Koepka.

Who wins the Presidents Cup at Quail Hollow is not nearly as interesting as who makes — or who doesn’t make — the U.S. team.

More than just giving Europe its worst beating in the Ryder Cup, the Americans had a core of a team that was young and cocky and cohesive. How many of them will make it to Quail Hollow in September?

Remember, the U.S. team that won the Ryder Cup at Hazeltine by a 17-11 margin had only seven players who made it to the Presidents Cup the following year.

Among those left off this year were Sam Burns, who now is No. 10 in the world. Matthew Wolff was finding his joy and his form by the end of the year. Big-hitting Jason Kokrak won twice last year. Something — or someone — will have to give. 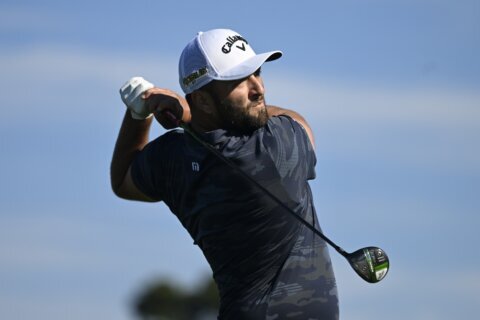 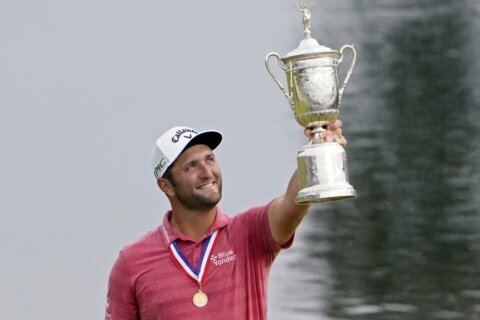 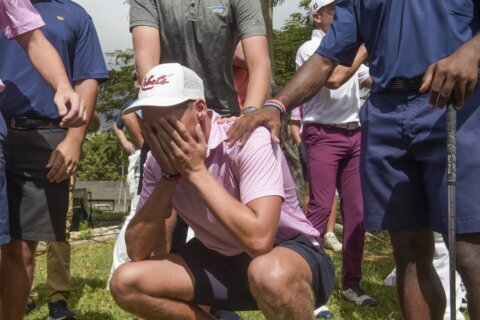