NASSAU, Bahamas (AP) — The only certainty about Tiger Woods is that he won’t be playing very much golf, and…
Listen now to WTOP News WTOP.com | Alexa | Google Home | WTOP App | 103.5 FM

NASSAU, Bahamas (AP) — The only certainty about Tiger Woods is that he won’t be playing very much golf, and that’s if he decides it’s worth trying to scale a mountain taller than all the previous ones.

“Making progress,” he wrote to accompany a video of his swing he posted on Twitter two weeks ago.

“I’m so far from that,” he said Tuesday when talking about taking on Jon Rahm and Collin Morikawa and Rory McIlroy in the biggest events on the toughest golf courses.

Woods walked into the room at Albany Golf Club without a noticeable limp as he climbed onto the stage and took his seat behind a microphone. He left the stage a little more gingerly, and conceded his leg and back were aching just sitting there.

Those days were fading with age, and they probably are gone due to a badly damaged right leg stemming from a car crash in the Los Angeles suburbs some 10 months ago. Woods mentioned the possibility of amputation in the early stages of being hospitalized.

This is a slow road back before he can even think about the climb.

So much chatter is on the Masters in April, without consideration that Augusta National might be the toughest course to walk of any tournament he plays. Woods said he would love to return to the British Open at St. Andrews, where the steepest climb is crossing the Swilcan Bridge.

Woods has ruled out being a full-time player, and the argument can be made he already was headed in that direction. He played only 13 events on the PGA Tour in 2019, the last time he was healthy and the world wasn’t in the throes of a pandemic.

The best-case scenario is a schedule geared around the majors, similar to Ben Hogan’s in the 1950s after his near-fatal car accident. Hogan was 37 when he won the 1950 U.S. Open. Woods turns 46 at the end of next month.

Would it be enough to satisfy his legion of fans for him to play only a few tournaments a year?

The short answer is yes. Because even a little Tiger is better than no Tiger at all.

“The PGA Tour is in such a good spot with these young guys. Tiger is only going to help draw more fans to the game when he’s playing,” English said. “We haven’t had him for the last year and it’s been doing great. He got us to where we’re at. Any time he can play just adds interest and adds intrigue and puts golf in the national media.”

Abraham Ancer might become a footnote in history as the last player to face Woods in match play. It was Sunday singles at Royal Melbourne in the 2019 Presidents Cup, and Woods hit the ball as crisply as he did all year and won on the 16th hole.

In a loss, it was a special memory for Ancer.

“I was happy I got to experience him at a high level in a high-pressure match. It was cool for me and I learned a lot,” Ancer said.

Equally memorable was the first time Ancer played in the same tournament as Woods, at Torrey Pines in 2018, and he wound up in the group behind him starting the final round on the back nine. Ancer recalled seeing “mayhem.”

“Any time Tiger shows up at an event, it’s completely different, no matter how he’s playing,” Ancer said. “He transforms events.”

Think of what now is the John Deere Classic, a sleepy Midwestern tournament until Woods played in his third event as a pro in 1996 and had a chance to win. The Quad Cities golf community has been buzzing ever since, even though Woods never returned.

Woods made one appearance at the Valspar Championship, and the gallery was standing 12 rows deep around some of the tees. He finished one shot behind. The Innisbrook crowd remains robust. Some who went for the first time must have liked what they saw.

“Anyone who’s moved the needle or changed the game so much, to still be a part of the game, will bring people to it,” Xander Schauffele said. “Whether it’s once, twice or three times a year, there’s just a level of excitement. I was lucky to play with him a few times. I can see what he does to people, and to venues.”

It’s the concept of a rising tide lifting all ships, and there’s no tide like Tiger Woods.

The first step is getting him back in the water, and that’s no small task.

He has been down a similar path before, most notably the progress he made from four back surgeries in a span of three years. He contended at tournaments (Valspar), then at majors (British Open at Carnoustie, PGA Championship at Bellerive) and then he won the Masters.

“I don’t see that type of trend going forward for me,” Woods said, another sobering comment from his news conference. “I won’t have the opportunity to practice given the condition of my leg and build up. I just don’t. I’ll just have a different way of doing it and that’s OK and I’m at peace with that. I’ve made the climb enough times.”

At this point, no one should be looking for another Mount Everest. They just want to see Tiger, even if for just a little while. 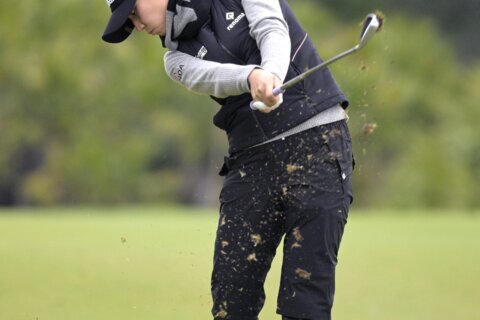 Lydia Ko builds on her rise back, opens with 63 at Boca Rio 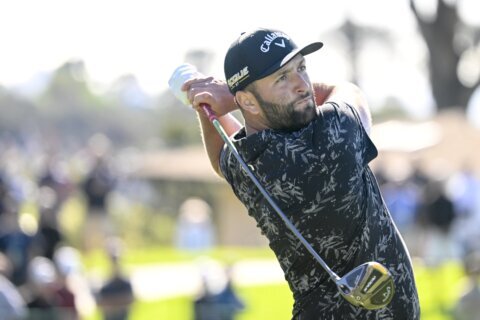