AUGUSTA, Ga. (AP) — Xander Schauffele is in what has become familiar territory. He’s close to the top of the leaderboard in a major championship.

He’s hoping Sunday isn’t more of the same when it comes to finishes.

Schauffele shot a 4-under 68 on Saturday to get to 7 under through three rounds of the Masters, leaving him four shots back of Hideki Matsuyama going into the final round. He’s had five top-five finishes in majors, including a tie for second — one shot behind winner Tiger Woods — at Augusta National in 2019.

And now comes another chance for a major breakthrough.

“I think I’m playing really good golf,” Schauffele said. “I was excited for today after yesterday, some of the iron shots I was able to hit. I’m excited for tomorrow as well.”

He’s had chances before.

Schauffele briefly was atop the leaderboard on the back nine at Augusta National in 2019, but failed to make birdie on the par-5 15th and wound up losing to Woods by one. He didn’t even seem disappointed then, almost thrilled to be part of witnessing history. And in 2018, he was tied for the lead going into the final round of the British Open — losing there by two shots to Francesco Molinari.

“It’s all part of the process,” Schauffele said. “I’m a huge fan of putting myself in position with nine holes to go and learning from each and every mistake, and also the things I did well in those moments. Looking forward to tomorrow.”

Schauffele is in a cluster of four players at 7 under, joined by Marc Leishman, Justin Rose and Will Zalatoris. Schauffele caught perhaps a bit of a break at the par-4 18th when his approach skipped right of the green and toward the spectators, his ball stopping only after hitting the leg of someone’s chair.

He salvaged par to remain in the tie for second.

“It was a good spot,” Schauffele said.

He and Matsuyama were on the 11th hole when play was halted for a little more than an hour as a line of thunderstorms made its way into the area. The delay didn’t slow him down; he made birdie on the par-5 13th, then rolled in a 60-footer for eagle on the par-5 15th.

That putt temporarily pulled him even with Matsuyama; his playing partner rolled in a 5-footer for eagle at the 15th moments later, then made birdie on his next two holes as well.

“I was happy to make my 60-foot eagle putt on 15,” Schauffele said. “I knew Hideki was going to make his. I was just trying to stay in touch.”

Schauffele is 8 under on the par 5s this week, 1 over on everything else. But he has also avoided the big mistake, and had his best scoring round of the week on a day where he missed seven greens and six fairways — his worst showing of the week in both areas.

In other words, he’s had to fight to stay close.

“My dinner will taste a little better,” he said as night fell on Augusta National after the third round. “I had a few putts coming down the stretch, one on 16 and up-and-down on 17 and another one on 18. So it wasn’t quite as nice as Hideki’s cleanup there on the last few holes, but I’ll take it.”

The 27-year-old Schauffele also has four top-six finishes in the U.S. Open, more proof that he can stay close in the toughest events.

And he has perspective as well.

“Golf consists of a bunch of losers, unfortunately,” Schauffele said earlier in Masters week. “There’s only one guy that wins every week, and that’s how sports works. I think for my mental sanity it would be helpful for me to be a more consistent player.”

His major consistency is there. 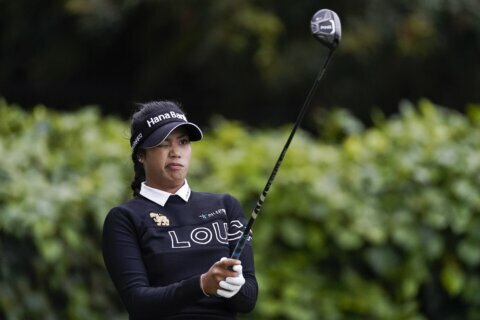 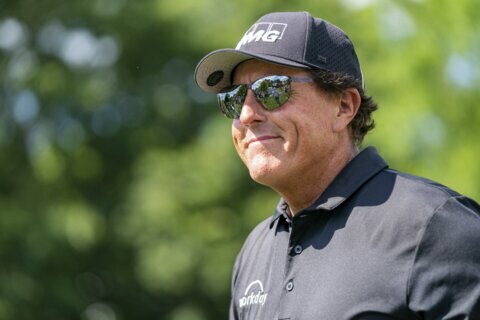