Column: Back in time on LPGA for Sorenstam and Yani Tseng

Annika Sorenstam had won consecutive starts on the LPGA Tour in 2008 when she announced she would retire at the…
Listen now to WTOP News WTOP.com | Alexa | Google Home | WTOP App | 103.5 FM

Annika Sorenstam had won consecutive starts on the LPGA Tour in 2008 when she announced she would retire at the end of the season. The surprise decision was still fresh three weeks later when 19-year-old Yani Tseng won her first major.

Their paths cross again this week in a manner few could have imagined.

Both are playing the Gainbridge LPGA.

Sorenstam turned 50 in October and has not competed on the LPGA Tour since the final event of 2008. Retirement never comes easily in golf, and Sorenstam was among the few who managed to walk away at the peak of her game. That’s not to suggest this is the start of a comeback, and she hasn’t said if anything else is in the works.

The Swede played the PNC Championship with her father in December and said she was being motivated to play more because her son, Will, was getting into golf. She also played the LPGA Tour season opener last month, although Sorenstam was part of the celebrity division.

She talked in December about wanting to dabble in senior events, specifically mentioning the U.S. Senior Women’s Open. Trouble is, that’s around the time of the Olympics, and Sorenstam recently was appointed to a largely ceremonial role of president of the International Golf Federation.

This week at Lake Nona, her home course in Orlando, Florida, she’ll be in the field alongside Jin Young Ko, the No. 1 player in women’s golf.

Ko was 13 when Sorenstam retired.

“I’m not sure I know Annika, just I heard Annika is legend,” Ko said. “But I want to play with her this week.”

That’s true for most everyone in the field.

Sei Young Kim, the No. 2 player in the world, was as happy to hear Sorenstam would be playing as she was to get away from her freezing home near Dallas.

“If I have chance, I want to play with her because she’s my idol when I was young,” Kim said. “I’m very happy to be very close to see her play.”

And then there’s Tseng, who should be in the prime of her career.

She had no reason to believe the great golf she played at the start of her career would not always be that way. Nothing ever lasts in this sport — Jordan Spieth is the latest who could speak to the highs and lows — but few have plummeted as far or as quickly as Tseng.

Tseng was 22 when she won her fifth major, making her the youngest player, male or female, to have that many majors at that age. She had 12 wins around the world in 2011. When she won the Kia Classic in March 2012 for her 15th LPGA Tour title, she was four points short of the LPGA Hall of Fame.

That was her last win.

Tseng reached No. 1 in the world and stayed there for 109 weeks, a streak second only to Lorena Ochoa. And then she stopped winning. She stopped contending. She fell into the trap of thinking she had to live up to her No. 1 ranking without recognizing that her game is what brought her there.

“I was looking at (what) I imagined world No. 1 should be, someone much better than I am,” Tseng said during the midst of her toughest times.

The last LPGA event for the 32-year-old was the Lotte Championship in Hawaii in April of 2019. She took a medical exemption and went home to Taiwan. Golfweek reported that Tseng enrolled in a 10-day meditation retreat that meant no talking, no computers, no eye contact. She cried for the first five days.

“I finally let it go,” Tseng told Golfweek. “I’ve been so hard on myself.”

She has been slowly dipping her toes back into the water, and the COVID-19 pandemic contributed to that. Tseng played five times over the second half of 2020 on the Taiwan LPGA, missing one cut and failing to finish in the top 25. She played another Taiwan event at the start of his year, the Hitachi Ladies Classic, where the highest-ranked player was No. 125.

Tseng used to live at Lake Nona — she bought Sorenstam’s old house — until moving to California for easier flights home to Taiwan. This will be the first big step back, and it’s a long road.

“I think this is a comeback from the depths,” said Judy Rankin, a Hall of Famer and longtime television analyst. “She didn’t have many bad experiences. And then you get mired in hard times. You get to where even if you get a couple under par, you see a black cloud.

“She did a very smart thing to get away,” Rankin added. “If she’s going to find it again, she’s taken a good path to take a good break.” 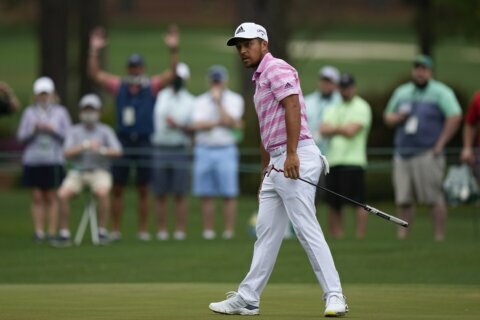 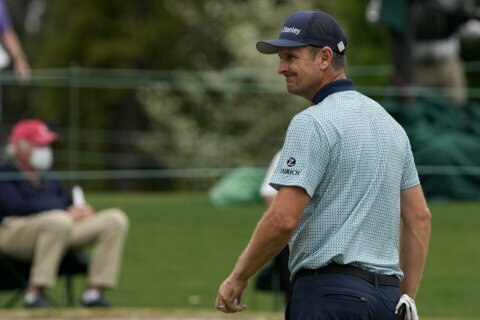