Champ speaks out on racial injustice with shoes and words

OLYMPIA FIELDS, Ill. (AP) — Golf played on even as other sports in America stopped, and it gave Cameron Champ a chance to speak out at the BMW Championship.

First, with his shoes.

Then, with powerful words about a desire to find a solution to racial injustice.

Champ is one of four players of Black heritage on the PGA Tour, and one of only two — the other is Tiger Woods — who reached the second of three events in the FedEx Cup postseason. He arrived at Olympia Fields wearing a white shoe on the right foot and a black shoe on the left.

On the right shoe were the words “Jacob Blake” and “BLM” for the Blake Lives Matter movement, in the wake of Blake being shot seven times in the back by police in Kenosha, Wisconsin, about 90 miles to the north of Olympia Fields.

“When people say all lives matter, yes, all lives matter, but so do Black lives,” Champ said. “It’s a situation where, again, as a country, as a whole we’ve kind of dug ourselves a hole. Now with media and people videotaping and seeing things, it’s starting to come alive. People are starting to talk about it, which is the good thing. Without dialogue, without talking about it, nothing is going to happen.

“It’s a decent start, but obviously there’s still a lot of stuff going on that quite frankly should not be happening at all,” he said. “It just has to end.”

Champ was among the few players who were under par midway through the opening round of the BMW Championship until his round got away from him. He had two double bogeys on the front nine for a 42 that put him in danger of missing out on the Tour Championship next week.

He had a gallery Thursday at an event with no specators, including PGA Tour Commissioner Jay Monahan for the last few holes of his opening nine holes. Monahan walked with Tim Rittenhouse, head of sponsorships and sports marketing for BMW North America, lagging behind.

Monahan was tracing developments Wednesday night when the NBA did not play three playoff games, and other sports soon followed. Postponing the BMW Championship, even for a day, did not appear to be part of the conversation. He spoke of programs that reach the less privileged and are supported by tournaments like the BMW Championship.

Asked about not playing, Champ said he thought about it but that “I feel like I can do a lot more playing, and again, showing my support and expressing myself.”

Woods said he was in touch with Monahan on whether to play and “all the guys were on board.”

“Obviously, there was talk about it because of what happened,” Woods said. “But we’re all on board, on the same page.”

The PGA Tour released a statement before the round began that it supported the “player-led, peaceful, powerful ways” the other leagues — NBA, MLB, soccer, WNBA and women’s tennis — sought to bring about change.

“The PGA Tour supports them — and any of our own members — standing up for issues they believe in,” the statement said.

The tour said in June, after the killing of George Floyd in Minneapolis, that it was committed to racial equity and inclusion in the cities where it plays and would increase support for national movements.

“However, we understand that now is not the appropriate time to highlight our programs and policies, but rather to express our outrage at the injustice that remains prevalent in our country,” it said.

Monahan is expected to outline more details next week at East Lake in Atlanta.

The protests hit home to Tony Finau, who is of Tongan and Samoan descent, and has talked about facing discrimination because of the color of his skin. His cousin is Sacramento Kings forward Jabari Parker.

Finau said it never crossed his mind not to play Thursday, but he appreciated “the magnitude of what the NBA was doing and what they were boycotting for, and I know the PGA TOUR is in full support of that.”

“It’s a conversation that’s uncomfortable, sensitive for our country,” Finau said. “But if we’re not willing to have those, I don’t think we can move forward as a country. I’m open to having a conversation with anybody on the issue, and again, I think we’re in full support of what the NBA has done.”

Finau said it was important for the tour to play because of charity it provides to communities, including programs that reach inner-city youth and the underprivileged.

“So to take that away I think is a big deal for us,” he said, “and that’s why I think we continue to play.” 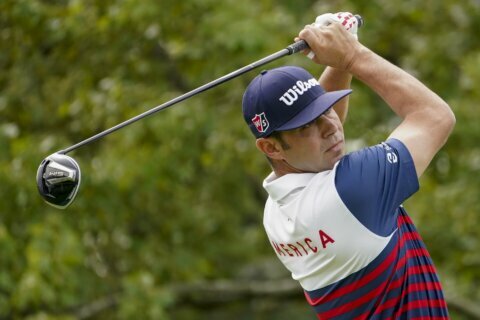 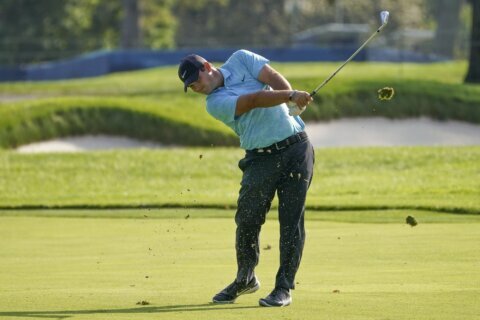 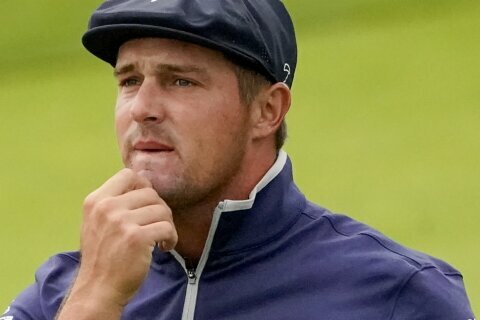