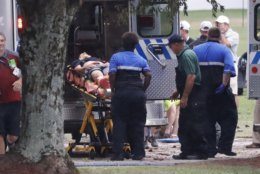 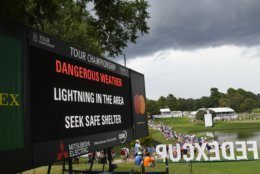 ATLANTA (AP) — Six people were injured Saturday when lightning struck a 60-foot pine at the Tour Championship where they were taking cover from rain and showered them with debris, Atlanta police said.

The third round of the season-ending PGA Tour event had been suspended for about 30 minutes because of storms in the area, and fans were instructed to seek shelter. The strike hit the top of the tree just off the 16th tee and shattered the bark all the way to the bottom.

Brad Uhl of Atlanta was crammed under a hospitality tent to the right of the 16th hole that was open to the public.

“There was just a big explosion and then an aftershock so strong you could feel the wind from it,” Uhl said after the last of the ambulances pulled out of the golf course. “It was just a flash out of the corner of the eye. It was raining and everyone was huddled near the tree.”

Uhl said the people on the ground were moving around before the ambulances arrived.

Atlanta Police spokesman James H. White III said five men and one female juvenile had sought shelter beneath the tree that was struck by lightning. He said they were taken to hospitals for further treatment, all of them alert, conscious and breathing.

Ambulances streamed into the private club about 6 miles east of downtown Atlanta, where 30 players are competing for the FedEx Cup and its $15 million prize. The players already had been taken into the clubhouse before lightning hit, and before long East Lake was hit with a ground-shaking clap of thunder.

Mark Russell, the PGA Tour’s vice president of rules and competitions, said there were dual lightning strikes to the maintenance area and the tree on the 16th hole.

Justin Thomas, who had a one-shot lead through five holes when play was halted, said players were eating in the clubhouse when “it felt like the entire clubhouse shook” from the thunder clap.

“The first I heard anything was from one of my friends who came out to watch,” Thomas said. “He said, ‘Dude, I think someone got struck by lightning right next to us.’ And then word started spreading.”

Thomas said he had left tickets for another friend who was on the opposite side of where the tree was hit.

The PGA Tour canceled the rest of golf Saturday, with the round to resume at 8 a.m. Sunday, followed by the final round.

“When we suspend play, we encourage everybody to leave and take shelter anywhere they can,” Russell said. “We opened up hospitality areas that are grounded, a lot of other places like that. You’ve got a lot of people, and you have to do that quickly, and sometimes people don’t take shelter.”

The starting times for the third round were moved back by more than two hours to end at 7 p.m. on NBC Sports. Russell said they were aware of a forecast for storms, but he described them as “pop-up thunderstorms.”

“We have a meteorologist on site. We can monitor that,” he said. “And a lot of times, we get lucky and we don’t get hit with thunderstorms, especially when it’s a situation when they’re pop-ups like that.”

Last week at the BMW Championship in the Chicago suburbs, Phil Mickelson was delayed getting to the golf course when lightning struck the top of his hotel, causing a precautionary evacuation.

PGA Tour-sanctioned events have not had a death from lightning since the summer of 1991. One man was killed and five were injured from lightning at the U.S. Open at Hazeltine outside Minneapolis. Two months later, a man was struck and killed by lightning walking to his car during a storm delay at the PGA Championship at Crooked Stick in Indiana.

Retief Goosen was struck by lightning as a teenager in South Africa. He survived and went on to win two U.S. Opens, and he was inducted into the World Golf Hall of Fame in June. 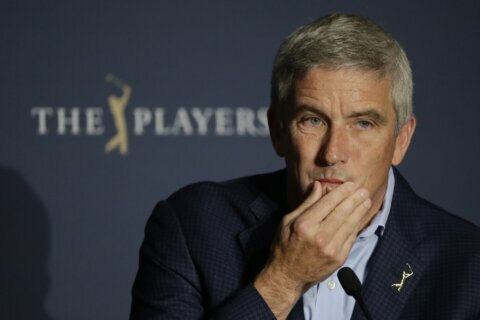 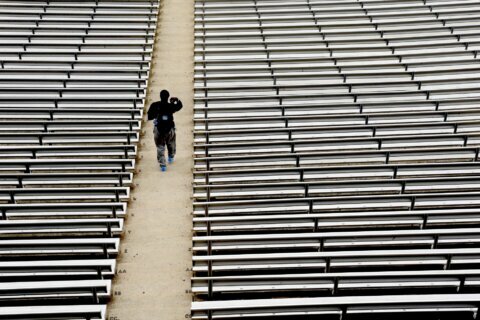 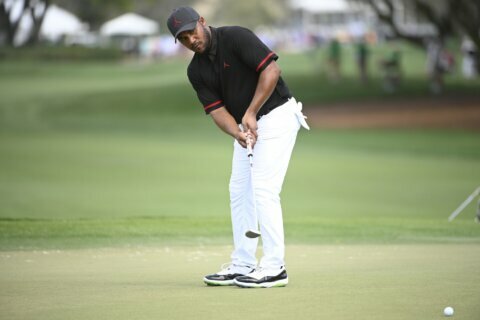