McIlroy ends season with a $15 million bang at East Lake

ATLANTA (AP) — Rory McIlroy marched to the 18th green Sunday at East Lake with victory in hand and $15 million in the bank.

Even better was what he saw — and heard — behind him.

The scene was all too familiar. The gallery ducked under the ropes and rushed to encircle the green to watch the finish of a class performance in the Tour Championship. Before long, the chants began to ring out: “Rory! Rory! Rory!”

This time, McIlroy had the stage to himself.

A mere bystander last year amid the chaotic celebration of Tiger Woods’ return to victory, McIlroy soaked up the perfect ending to a solid year when he surged past Brooks Koepka, held off Xander Schauffele and captured the FedEx Cup and the richest payoff in golf.

Turning to Harry Diamond, his caddie and best friend, McIlroy told him, “This walk is a little more pleasant than last year.”

He closed with a 4-under 66 to finish four shots ahead of Schauffele, joining Woods as the only players to win the FedEx Cup twice.

“Any time you can do something that only Tiger has done, you’re doing something right,” McIlroy said.

Regardless of the new format that gave some players a head start to par depending on their FedEx Cup ranking — McIlroy began five shots behind before the tournament started — he wanted to post the lowest score of anyone in the 30-man field.

And when he was paired with Koepka in the final group Sunday, it was a chance for atonement. A month ago, McIlroy laid an egg in the final group at a World Golf Championship, just like he did with Woods the year before at East Lake.

The final round turned on the seventh hole with a three-shot swing — McIlroy made a 25-foot birdie, while Koepka lost his tee shot in the trees and made double bogey. There were consecutive two-shot swings on the back nine, and then it was a matter of holding off Schauffele.

McIlroy was four shots ahead until back-to-back bogeys, and he was on the verge of watching his lead shrink to one when he holed an 8-foot par putt on the 16th. Schauffele had to settle for pars, and McIlroy finished with a flourish.

He was the only player to break par all four days.

Schauffele closed with a 70 to finish alone in second, which paid out $5 million.

“There was plenty of excitement today,” Schauffele said. “The heart rate was up for most of the round. I thought the course was set up really fair, and if you were in the fairway, it was gettable. And if you weren’t, it was exactly what you thought it was. It was just a lot of fun.”

Justin Thomas, the No. 1 seed in the FedEx Cup who started with a two-shot lead, lost his way Sunday morning in the conclusion of the third round when he took triple bogey on the 16th hole with a 9-iron from the fairway. He fell four behind and never caught up. Thomas finished with two birdies for a 68 and tied for third with Koepka, who ended another big year with a pedestrian closing round of 72.

They each earned $3.5 million.

As usual with Koepka, there were no complaints, no excuses.

“He just played better,” said Koepka, who hit only five fairways in the last round. “He was impressive to watch. He put it in the fairway a lot, hit a lot of greens. And even his short game, the up-and-down he made on 11, that was pretty tasty right there. And then the way he finished it off was very impressive. Hats off to him.”

What looked to be a shootout turned into a runaway for McIlroy.

The marathon final day — 31 holes for McIlroy and contenders — began with big promise for a wild chase for the $15 million prize. Four players took turns atop the leaderboard in the first 35 minutes of golf Sunday morning, which included Schauffele’s first hole-in-one of his career with a 5-iron on the 240-yard ninth hole.

The third round had been suspended Saturday after lightning struck a tree and injured six spectators huddled nearby. Police said they were treated and released from medical attention later that night.

Koepka birdied the 18th for a one-shot lead over McIlroy and Schauffele. It was tight for the first hour of the final round, and then it turned quickly.

Koepka was still up by one shot when he yanked his tee shot into the trees left of No. 7 and never found it. He made double bogey, and it became a three-shot swing when McIlroy made a 25-foot birdie putt.

Koepka ended the PGA Tour season with three victories, another major at the PGA Championship, a World Golf Championship and the undisputed No. 1 world ranking. He is the favorite to win PGA Tour player of the year again, though McIlroy at least gave players something to contemplate when they vote over the next few weeks.

The FedEx Cup counts as an official win, giving him three for the year. And he had 14 finishes in the top 10 out of 19 starts, the highest percentage of his career. Whether it’s enough — McIlroy doesn’t think so — was of little consequence.

McIlroy ticked off every goal he set at East Lake in a performance that $15 million can’t measure.

“I’m going to enjoy this one tonight,” he said. 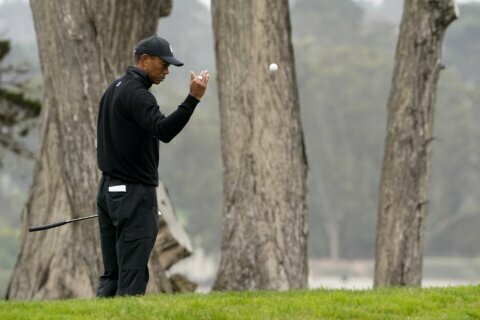 Tiger Woods might have a new putter for the PGA Championship 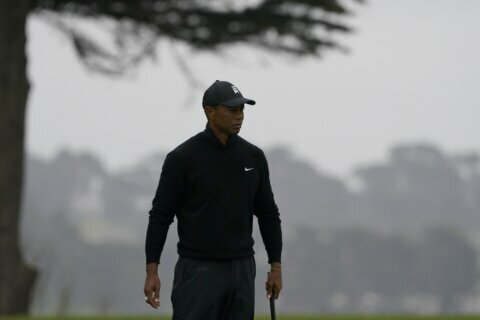 Harding Park a public course with a history of elite winners 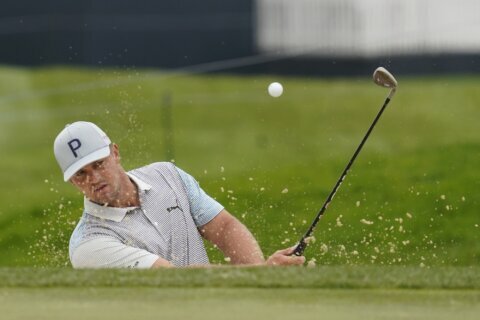