Analysis: Woodland gets his game-winning shot at US Open

PEBBLE BEACH, Calif. (AP) — The stage was among the best in the land. Thousands were watching him. Victory was…
Listen now to WTOP News WTOP.com | Alexa | Google Home | WTOP App | 103.5 FM

PEBBLE BEACH, Calif. (AP) — The stage was among the best in the land. Thousands were watching him. Victory was in his grasp. Gary Woodland didn’t just dream of such a moment, he genuinely expected it would happen.

Woodland always imagined being at Allen Fieldhouse, not Pebble Beach.

He had a basketball in his hands, not a putter.

His winning shot at Pebble Beach was more like a breakaway dunk in the final seconds with the outcome already secure.

Woodland took care of that with two shots that will stay with him forever. One was a 3-wood from 263 yards that his caddie, Brennan Little, gave him confidence to hit when so much could have gone wrong if he had hit it any other direction except where he was aiming.

That set up birdie for a two-shot lead, and that shot gave him belief to execute another that looked equally dangerous. From far right side of the hourglass green on the par-3 17th to a pin 90 feet away on the left — with a hump in the middle — Woodland clipped a 64-degree wedge so perfectly that it nearly went in and left a tap-in for par.

That was the game-winning shot.

That was Kansas winning the NCAA title, and beating a dynasty in the process.

Woodland’s clutch play — he tied a U.S. Open record by making only four bogeys all week — was enough to turn back Brooks Koepka and his bid to rally from four shots behind and win a third straight U.S. Open to tie the record Willie Anderson set in 1905.

That it was Koepka who provided the last challenge was only fitting.

Koepka has emerged as the greatest threat in majors, and even a runner-up finish did not change that. He won the PGA Championship (for the second straight year) and was runner-up in the Masters and the U.S. Open. Since returning from an ankle injury in 2016, he has eight top 10s in 11 majors, four of them victories.

Woodland rarely showed any emotion during a week that afforded plenty of opportunities. He was fired up about a par save on No. 8 in the second round. He slammed his fist when he chipped in for par on the 13th hole in the third round. And he let it all hang out — and only then — after his 30-foot birdie putt to close out the U.S. Open. More than a 69, it gave him a 13-under 271, the lowest score in six U.S. Opens at Pebble Beach.

That was by design. He learned from the reactive sports he played — basketball and baseball — that emotion can help. Golf? Not so much.

“Out here, when I get a little excited, I need to find a way to calm myself down,” he said.

The basketball references will stay with Woodland, and that’s OK with him. They were real. He was all-state as a senior, but when he didn’t get any Division I offers, he signed with Washburn. His first game was in Allen Fieldhouse.

He transferred to Kansas, the first time he focused solely on golf.

Woodland is 35, but it’s fair to call him a late bloomer. He could always hit the ball a long way — that came from his baseball days — but the polish came later. His first year on the PGA Tour was interrupted by a shoulder injury.

“I don’t think my game is where it needs to be, but it’s getting there,” he said. “I’m becoming a more complete player. I have more shots. I can rely more on my putting, rely on my short game, things I couldn’t do even last year.”

He doesn’t use that as an excuse.

Woodland felt he should have won more than the three PGA Tour titles he had until winning the U.S. Open, including an opposite-field event because he wasn’t eligible for a World Golf Championship.

He didn’t have the pedigree of some players groomed for golf since they were barely out of diapers. But he knew how to compete.

“I competed all my life at every sport and every level,” Woodland said. “It was just learning how to play golf. It was learning to complete my game, to get that short game, to get that putting, to drive the golf ball straighter. And that was the big deal. From a golf standpoint, I was probably a little behind, and that gets frustrating at some point because my whole life I’ve been able to compete and win at everything. And I haven’t been able to do that as much as I’d like to in golf.

“It’s taken awhile, but I think we’re trending in the right direction.” 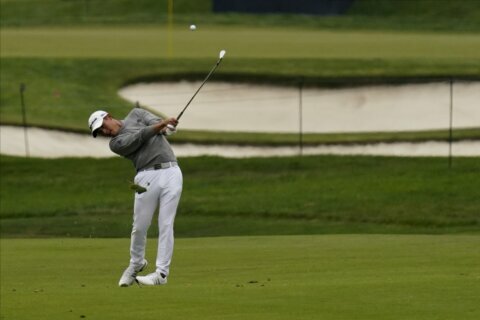 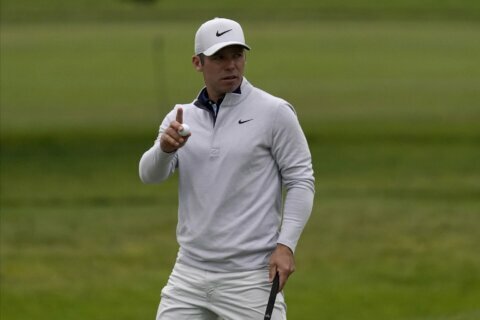 “What a shot:” Casey can only watch as PGA hopes vanish 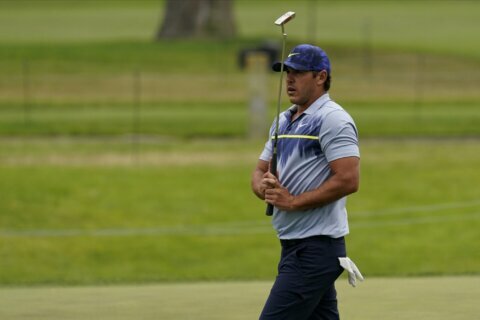 Column: Trash talk and then some trashy play for Koepka