The ubiquitous orchid: A pandemic project with surprises

With so many of us stuck at home these days, orchids offer an easy, inexpensive way to brighten up a room.
Listen now to WTOP News WTOP.com | Alexa | Google Home | WTOP App | 103.5 FM
(1/3) 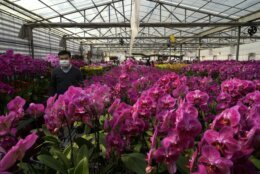 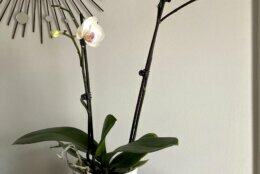 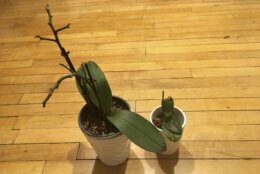 Not so long ago, orchids were regarded as rare and exotic. But these days, thanks to new propagation techniques, certain varieties are mass-produced. Moth orchids, gorgeous but common, with sweet patterned faces, are widely sold by supermarkets and other retailers.

In fact, orchids are now “the most popular blooming florist crop in the world,” says Marc Hachadourian, senior orchid curator at the New York Botanical Garden. “Not only are they beautiful, now bred in a rainbow of colors and patterns, they are ideal for the home and the blooms are long lasting.”

Indeed, orchid flowers can last for weeks. With so many of us stuck at home these days, they offer an easy, inexpensive way to brighten up a room.

Once the flowers die, it might be tempting to toss the plant. But you can get that $10 orchid to bloom again. In fact, coaxing an orchid to rebloom is a great pandemic project. There’s just one catch: The pandemic might be over by the time you succeed.

“Most of the orchids available for purchase bloom once a year,” said Blanche Wagner, orchid curator at the Missouri Botanical Garden, which has a world-renowned orchid collection that dates to the late 19th century. “It takes an amazing amount of energy to produce their blooms, and they need a full year to build up enough energy to flower again.”

She suggests putting a date-of-purchase tag on your orchids to keep your timetable for reblooming realistic.

And don’t neglect them just because they’re not in bloom. After the flowers die “is the most important time to care for your plants, making sure they get the best available light, water, and fertilizer to make sure they grow their best before flowering again,” said Hachadourian, author of “Orchid Modern: Living and Designing with the World’s Most Elegant Houseplants.”

Orchids grow wild in rainforests, so they prefer warm, humid environments. Morning sun is best, says Kenya Friend-Daniel, speaking on behalf of the plants and flowers team at Trader Joe’s, which sells orchids. But avoid direct sunlight, which “can sunburn the plants’ leaves and burn the bloom.”

Never let the roots sit in water, because they will rot.

“Most failures with orchids are because of overwatering,” said Hachadourian. “If the plants are potted in moss, allow it to dry slightly between watering. Depending on your conditions, a small amount of water once or twice a week is sufficient to keep the plant moist without being overly wet.”

Some orchid lovers swear by giving their plants nothing more than an ice cube or two weekly, but Hachadourian says that doesn’t provide enough water for long-term growth. He says tepid water is better for them in any case.

You can also fertilize, but sparingly. Too much can kill the roots.

Once the first flowers are gone, Friend-Daniel’s team advises cutting the stem off to the base, removing the growing medium (moss or bark), and transplanting the plant to a slightly larger pot filled with fresh bark or sphagnum moss.

“New growth should start coming from the middle of the plant within three to four months,” Friend-Daniel said. It will take seven months total to produce a flower spike, and 12 months for a fully bloomed spike.

The ideal temperature while awaiting new growth is 85 degrees; once there’s new foliage, 70 to 75 degrees. Too complicated? “No one said it was easy,” Friend-Daniel said. “It’s work.”

If you do get new flowers, you may be in for a surprise. Some growers inject dye into orchid stems to get them blooming bright blue, yellow, orange or green. Those dyed orchids rebloom white.

Whatever color your new blooms are, Hachadourian says the “take-home message” is a good one: “People are reblooming their orchids more than once.”

Typically, this is the time of year that botanical gardens host orchid shows, but many have been cancelled because of the pandemic. The New York Botanical Garden is doing a limited “Spotlight on Orchids” show through April 4 instead of its usual extravaganza.

In the meantime, head to Trader Joe’s or other retailers and pick up an orchid to enjoy at home. If it reblooms next spring, it will be a good reminder, hopefully, of how different things were this year. 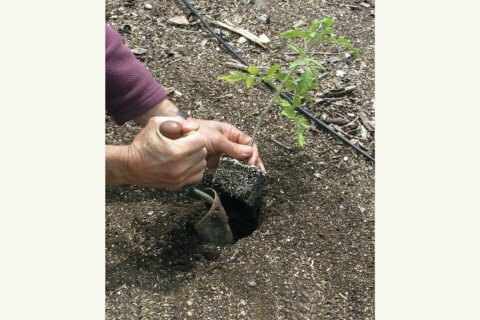 Turning point: When is it safe to plant your garden? 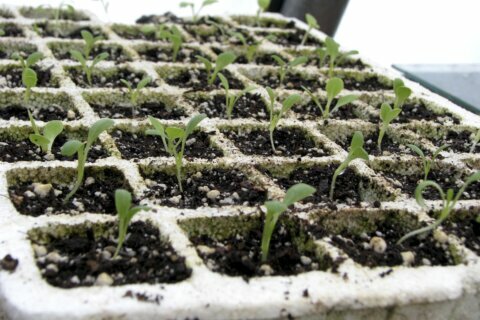 Time to try growing some vegetable or flower transplants 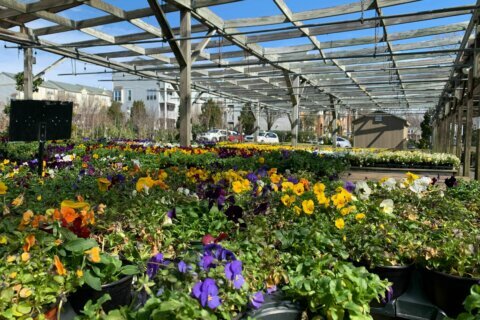 Virginia gardening expert on waking up your garden this spring