Removing ice from roads and walkways in winter might be essential for safety, but salt can be damaging to plants…
Listen now to WTOP News WTOP.com | Alexa | Google Home | WTOP App | 103.5 FM

Removing ice from roads and walkways in winter might be essential for safety, but salt can be damaging to plants and soil.

Salt has the same effect on plant roots as salty potato chips do on your lips: It draws water from living cells. Salt can ruin soil structure so it wads up into an airless mass. Not a nice place for plants to grow.

And damage from winter salt is sneaky, not manifesting itself until spring or later. Then, new leaves might emerge pale green or yellow or, later in the season, leaves may look scorched or turn their autumn colors early. Stems might die back or be stunted.

Older plants can sometimes recover from salt injury, especially if spring and summer rains are abundant.

Using less salt can help; highway studies have found that, in de-icing roads, salt was effective in smaller amounts if sprayed as a brine rather than spread as crystals. Maybe it’s time to get out that garden sprayer again.

And you can leach out much of the salt by flushing the soil beneath a prized tree or shrub in spring with water — using 1 gallon per square foot or a 2-inch depth over the course of a few hours.

Still, calcium chloride does put chloride ion, which plants don’t like, into the soil, and it is more expensive and more corrosive to vehicles than sodium chloride.

Chemical (synthetic) fertilizers are all salts, so someone hit upon the idea of using them for de-icing. But besides being more expensive than either sodium chloride or calcium chloride, fertilizers such as potassium chloride or ammonium nitrate are most effective only at temperatures above about 20 degrees Fahrenheit.

Furthermore, ammonium nitrate is corrosive to concrete, and both compounds have a high “salt index,” so are apt to burn plants anyway in the amounts used for de-icing. Potassium chloride, of course, also can put excess chloride ion in the soil.

A popular, relatively new salt used for de-icing is calcium magnesium acetate, better known as CMA. Produced when limestone and vinegar are brought together, CMA eventually decomposes and is not damaging to plants or soils. It also sticks to the pavement better than salt and does not cause corrosion.

CMA does have shortcomings. It’s most effective above 15 degree Fahrenheit (about the same as rock salt). It’s slow to begin working. And it’s a lot more expensive than salt. CMA is better at preventing icing rather than getting rid of ice, so is best applied before ice forms.

Yet another de-icing method is to spread something other than salt on the ice; gritty materials such as sawdust, unused kitty litter, wood ash or sand are effective. Still, nothing’s perfect. These materials track indoors unless you take or shake off your shoes at your front door.

The best approach to ice is holistic. Use a combination of materials that takes into consideration both the traffic and the plants. If you sprinkle a preventive dusting on the ground before ice forms, you’ll need less salt for shoe and tire traction.

And if you’re planning some plantings along the road, driveway or walkway, choose from plants that tolerate salt. Besides plants native to seashores, other salt-tolerant trees and shrubs include silver maple, horsechestnut, honey and black locusts, poplar, junipers, mockorange, lilac, larch and Colorado blue spruce. 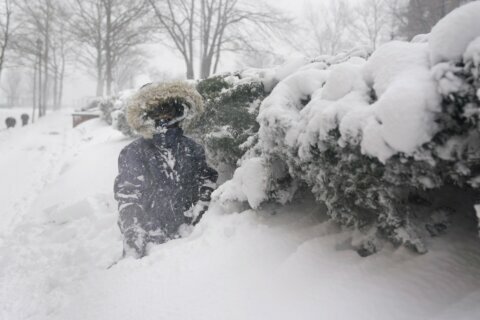 Gardening: How to protect or heal trees damaged by snow 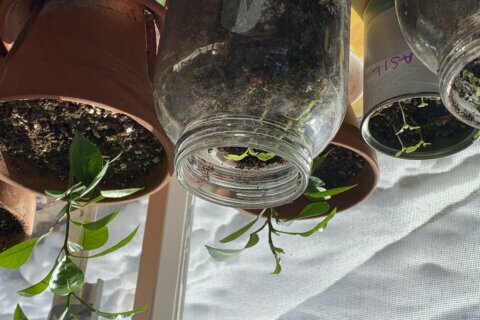 In an anxious winter, the garden still offers consolation 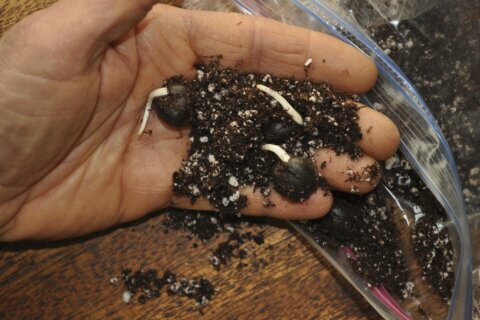