Outdoor plants in cold climates need to bank a certain number of hours being chilly during the winter for their buds to awaken in the coming months. And that’s not the same thing as being cold.

To a plant, “chilly” generally means a temperature between about 32 and 45 degrees Fahrenheit.

Lack of enough chilling time is why it might be a waste to try to force forsythia blossoms indoors now. The bushes have been exposed to frigid temperatures, but not enough chilling temperatures. Spring-flowering bulbs also need some chilling before they will flower, which is why we keep them in a cool spot for a few weeks before bringing them indoors for forcing. (Paperwhites are an exception.)

And lack of chilling is why you can’t grow most apple varieties in Florida. Without chilling, the trees either don’t leaf out or they just cough forth a few, low-quality fruits.

Once any plant has accumulated enough hours in its chilling “bank,” it will grow as soon as temperatures warm.

HOW MUCH CHILL DO THEY WANT?

The need for less chilling is not always an asset: With fruit trees, earlier blossoms are not welcome because they are more likely to get frosted, and frosted blossoms don’t go on to become fruits.

Chilling can influence how a plant performs in your garden. Imagine a gardener in Portland, Oregon, who is growing the same variety of kousa dogwood as another gardener in Vermont. Buds at the tip of any plant’s branches need less chilling than do buds lower down, so where climates have mild winters, as in Portland, tip buds start growing first, as soon as their chilling requirement is met. Getting an earlier start, those terminal shoots can suppress, to some degree, growth of buds lower down along the stems.

In Vermont, however, frigid weather holds back tip buds even after their chilling requirements are satisfied. Once weather warms in spring, all the buds grow pretty much together. So, a kousa dogwood in Vermont will become bushier than the same plant grown in Portland.

For the same reason, frigid winters coax particularly spectacular spring flower shows from trees and shrubs. In Vermont, flower buds on many different plants that have been chilled by midwinter sit tight waiting for warm weather. When warmth finally arrives, all those buds burst open almost at once.

Portland, on the other hand, gets weeks and weeks of bloom, the mild winter weather letting each tree’s or shrub’s flowers awaken as its chilling requirement is met.

We can’t really do much about chilling of outdoor plants. We can’t even be too exact in figuring out just when to bring branches or bulbs in for forcing, or how far south we can grow a McIntosh apple tree. That 32-to-45-degree definition of chilling varies somewhat from plant to plant, and warm temperatures in winter can take hours out of the chilling bank.

One part of plants is unaffected by chilling: the roots. They will grow whenever temperatures are above about 40 degrees Fahrenheit, which is why mulching in fall, which keeps the ground warmer longer, is good for plants. More root growth makes happier plants. 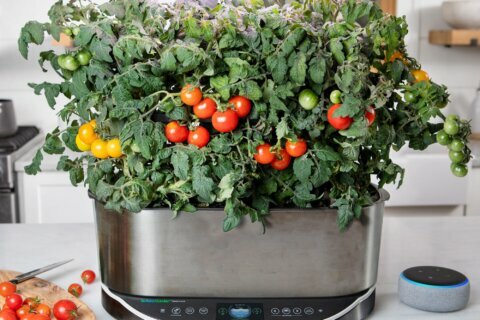 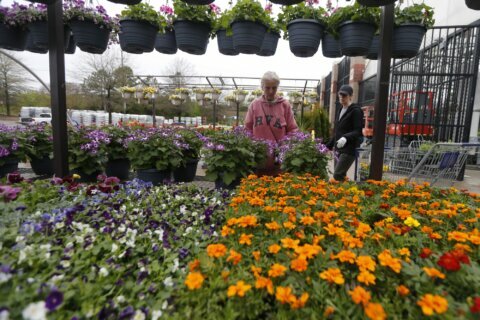 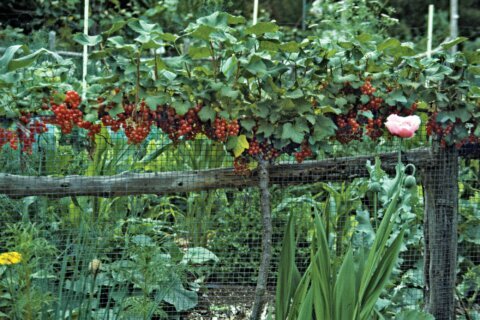 Espalier: how to train plants for the tracery of branches