Massachusetts might soon have an official state dinosaur. A bunch of other states already do

We've all heard of state flowers and state birds, but Massachusetts is stepping it up by proposing a state dinosaur.
Listen now to WTOP News WTOP.com | Alexa | Google Home | WTOP App | 103.5 FM

We’ve all heard of state flowers and state birds, but Massachusetts is stepping it up by proposing a state dinosaur.

He told CNN he has high hopes that the initiative will help kids in Massachusetts learn more about science and prehistory in their area, along with the legislative process.

“I was unprepared for the excitement that this project would generate,” said Lewis, adding that tens of thousands of people have already voted in a poll to choose the dinosaur.

“My hope continues to be that this project will help young people better understand the prehistoric world and career opportunities that might grow out of a childhood interest or a love of science.”

Massachusetts is far from the first state to adopt an official dinosaur. More than a dozen others and the District of Colombia already have prehistoric pals to represent them.

The number changes a bit depending on how the dinos are counted — nine states and DC have official state dinosaurs (Arizona, Arkansas, California, Maryland, Missouri, New Jersey, Oklahoma, Texas, and Wyoming), while six have state fossils that happen to be dinosaurs (Colorado, Montana, New Mexico, South Dakota, Utah and Oklahoma).

States have long had a tradition of naming official state fossils. In 1981, New Mexico became the first to name a bona fide dinosaur (the Coelophysis). A decade later, New Jersey went all in and coined the term “state dinosaur” by adopting the Hadrosaurus foulkii as one of their official symbols.

According to New Jersey officials, Victorian fossil hobbyist William Parker Foulke hired a crew in 1858 to dig up a clay pit in Haddonfield because he had heard a rumor that giant bones were buried there. Eventually, they found the bones of a duckbilled dinosaur. Dubbed “Haddy,” it was later nominated to become an official New Jersey state symbol by an elementary school class in 1991.

Before Massachusetts citizens can adopt a dinosaur of their own, they are being asked to decide in a poll which of their state’s “oldest constituents” to designate: Podokesaurus holyokensis or Anchisaurus polyzelus.

“Learning real facts about ancient dinosaurs requires our best scientific skill and equipment. Fortunately Massachusetts is well-versed in this regard, especially in the biological sciences,” Mark McMenamin, a professor of geology at Mount Holyoke College, told CNN in an email.

“Dinosaurs already serve as a gateway to science for many young people,” added McMenamin, who is one of the paleontologists working on the project to adopt a state dinosaur. “As we move forward with naming a state dinosaur, kids will learn the names of dinosaurs that lived here in Massachusetts. This emphasizes the fact that dinosaur bones and tracks exist right under our feet.”

The first fossil of Podokesaurus holyokensis, a fast-moving, carnivorous dinosaur, was discovered in Mount Holyoke in 1910. It has the distinction of being the first dinosaur to be named and described by a female scientist, American paleontologist Mignon Talbot.

Anchisaurus polyzelus was an herbivore. Its bones were first discovered in 1855 in Springfield, Massachusetts, but because these dinosaurs were so small (only 60 to 75 pounds) their bones were initially mistaken for human remains.

“While they aren’t the largest dinosaurs to roam the planet, they begin to tell the story of how dinosaurs came to rule the Earth,” says the state dinosaur poll, which is open to Massachusetts residents and those with close connections to the Commonwealth. So far, it has received more than 20,000 votes.

“Ultimately, if this exploration of a ‘state dinosaur’ helps even one person make contact with their local elected officials, and if that contact is helpful down the road, this would have been all worth it,” Lewis told CNN.

“And, in case anyone ever doubted it, dinosaurs are still pretty cool.” 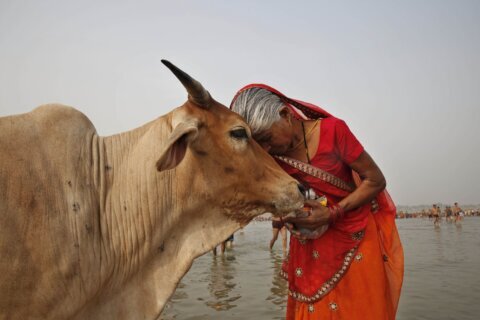 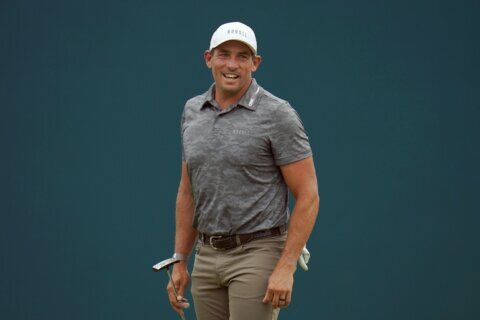 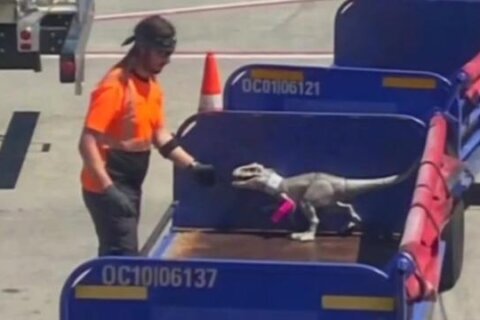