With political tensions roiling, all Laura Palladino wanted that Friday night was a boring animal livestream. She got anything but that.
Listen now to WTOP News WTOP.com | Alexa | Google Home | WTOP App | 103.5 FM

Of all the choices, all the places you could click, all the videos you could surf – why would anyone settle on a sleeping pig? With political tensions roiling, all Laura Palladino wanted that Friday night was a boring animal livestream.

“It had to be one of the least interesting things on the internet,” I told Palladino.

“Yeah, she’s not putting on a show or nothing,” Palladino said with a laugh. “But it’s also the least stressful.”

Unfortunately, her desire for drama-free programming came to a crashing halt after the pig knocked over a heat lamp, buried it in straw and set the barn ablaze. 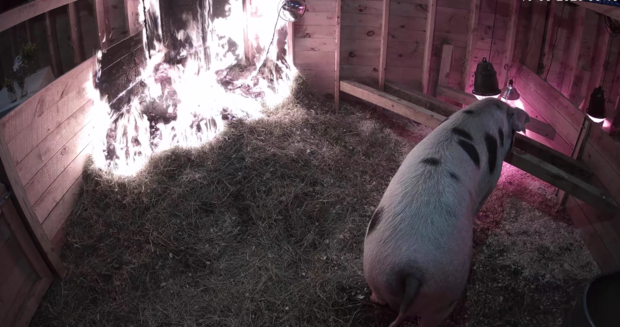 “And I started freaking out,” Palladino recalled. “I was the only one watching.”

She was the only one in the world who knew what was happening.

“Which is what made my heart sink,” she said. “There was nothing I could do and it was terrifying, yeah.”

Palladino tried calling the farm, but no one answered. She even tried 911, but what were they going to do? She lived 80 miles away. That’s why, deep down, she knew it was hopeless, but she kept trying different numbers anyway. And would you believe, she finally got a hold of the famer – just in time.

“They busted in,” Palladino said. “I started crying – like this is just a lot. And he was holding her and he’s like, ‘I’m so sorry.’ You could tell how much he loved those animals. I was like, ‘Oh!'”

This week, Palladino traveled to June Farms in West Sand Lake, New York, to meet farm manager Josh Vics. He had cared for that pig, named Ethel, since it was a piglet. 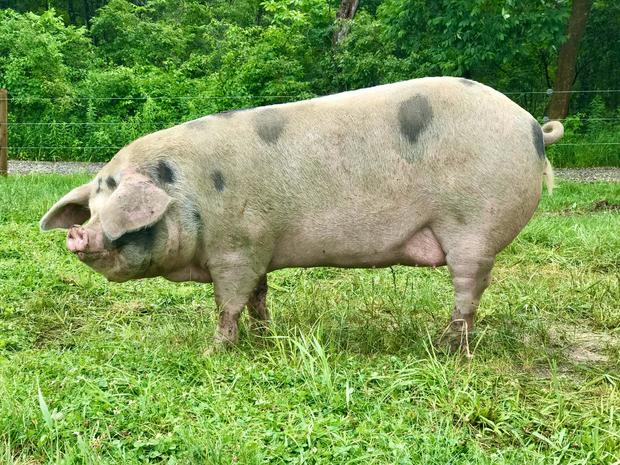 Ethel the pig is seen in an undated photo.

“Definitely inspiring to know that there are other people that feel as much affection and love toward these animals as we do,” Vics said.

The only one uninspired was Ethel, herself – who appears to have emerged from the ordeal completely unshaken. The farm can now proceed with its plans to breed Ethel, promising the first piglet will be named Laura.

“I never thought I’d have a pig named after me, but I’ll take it,” Palladino said.

And we’ll take her as a reminder that most people are heroes, just waiting for their moment.

To contact On the Road, or to send us a story idea, email us: OnTheRoad@cbsnews.com. 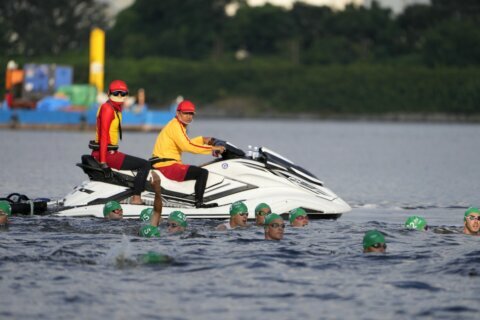 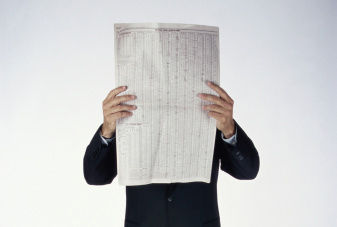 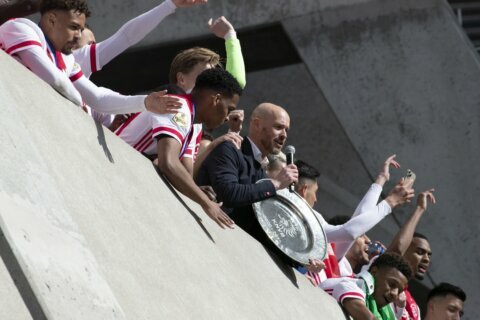