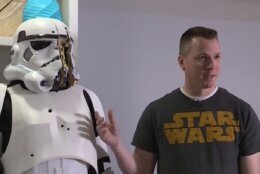 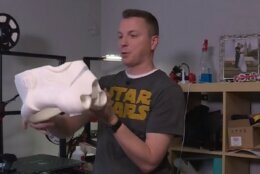 SARATOGA SPRINGS, UT (KSL) — A man in Saratoga Springs made a stormtrooper, suit from scratch that’s nearly ready for battle in a galaxy far, far away.

The latest Star Wars film has been a box office blockbuster and a must-see movie for many in Utah. It’s even inspired some unusual creativity.

“I’m just a Star Wars fan,” said Nils Rasmusson, a computer software engineer with a lot of hobbies. “I love the outfits, and the characters on the dark side guys in particular.”

Rasmusson has always been a Star Wars fan, and decided to make a Stormtrooper suit with a friend.

He’s always loved making things, but really expanded his hobby when he bought his first 3-D printer five years ago.

“This is outside of my usual stuff,” he said, pointing at the suit. “I have a 3-D printing channel and a DIY channel.”

He’s become pretty proficient with the printer and shares do-it-yourself ideas on YouTube.

“I kind of incorporated all of the things that I’ve learned in 3-D printing and DIY into this project,” said Rasmusson.

Over the course of nine months, he printed the suit and put it together.

“I had to figure out – how do you put all of these pieces together? There’s no tutorial or instructions on this,” he said.

The helmet alone is made up of 19 different pieces fabricated on the printer.

Rasmusson said he used five printers, humming for about 400 to 600 hours, to fabricate the suit out of plastic filament.

It’s even bulletproof. His friend works for a company that bulletproofs cars.

“Stormtroopers don’t do well in the movies. One shot and they’re dead,” he said. “So, could we give them a little protection?“

The helmet, one shin guard, and the back plate are bulletproof. It would have been too expensive to bulletproof the whole suit.

When tested, the bulletproof helmet did its job, but it took a real beating on the firing range. So, Rasmusson cut a slice out of the face with a water jet in order to see how it had performed on the inside.

For the most part, it did a great job with the exception of the eye guard, which was not bulletproof to start off with.

“It actually did its job, really well, of stopping all the bullets,” he said.

The bullets trapped in the suit by the bulletproofing did cause bulges in the fabric.

“I would be a little bit afraid to wear this and get shot at,” said Rasmusson. “That would be pretty scary, but it did its job. I was pretty impressed.”

He’s pretty sure this is the first time someone has made a bulletproof suit with a 3-D printer. He knows there are applications for this kind of suit In the military.

It is, however, tricky to wear.

“It is rigid. These are very hard plastic pieces, so it’s not a comfortable suit to wear,” he said.

Next time, he said, he may try a softer fabric.

“It’s an adventure just to try to put this together and have a decent looking thing come out at the end,” Rasmusson said. 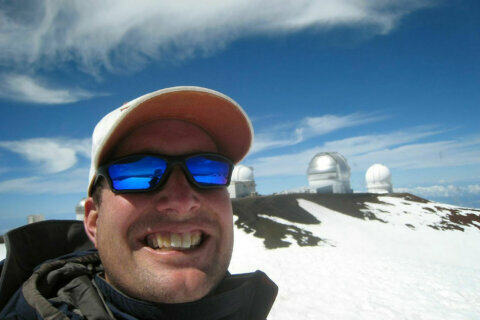 Jumping for joy: These DC area ‘Leaplings’ get to celebrate birthdays on Feb. 29 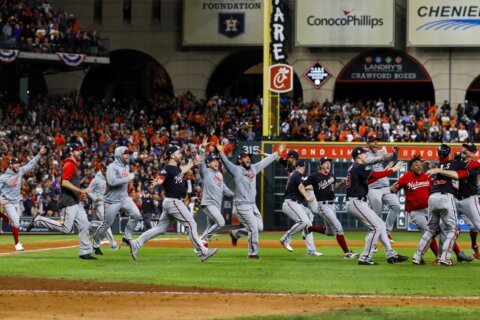 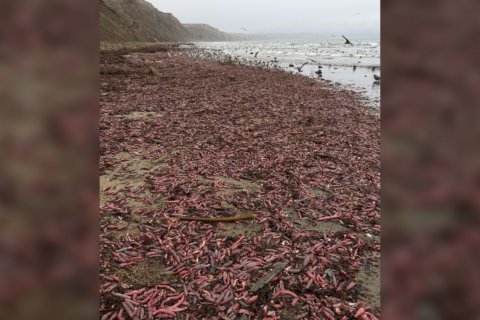 Thousands of ‘penis fish’ washed up on a California beach