Some other costs, such as for military flyovers of the National Mall, were not included in the estimate, the report said.
Listen now to WTOP News WTOP.com | Alexa | Google Home | WTOP App | 103.5 FM

President Donald Trump’s Fourth of July gala in the nation’s capital last year cost taxpayers more than $13 million, twice as much as previous celebrations, government watchdogs reported Thursday. Trump’s desire to have Department of Defense military vehicles participate helped drive up the cost, as did the president’s attendance near the Lincoln Memorial.

Trump’s military-focused Independence Day event went beyond the traditional concert on the Capitol lawn featuring the National Symphony Orchestra and fireworks near the Washington Monument. Trump altered the lineup last year by adding his own speech from near the steps of the Lincoln Memorial, shifting the fireworks closer to that landmark and summoning an array of tanks and warplanes to entertain the crowds.

A White House spokesman declined to directly address the findings on costs. Responding to Democratic lawmakers’ charges that the president’s spending on the Fourth of July is extravagant and amounts to political activity on the taxpayer’s dime, spokesman Judd Deere said Trump’s celebration “is not about politics.”

“It’s about all Americans coming together to celebrate Independence Day, our great armed forces and their heroic sacrifices, which have preserved our freedoms for generations, and our amazing heritage,” Deere said.

The Interior Department called the 2019 event “an incredible celebration,” but also refused to comment on the costs accrued then or what’s expected for this year’s event.

The White House has said Trump plans to mark the holiday this year by attending a fireworks show July 3 at Mount Rushmore in the Black Hills of South Dakota and then celebrating in the nation’s capital on Independence Day.

Trump and first lady Melania Trump will host the event from the White House’s South Lawn and the Ellipse, with music, military demonstrations and flyovers. The president also is expected to deliver remarks.

The White House has said this year’s event will have a different look because of the coronavirus pandemic.

The Government Accountability Office estimated that holiday celebrations from 2016 to 2018 cost from $6 million to $7 million annually. Its estimate for 2019 did not include costs such as the military flyovers of the National Mall.

Three Democrats on the Senate Appropriations Committee had asked for the GAO investigation of how much the federal government spent on the 2019 festivities.

Sen. Tom Udall, D-N.M., said in a statement that the findings showed careless use of unbudgeted taxpayer money to meet Trump’s “extravagant demands.”

The senators, in a letter to the GAO that was released Thursday, requested that the agency examine costs for the Trump’s Fourth of July plans this year.

The president “intends to use these Fourth of July celebrations as a way to marshal the resources of federal agencies to conduct de facto political events with official funds,” Udall and Sens. Patrick Leahy, D-Vt., and Chris Van Hollen, D-Md., wrote congressional investigators.

Extra costs for last year’s fete included a $2.5 million contract to an unidentified private entity for overall event planning, paid out of National Park Service appropriations, according to the congressional investigators.

The presence of Trump and other top government officials required numerous Secret Service agents and overtime, the investigators said.

District of Columbia officials had to consult with engineers on whether city roads, bridges and sewers would stand up to the weight of Bradley Fighting Vehicles, rolled in to serve as props on both sides of musical bands near the Lincoln Memorial. 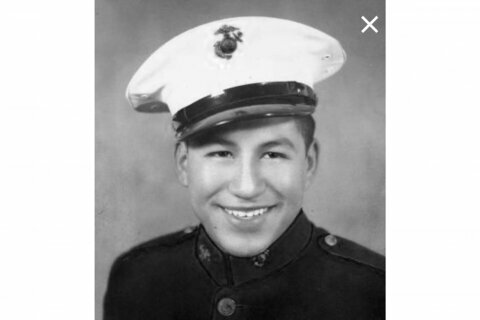 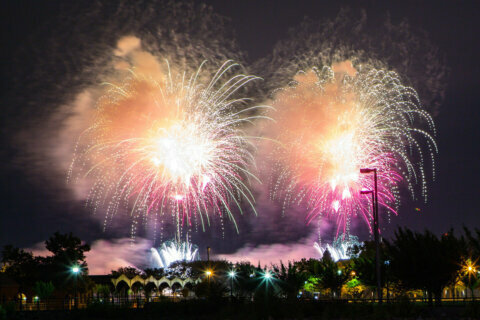