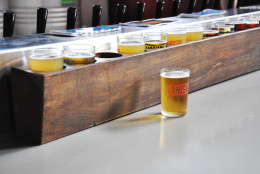 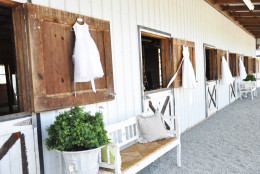 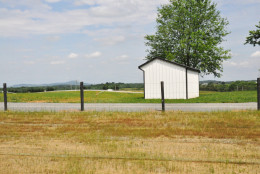 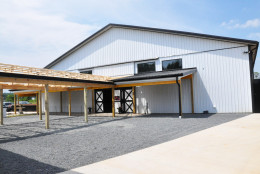 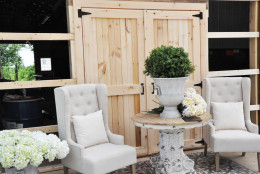 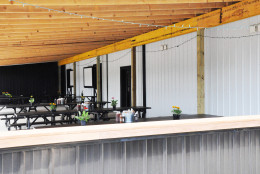 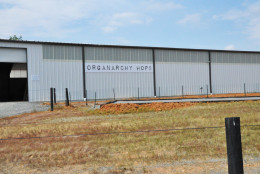 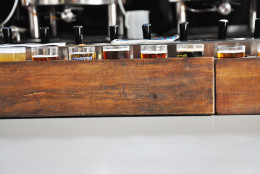 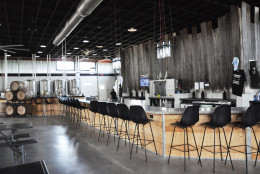 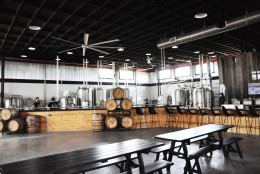 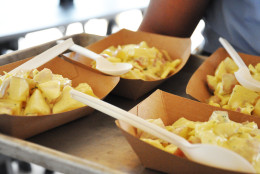 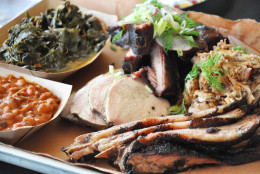 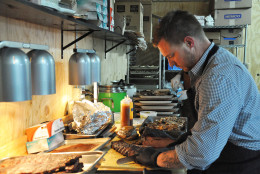 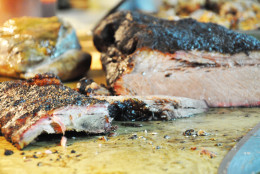 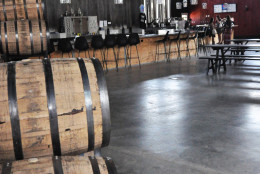 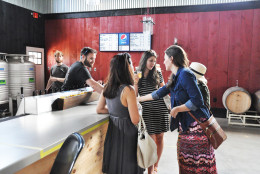 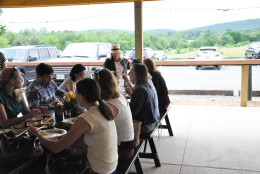 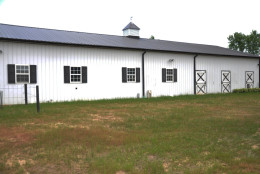 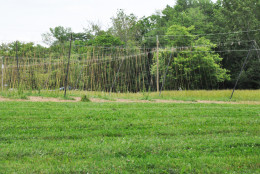 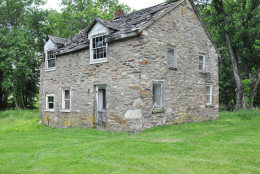 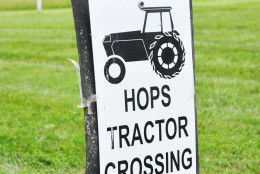 “A group of guys were looking to get it to build a subdivision,” Staples said about the farm just past the center of town in Lucketts, Virginia. But while the developers were waiting on zoning approval, Staples and his wife, Hilda, came in with an offer.

The Frederick, Maryland, couple’s bid was accepted, and they kept the farm free of bulldozers, concrete and vinyl siding — but that’s not to say they didn’t add to the land. Instead of building houses on the Route 15 property, the Staples built an operation that they hope will kick-start an obsolete industry on the East Coast.

There’s a lot of beer in Loudoun — by December, the county in Northern Virginia will be home to 24 breweries — but most of the local brewers source hops, a key ingredient in their suds, from the West Coast.

Staples, a Richmond native and a veteran in the food and beverage business — most notably, he’s one of the founders of the fake-blood-smeared heavy metal establishment Gwar Bar — wanted to see Virginia beer made with Virginia hops. So he planted five acres of the crop and built an Organarchy hops-processing facility on his new farm.

It just so happens it’s also the largest processing plant in the Mid-Atlantic.

“Hops are still a really new industry for the East Coast … Really where grapes were in Virginia 30 years ago.”

Staples and area brewers aren’t the only ones who want to see the hop-growing industry take off in the Commonwealth. In November 2014, Virginia Gov. Terry McAuliffe — who has been a champion of Virginia’s growing beer and wine industry — joined Staples to announce plans for his Lucketts Mill HopWorks. The state gave a $40,000 AFID grant for the project, which was matched by the county.

“The idea of farm breweries is really going back to the way breweries were in America and Europe before industrialization. All alcohol was an agricultural product,” said Staples, who also plans to use the Virginia hops in his Richmond-based James River Distillery.

In December, Staples opened the third component to his Lucketts farm project: a brewery and tasting room called Vanish.

The name stems from Staples’ experience getting the property in the first place.

“Because it was going to be bought by some guys who were going to make it a subdivision, it began to feel more like a mission of, ‘Can we figure out a way to preserve this land?’ We realized that if we failed, the farm would vanish,” Staples said.

In the farm’s former riding arena, Staples and his team brew 16 beers and serve them on indoor and outdoor picnic tables alongside barbecue prepared by former “Top Chef” finalist and D.C.-area restaurateur Bryan Voltaggio.

Staples says he considered food trucks, but wanted something more consistent. “[With food trucks], you can’t have the beer and the food sort of match together and work together, and guests don’t know what kind of food there would be before they come.”

So he introduced the idea to Voltaggio, Hilda Staples’ business partner.

“I pitched the idea kind of half-joking, ready to pull it back really quickly when he rolled his eyes, but he said yes,” Staples said.

Friday through Sunday, the brewery’s visitors can sip on Vanish’s pineapple kolsch and orange blossom saison while chowing on Voltaggio’s barbecue brisket, turkey and sausages.

Next on Staples’ agenda is completing the farm’s event space. He’s turning the former horse stables into a venue for weddings and parties, which he hopes will be ready to rent by the fall.

The opportunities for Staples’ hops operation extend beyond breweries in Northern Virginia, but he says Lucketts is a good place to start.

“It’s really exciting for me as a beer drinker that there are so many different options, so many different styles and again, it throws back to the way things would have been 100 years ago, where every small little town had its own brewery and its own distillery. It’s really kind of what was old is new again, in that all beer was made this way at one point.”