NEW YORK (AP) — There were no flag outfits, but Michael Kors’ show for New York Fashion Week was very…

NEW YORK (AP) — There were no flag outfits, but Michael Kors’ show for New York Fashion Week was very much a patriotic tribute as he saluted American fashion with a collection that ran from nautical chic to classic glamour-girl gowns to whimsical polka-dot designs.

Taking place Wednesday, the last official day of fashion week, the show fell on one of the most solemn days in New York — the anniversary of the 9/11 attacks. While the terrorist attack was not referenced, the show radiated not only American pride but themes of love and peace, from a sweater worn by a model that had the word “HATE” crossed out with a red line to the music of the Young People’s Chorus of New York City, who serenaded the crowd with songs including Don McLean’s “American Pie” to Woody Guthrie’s “This Land is Your Land” to the O’Jays “Love Train.”

Kors told The Associated Press that the collection was inspired by many different threads of the American experience, from the recently reimagined Broadway musical “Oklahoma” to his immigrant ancestors.

“We got for a gift DNA tests — and in fact Gigi Hadid sent them to me — and we did our DNA and I realized I had never been to Ellis Island —crazy for a native New Yorker,” he said. “We went and we found my great grandmother’s arrival records and she was 14 years old, she had $10, she literally had nothing. … I walked out feeling incredibly patriotic because I thought about the fact that she built a business, raised a family and her dream was to cross the river to Brooklyn.”

He was, of course, also inspired by American fashion.

To that end, the show was a mix of casual, sporty outfits to sparkly dresses that harkened back to the Rita Hayworth era of silver screen glamour.

Gigi Hadid wore a fitted black gown with silver studs, poufy long sleeves that had extra draping at both hips; another model wore a blue double-breasted, gold-buttoned blazer with exaggerated, billowing shoulders. There was a one-piece bathing suit dotted by tiny metallic anchors; a belted-black romper suit with gold trim, worn by Bella Hadid; and a whimsical red-and-white checkered outfit that included a blazer, shorts and a bra top paired with chunky white sandals.

Actresses Nicole Kidman, Kate Hudson and Yalitza Aparicio were among the stars who turned out for Kors’ show on the banks of Brooklyn in a converted greenhouse that kept its topiary feel with a plethora of trees that decorated the cavernous space.

Actress Lucy Hale raved about the designer: “Michael Kors is just iconic. He’s so classic. He’s so lovely. This is sort of capping off my fashion week and I thought it was a great way to end an amazing week.”

Aparicio, nominated for an Oscar earlier this year for her work in “Roma,” wore a silver wrap gown with ruffles from Kors as she chatted with Kidman before the show.

“Michael Kors was one of the first designers that provided me his designs to dress me during award season,” she said, “and so I have the opportunity to have a new experience in the fashion world.” 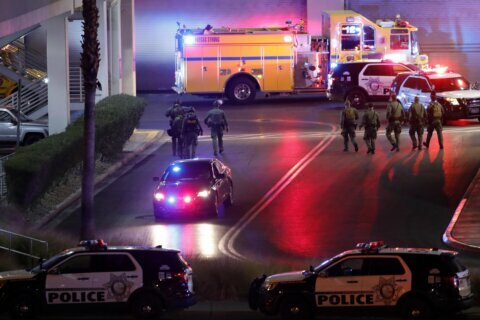 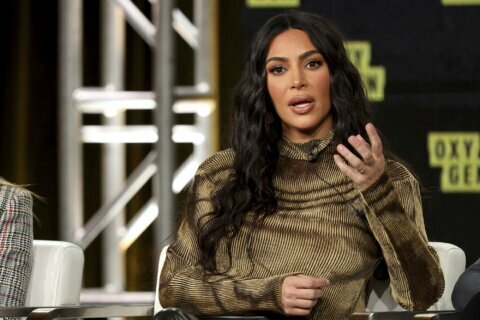 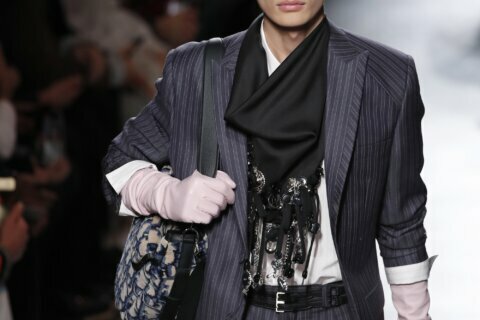