The collection for next fall and winter, dubbed “The Dawn of Romanity,” drew on smoky granite patterns, mosaic compositions and architectural details that evoked the palatial floors and ceilings of Rome. A live singer provided haunting background vocals to the show.

From the first outfit — a white suit with blousy sleeves and creased trousers with side slits — a soft color palette was revealed. A coat with marble-like details was worn over a sheer skirt and belted organza top, while a swingy Dalmatian fur was paired with sheer trousers. One black fur had lines defined by cut-outs, and another was as soft and enveloping as a loosened braid. Evening dresses had bodices with criss-crossing straps over ashy-shaded under layers.

Models wore mod 1970s Pageboy haircuts, which were at times colored to match the runway looks in blue, green and fading shades. Outfits were accessorized with big hoop earrings and oversized color-tinted eyewear. Some used large fur bags as clutches, while others carried dainty leather pouches on long chains.

Lagerfeld, an iconic couturier who was known for his 54 year collaboration with Rome-based Fendi, died in February. He was honored throughout the show for his contributions to the fashion house, which included early womenswear designs he made beginning in 1965.

The contrast between the sleek modern under-lit white runway and the ancient ruins on Palatine Hill emphasized what the house called the creative tension between past and future as it moves into its post-Lagerfeld era.

Fendi has previously staged shows against the backdrop of the Great Wall of China in 2007 and Rome’s Trevi Fountain, which it helped pay to restore, in 2016. 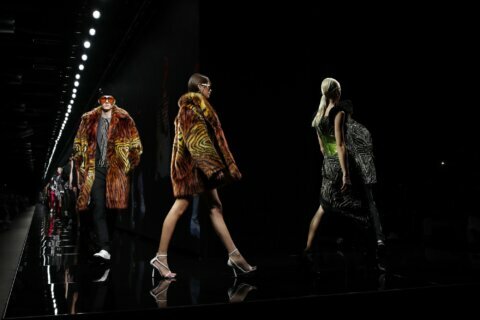 Milan fashion returning to runway in September – in part 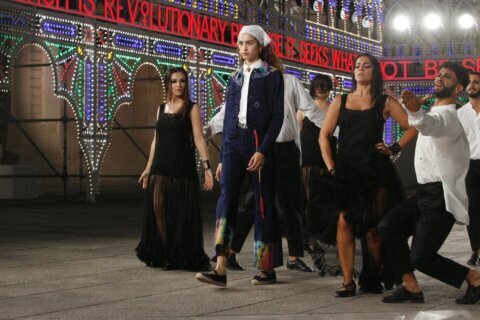 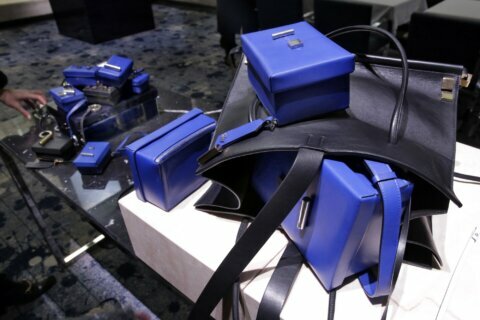