STRASBOURG, France (AP) — Senior members of the European Union’s parliament conceded Tuesday that a corruption scandal ravaging the assembly’s reputation could have happened to any political group, as Belgian prosecutors focus on lawmakers and an assistant from the main center-left bloc.

The leaders of a number of political groups in the European Parliament said that corruption inside the house — the EU’s only publicly-elected institution — is almost impossible to stop, particularly if it’s carried out by a few determined members with criminal intent.

German lawmaker Manfred Weber, leader of the conservative European People’s Party (EPP) — parliament’s largest bloc — said the cash-for-influence affair has caused “huge damage for the reputation of this house.” He insisted, however, that “this scandal is not a party political issue.”

So far, six people are suspected of links to a crime gang paid by Qatar and Morocco to influence parliamentary decisions. Both countries reject the allegations. The accused include Greek Socialist and Democrats lawmaker Eva Kaili and her boyfriend Francesco Giorgi, an assistant to another S&D member.

The S&D forms the second biggest group in the 705-seat assembly. Prosecutors want the parliamentary immunity of two group lawmakers lifted. Others have resigned from senior posts. A long-serving political advisor was also suspended over “serious misconduct related to the ongoing judicial investigation.”

Parliament President Roberta Metsola has unveiled an overhaul of the assembly’s rules, aiming to prevent former lawmakers from lobbying on behalf of businesses or governments soon after they leave office and to make publicly available the names of current members who violate the code.

Metsola also seeks tougher controls on all lobbyists and the public listing of any meetings that lawmakers may have with them. Spot checks would be introduced on lawmakers’ financial disclosures and their links to any country outside the 27-nation EU.

But it’s unclear whether the reforms can change old, bad habits. Current rules are already routinely ignored. Cases of foreign funded travel continue without members declaring the paid trips, and few lawmakers signal when they are given gifts worth more than 150 euros ($163), as they must do.

“There is a lot of readiness when there are a lot of journalists looking at what is happening, but very quickly, when the media attention has gone, also the willingness to implement reforms is gone,” Greens group leader Terry Reintke told reporters in Strasbourg, France.

Manon Aubry, leader of the far-left group known as The Left, acknowledged that any new rules meant to discourage offenders must be enforced. “Without a stick, there will be deputies who continue to sell themselves and to sell democracy,” she said.

In any case, Reintke said, curbing influence-peddling by a determined few is extremely difficult. “Things like what we have seen with Eva Kaili — even when you have more transparency — if you have this amount of criminal energy you probably cannot 100% prevent them from happening,” she said.

Kaili was removed as parliament vice president last month after she was jailed on suspicion of corruption, money laundering and membership of a criminal organization. The S&D has nominated Luxembourg lawmaker Marc Angel to replace her. A vote will be held on the matter on Wednesday.

The Greens will not support him. They’re promoting French member Gwendoline Delbos-Corfield instead.

So far, opposition groups have mostly avoided taking cheap shots at the S&D, which is in the process of launching an independent inquiry. Lawmakers, advisors and parliament insiders concede that the corruption scandal — the biggest to hit the EU — could well have struck any party.

Nonetheless, the group does have a special responsibility to take action. “The Socialists must be more committed to solve the problem and that is not yet the case,” said Weber, the EPP leader.

The challenge, she said, is in distinguishing misconduct from legitimate duties. “If we’re constantly second guessing why a person voted one way or not, because there might be some possible link to corruption, then our work becomes impossible,” Garcia said.

President Metsola hopes to have the new access and lobbying rules in place within a month. 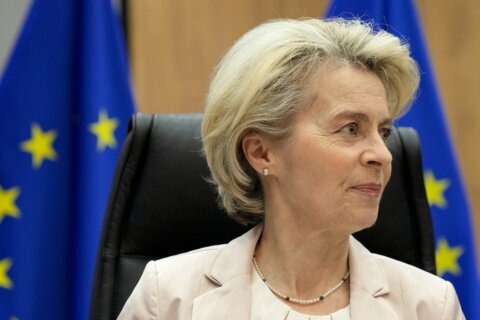 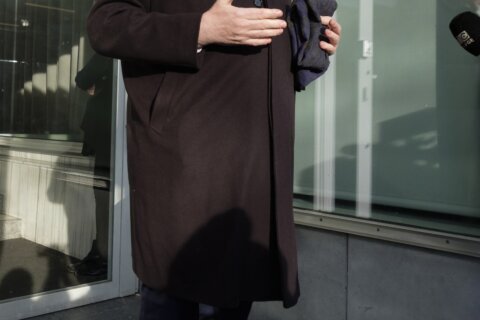