16 objects from Germany tell story of Holocaust in new ways

The exhibition, Sixteen Objects, also marks the 70th anniversary of the Yad Vashem memorial, bringing back to Germany an array of items Jews took with them when they fled the Nazis.
Listen now to WTOP News WTOP.com | Alexa | Google Home | WTOP App | 103.5 FM
(1/12) 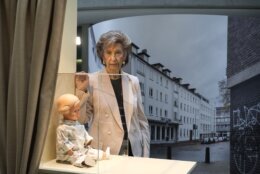 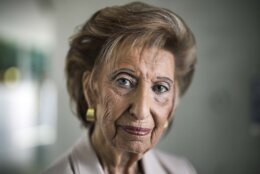 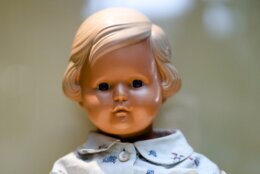 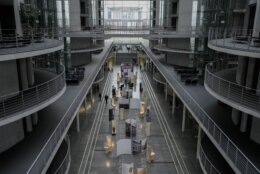 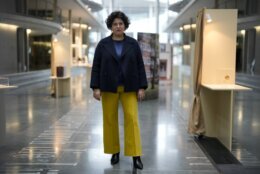 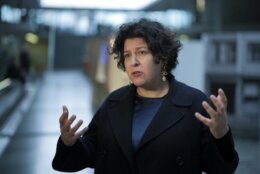 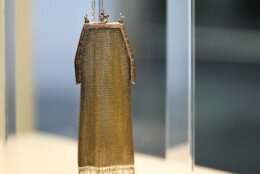 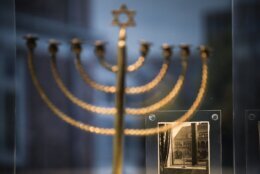 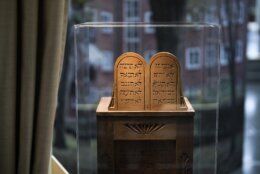 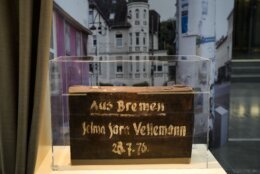 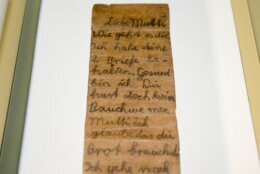 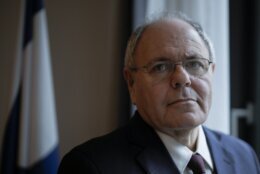 BERLIN (AP) — Lore Mayerfeld was 4 years old when she escaped from the Nazis in 1941. Together with her mother, the little Jewish girl ran away from her German hometown of Kassel with nothing but the clothes she wore and her beloved doll, Inge.

Mayerfeld found a safe haven in the United States and later immigrated to Israel. Her doll, a present from her grandparents who were killed in the Holocaust, was always at her side until 2018 when she donated it to Israel’s Yad Vashem Holocaust memorial.

More than 80 years later, the doll has returned to Germany. It will be at parliament in Berlin as part of an exhibition slated to open Tuesday evening just days before the country marks the 78th anniversary of the liberation of the Auschwitz death camp on Jan. 27, 1945.

The exhibition, Sixteen Objects, also marks the 70th anniversary of the Yad Vashem memorial, bringing back to Germany an array of items Jews took with them when they fled the Nazis. There’s a black piano, a diary, a red-and-white-patterned towel, a stethoscope, a glitzy evening purse and a menorah among the exhibit’s objects.

They were chosen from more than 50,000 items at Yad Vashem that are connected to the Holocaust. The exhibit’s items represent Germany’s 16 states with one coming from each region. They all tell a unique story but share themes of love, attachment, pain and loss.

“These are all absolutely familiar German objects, and they would have stayed that way had the Holocaust not happened,” said Ruth Ur, the curator of the exhibition and Yad Vashem’s representative in Germany.

“The idea of this exhibition is to return these objects back to Germany for a short while, to bring a new energy to the objects themselves, and also to the gaps they have left behind.”

In one of the showcases, there’s a nondescript piece of cloth. It’s part of a flag that once belonged to Anneliese Borinski, who was part of a Jewish youth group in Ahrensdorf outside Berlin. She helped her group prepare for emigration and life in what would later become the state of Israel.

After the Nazis issued deportation orders, the 12 members decided to cut up their “Maccabi Hatzair” youth group flag into 12 pieces, and promised each other that after the war they would meet again in Israel to reassemble the flag.

Only three survived the Holocaust, and Borinski was the lone member who managed to take her piece of the flag to Israel. In 2007, her son donated it to Yad Vashem.

Another item is a brown leather suitcase. On one side, “Selma Sara Vellemann from Bremen” is written in bold white letters.

This suitcase was found in Berlin several years after the war. Yad Vashem researchers were unable to determine how the suitcase got to the German capital, but they discovered that a woman with the same name from the northern city of Bremen had lived in the retirement home in Berlin. In 1942, at the age of 66, she was deported to the Theresienstadt ghetto, and two months later sent to her death in the Treblinka extermination camp.

Beside each of the exibition objects, Ur and her team put up life-size photos of buildings and street corners where the items’ owners lived before the Nazis came to power. The images show modern-day scenes instead of historic ones, a stark contrast to the devastation the Third Reich caused decades ago.

Six million European Jews were killed by the Nazis and their henchmen during the Holocaust. Some survivors are still alive today, but their numbers are dwindling due to sickness and old age.

Mayerfeld, the little girl who fled with her doll Inge in 1941, is one of them. She returned to Germany this week to attend the opening of the exhibition.

Looking at her blond, blue-eyed doll, the now 85-year-old woman pointed out that the doll was wearing the pajamas she wore as a barely 2-year-old toddler on Nov. 9, 1938. On that date, she was hiding with her mother during Kristallnacht, or the “Night of Broken Glass,” when Nazis — several ordinary Germans among them — terrorized Jews, vandalized their businesses and burned more than 1,400 synagogues.

“It’s not a doll that you play so easily with because she’s breakable. So my own children, I didn’t allow them to play with her,” Mayerfeld said. “She sat up on a shelf in my home and they would look at her and I explained, she’s going to break, you know, just look and enjoy her.”

Mayerfeld said it was important for her to come back to Germany and let the public know about her doll, her life and also what happened during the Holocaust.

“The world hasn’t learned anything from this past war,” she said. “There’s so many people who say it never even happened. They can’t tell me that. I was there. I lived it.”