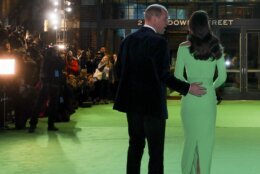 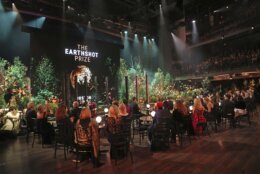 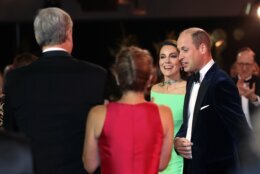 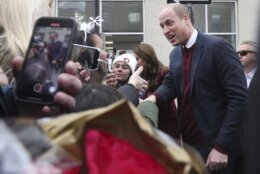 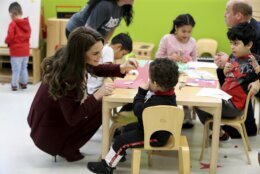 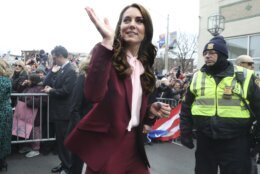 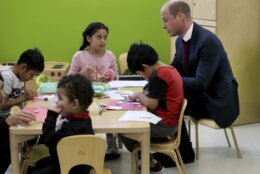 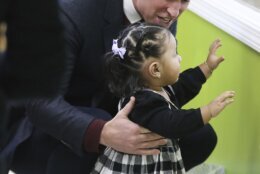 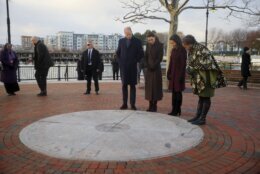 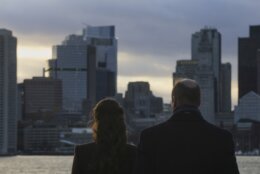 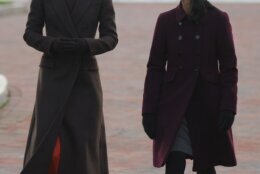 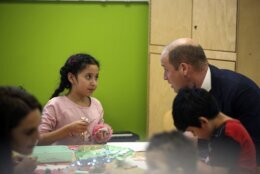 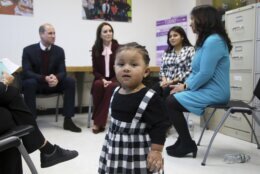 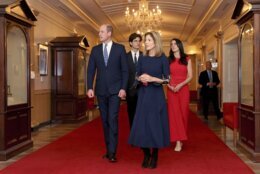 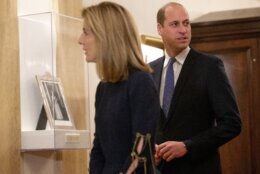 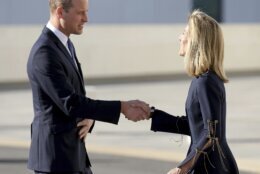 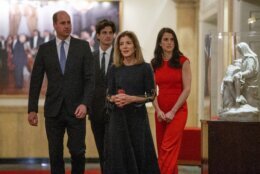 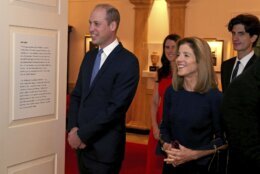 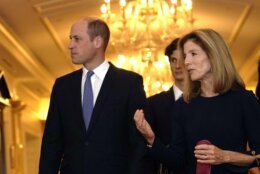 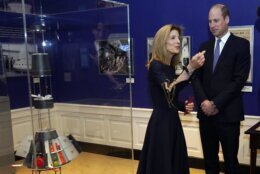 BOSTON (AP) — Prince William capped a three-day visit to Boston by meeting with President Joe Biden to share his vision for safeguarding the environment before attending a gala event Friday evening where he sounded an optimistic tone about solving the world’s environmental problems through “hope, optimism and urgency.”

The Prince of Wales paid homage to the late President John F. Kennedy, saying his Earthshot Prize was inspired by Kennedy’s audacious moonshot speech in 1962 that mobilized the nation to put astronauts on the moon. That same sense of urgency and scale is needed now to protect the environment, William said.

“In the same way the space effort six decades ago created jobs, boosted economies and provided hope, so too can the solutions borne of tonight’s Earthshot Prize winners,” William said.

The second annual Earthshot Prize offered 1 million pounds ($1.2 million) in prize money to each of the winners in five separate categories: nature protection, clean air, ocean revival, waste elimination and climate change. The winners and all 15 finalists will receive help in expanding their projects to meet global demand.

The winners, announced at Boston’s MGM Music Hall, were:

— A woman-led effort to create a new generation of indigenous rangers in Australia.

The entertainers were eager to help.

“It’s the greatest crisis of our lifetime, and I appreciate what Prince William is doing,” Malek said before heading into the venue. “And in the next 10 years I think the impact will be staggering. And we can really effect change in the greatest way with these innovators who are being awarded this evening.”

Before the event, William met privately for 30 minutes with Biden after the two shook hands and spoke briefly in the cold near the water outside of the John F. Kennedy Memorial Library and Museum. As William walked down the steps in his suit, Biden, wearing in a black winter coat, shouted: “Where’s your topcoat?”

William also met Caroline Kennedy, the ambassador to Australia and the late president’s daughter. William toured the museum with Kennedy and told her that her father was “the man who inspired our mission.”

William and his wife, Kate, earlier attended a welcome Wednesday at City Hall and then a Boston Celtics game before the royal couple spent much of Thursday hearing about the threats of climate change and solutions in the works.

William became heir apparent less than three months ago with the death of his grandmother, the queen, but he already has been crowned Britain’s chief environmentalist. That was apparent during the Boston visit, which earned praise for drawing attention to pollution and climate change and the need to scale up solutions.

“I just appreciate that they are using platform and publicity to bring attention to meaningful climate work,” said Joe Christo, managing director of Stone Living Lab, which researches nature-based approaches to climate adaptation and was among those who met the royal couple at Boston Harbor on Thursday.

“I do know his dad is a big environmentalist,” he said. “He seems to be doing a great job continuing that legacy.”

William is following in the footsteps of his environmentally minded grandfather Prince Philip — the late husband of Queen Elizabeth II — and more recently his father and Elizabeth’s successor, King Charles III.

William’s father, in his former capacity as prince, was for decades one of Britain’s most prominent environmental voices — blasting the ills of pollution. Last year, he stood before world leaders at a U.N. climate conference in Scotland and suggested the threats posed by climate change and biodiversity loss were no different than those posed by the coronavirus pandemic.

Now that he is king, Charles is expected to be more careful with his words and must stay out of politics and government policy, in accordance with the traditions of Britain’s constitutional monarchy. This year, he did not attend the U.N. climate conference, which was held in Egypt.

The caution presents an opportunity for William to step into that role as the royal family’s environmental advocate and speak more forcefully about the issues once associated with his father.

There is no better example than the Earthshot Prize.

“It’s a huge deal to Prince William,” Joe Little, the managing editor of Majesty Magazine. “He knows he can attract attention from the most important people. That really is the core of the Boston trip.”

William and Kate got a firsthand look at some recent innovations at a green technology startup incubator called Greentown Labs, in Somerville. Among them were solar-powered autonomous boats and low-carbon cement.

“Climate change is a global problem, so it’s so important to have global leaders talking about the importance of taking action,” said Lara Cottingham, vice president of strategy policy and climate impact for Greentown Labs.

The couple’s first trip to the U.S. since 2014 is part of the royal family’s efforts to change its international image. After Elizabeth’s death, Charles has made clear that his will be a slimmed-down monarchy, with less pomp and ceremony than its predecessors. William and Kate arrived in Boston on a commercial British Airways flight.